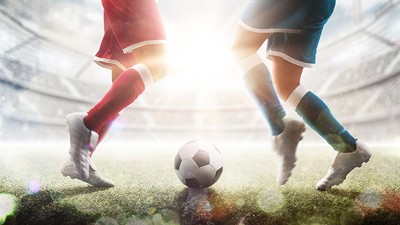 There are so many available markets when it comes to football betting that it can sometimes be hard to know exactly what is what. Each bookie offers something a little different but no matter where you bet, one market you are almost certain to find is ‘Match Odds’. It may potentially feature under an alternative name but the bet itself will be no different as this is the most popular way of staking money on football.

Despite its popularity, the name ‘Match Odds’ might not make a great deal of sense to anyone new to football betting. For this reason, we wanted to give you a quick run-through of this frequently selected market and its various guises.

Match Odds – What Does It Mean?

The Match Odds market gives punters the chance to bet on which team they think will win a given match. Without exception, there will always be three options for this: the home team to win, the away team to win, and the draw. You just need to correctly predict the right outcome to grab yourself a winning bet.

In the example above, if we selected West Ham, a winning bet would be a Hammers victory of absolutely any margin. Whether it is 3-0 or 5-4 is completely irrelevant as long as they end up getting all three points from the match. 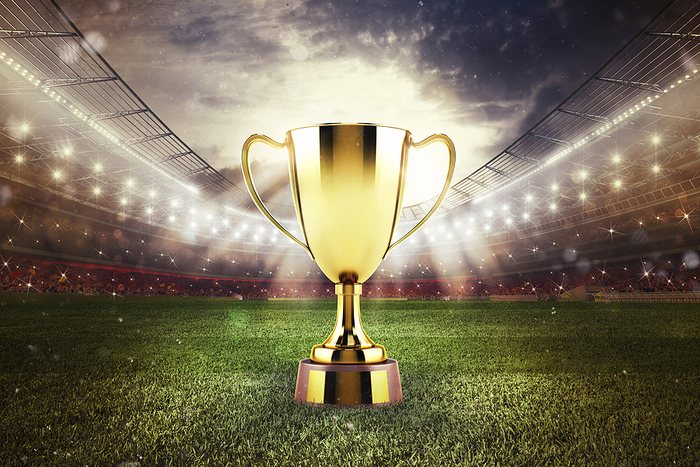 Now, the only potential point of confusion for match odds is when there are two teams involved in a match in a knockout competition, rather than a clash in a league format. You would be right to point out that it is not possible to have a draw in a (one-legged) knockout clash as there must be a winner on the night. While this is true, you can have a draw after 90 minutes (plus any injury time) and this is always what match odds relates to.

In the 2016 FA Cup final between Manchester United and Crystal Palace, the two teams could not be separated in normal time so 30 minutes of extra time was required. United found a winner in this period through Jesse Lingard’s 110th-minute strike. Despite the winner going in, a ‘draw’ was the only correct selection within the ‘match odds’ because this market is always settled after 90 minutes (plus any additional time added by the officials). If you ever want to bet on a team to win via any means, so normal time, extra time or penalties (removing the option of a draw) you will need to find the ‘to qualify’ or the ‘to lift the trophy’ market.

What about when betting on one leg of a two-legged knockout match, like you might see in the Champions League? Match Odds has absolutely no interest in the aggregate score so any bet you place will only relate to the score on the night. Imagine if Juventus beat Real Madrid 2-0 in the opening leg of a Champions League semi-final but then Real won the second leg by the same scoreline at the Bernabeu. Although the match would be 2-2 on aggregate (requiring the tie to go to extra time/penalties) the winning match odds bet for the second leg would be Real Madrid.

Do Match Odds Vary Across Bookmakers?

Usually, you will not find a huge difference in the odds offered between bookmakers, especially in reasonably competitive or high-profile clashes, but differences always exist. Using the West Ham versus Chelsea game mentioned earlier, we looked at the match odds offered by five leading bookmakers.

When it comes to the potential returns from betting on the three outcomes from each bookmaker, this is shown below. 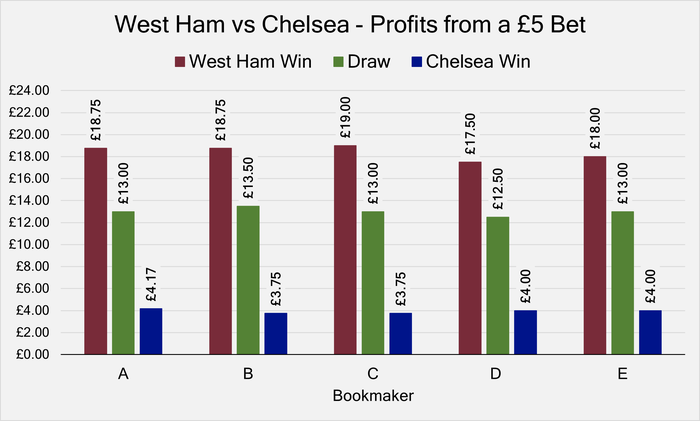 Although no bookie offers the same odds across the board, they are all very close. The bigger differences are seen when there is much more of a mismatch between the two competing teams. In a clash between strong favourites Manchester City and Watford for instance, you could get anything between 11/1 and 16/1 for a Hornets victory. So, if you are wanting to bet on a large upset, we would recommend shopping around first as the payout can be considerably larger.

Unless you have changed your preferences, match odds is what will almost always appear when you see any football fixture at an online bookmaker. It is the default option largely because this is what most people tend to bet on. It may not explicitly say this on the page but if the only options you can see are odds for the two teams and a draw, this will be match odds.

It may be however that your preferred bookmaker does not use the term ‘match odds’. Although this is most common description, it is not the only one that exists. Other alternatives include Match Result, WDW, 1X2 and HDA.

Match result speaks for itself so we do not need to cover this one. WDW stands for Win-Draw-Win with the first W relating to the home team and the second W relating to the away team. HDA and 1X2 work in exactly the same way as you have Home Win, Draw, Away Win or 1 (Home) X (draw) and 2 (Away).

No matter what the market is called, it will always be presented in the same fashion. You will have the home team odds on the left-hand side, a draw in the middle and the away team furthest to the right. This consistent format allows punters to easily select results across a wide range of matches. 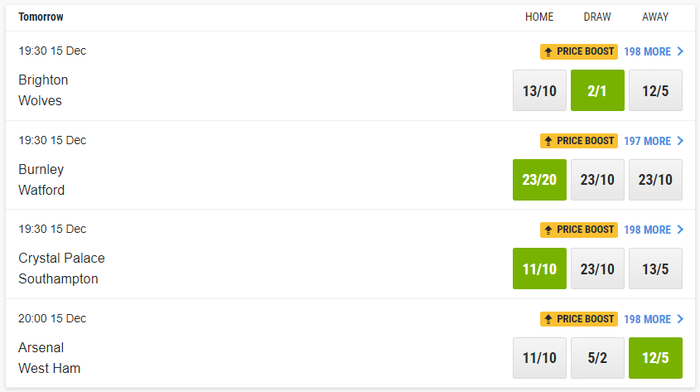 In this instance we have backed a draw between Brighton and Wolves plus Burnley, Crystal Palace and West Ham all to win.

What About When There Is No Home/Away Team? 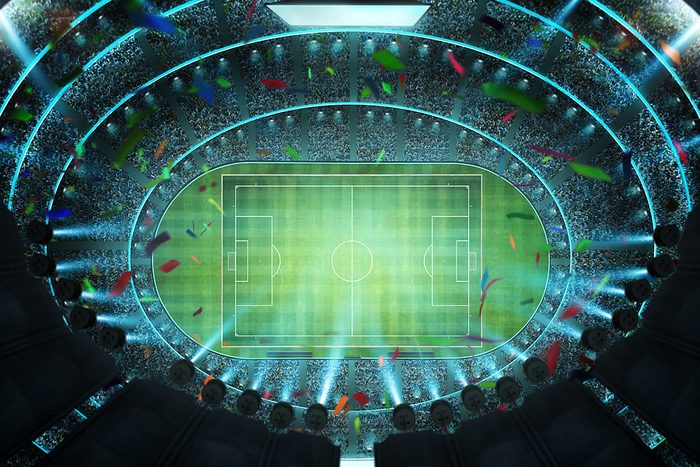 Whether a domestic cup final or an international tournament, there are many football matches played at neutral venues. As such, you may be wondering how the match odds works in these cases as there is no longer a home/away team. Well, the answer is simple because bookmakers always treat whichever team comes first on the fixture as the home team and the second name as the away team.

In the case of the Euro 2020 final, although England were technically playing at home as Wembley was the designated venue, it was strictly speaking a neutral tie (as cup finals always are). In the betting, England were the down as the away team as the match was billed as ‘Italy v England’ not ‘England v Italy’. The reason for this was because Italy won their semi-final game first, thus booking their place in the final, before the Three Lions did.