If you’ve been betting online for any amount of time, you’ve probably already got accounts with many of the high street bookmakers. In fact, we’d bet dollars to doughnuts that the first site you signed up at was probably one of the big boys such as Ladbrokes, Betfred or William Hill.

But you don’t have to bet with the traditional bookies, and there are plenty of new betting sites cropping up all the time – and many of them know that they’re going to have to work a bit harder to get your business, which often results in some very juicy promotions.

In this next section we’ll take a look at our top choices for new online bookmakers. All of them have been thoroughly researched and tested and get our stamp of approval as being trustworthy, safe and on the up-and-up.

1. SportNation – No Bonus, But Regular Offers 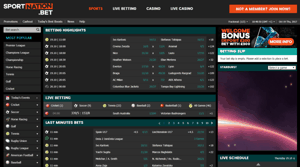 It’s probably fair to say that having Alan Brazil as the face of your bookmaker is one of the strangest things that we have come across in the industry. The former Scottish football legend played a massive role in marketing the first incarnation of this site (it was initially named BetOnBrazil and switched to SportNation in the latter half of 2017) but had very little to do with the day to day running. The company are based out of Switzerland but actually only accept players from the UK, which gives them a very condensed target audience compared to most bookmakers.

As SportNation only targets the UK, it means they are able to really hone in on the sports and markets that these punters are looking to bet on. For example, football is without doubt the biggest attraction here and the market coverage is excellent. The cover a massive range of leagues from dozens of countries, which adds a layer of depth needed for a bookmaker like this to stand out from the crowd. 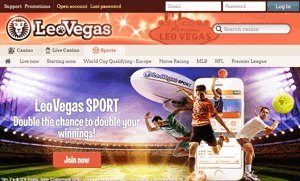 LeoVegas is a brand that is fairly well known these days, but that’s mainly for their integration with the online casino industry. The obvious expansion for companies in online casino is to head into either sports, bingo or online poker, and LeoVegas have done exactly this with their brand new sportsbook that was launched in May 2016.

As a little background to LeoVegas, the company are Swedish based, although they now run out of Mata, whilst their technology development department is still based in their homeland. The sportsbook has been added to try and open their doors to much wider demographic and they are essentially piggybacking on the success of their online casino, one that has won several awards over the last couple of years alone.

Given that the sportsbook is still very much in ascendancy, we were both surprised and pleased to see so many sports on offer in such a short time. You’re big guns are there such as football, horse racing, tennis, golf and rugby, but on top of that more niche sports such as Bandy, field hockey and water sports are all on offer.

What we have noticed from the bookmaker is that they are making a huge effort to keep in contact with sports from their homeland and across Scandinavia. The football markets are full of Norwegian, Swedish and Danish leagues, but you can also get a hold of niche Scandinavian sports such as Pesapallo and winter sports, which are huge over there.

Looking For Even More Options?

If you’ve made it to this part of the page and still looking for more places to bet, then don’t forget to check out our free bets page – the sites on this page may not be brand new likes the ones here, but there’s a chance we’ve got one or two you’ve not heard of before!