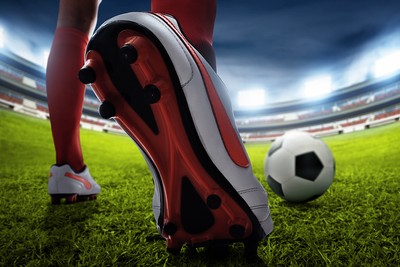 In football, every goal must have a goalscorer, but not all must come with an assist. While 99% of the time, it is easy to know who is responsible for scoring a goal, whether or not someone will be credited with an assist can be far less clear cut. Given that many leagues and competitions officially keep track of assists, it is important to have a clear and consistent definition of what counts, and indeed what does not.

This is especially true given that you can now bet on assists in football matches. Having a clear, well-established definition of an assist, therefore, helps limit controversy when it comes to settling bets. To minimise the chances of any complaints, bookmakers do not make the call themselves, they simply go by what an authoritative source states, usually OPTA. The system has proven to be a success so far with an increasing number of bookmakers offering assist-related markets, which we will look at later on.

In many cases, it is obvious as to which player has assisted a goal. Think of a winger swinging a ball onto the head of a striker or a playmaker with a defence-splitting pass that leaves their teammate one versus one against the keeper. Simply put, it is any instance of one player passing the ball to another, and the receiving player putting the ball into the goal without anyone else getting a touch in between.

What Does Not Count? 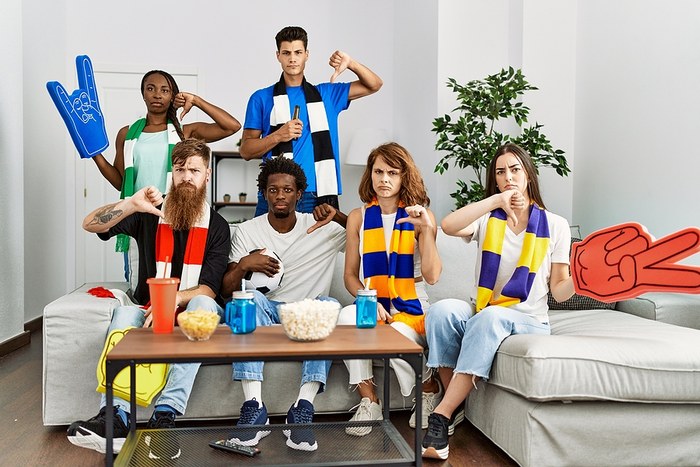 A lot of goals are not scored the way described in the explanation above and in many instances and this can mean no player qualifies for an assist even if they played a pivotal role.

Imagine, if you will, a case where a player fires the ball across the area to his strike partner waiting inside the box. The man in the middle scuffs his shot entirely, and it is clearly heading wide, but it ends up taking a hefty deflection off the defender’s backside before going into the back of the net. The goal is subsequently awarded as an own goal but who is left with the assist? In this case, the answer is that nobody is given the assist. Whenever there is an own goal, nobody on the attacking team will be given the assist.

On a somewhat similar note, you might be wondering what happens if a defender’s howler ends up gifting a striker a goal. A classic example would be an under-hit back pass that is intercepted, allowing the striker to round the keeper and score. As you probably will not be surprised to find out, the blundering defender would not claim an assist, at least not officially. Assists will only ever be awarded for setting up someone on your own team.

In terms of creating a big chance for a teammate, winning a penalty is very high up the list. A free shot on goal from 12 yards out with just the keeper in the way gets converted far more often than not. No matter how the penalty was won though, an assist will not be awarded. So, whether a player was brought down after a mazy run or their goal-bound shot was blocked by a defender’s arm on the line, they end up lacking anything in the way of credit, at least in terms of getting an official assist.

The same principle also applies if you are the player that wins a free kick which then ends up going (directly) into the back of the net. Goals scored directly from corners are much rarer than this, but it has been known to happen now and again. As before though, being the player to win the corner will not result in an assist being awarded to your name.

When attempting to save a shot, a goalkeeper, if unable to catch the ball, will usually try to direct it out of the danger zone. Whether through lack of time, or simply a mistake on their part, this does not always happen, so you do see shots pushed back inside the penalty area. Should an attacking player be first to react to this, they can often grab themselves an easy tap-in. The player that made the original strike though is not only denied a goal for their effort but doesn’t get an assist either. 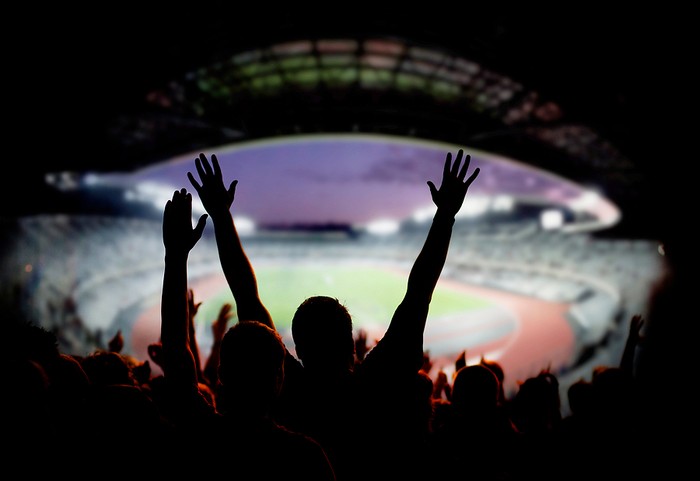 So far we have covered a lot of what does not count as an assist, with the bar seemingly set quite high. While this is true, there are a couple of examples where players can claim an assist in not so obvious circumstances.

There is some leniency shown when it comes to deflections. If a cross or any other kind of pass takes a touch off a defender before finding a teammate who then scores, this may still count. Whether it does or not depends on if the receiving player was ‘likely’ to have received the ball had the deflection not happened. This usually means small deflections are ignored while more major touches end up with no assist being awarded.

Goals created through the use of an arm (or two) is not something we see often in football. Even when such instances occur, the goals are often disallowed with a free kick awarded instead to the defending team. The exception to this however is throw-ins. It is perfectly fine to chuck the ball in from the side of the pitch onto the head or boot of a teammate who subsequently scores. Although a rare occurrence, doing so will count as an assist. One man who knows this better than virtually anyone is Rory Delap. Of his 21 Premier League assists, five came directly from a throw-in.

Intent is not a factor when it comes to awarding an assist, partly because it would add a needless element of subjectivity. If a player completely drags a shot wide, but an alert teammate latches on the end of it and prods it home then an assist will be awarded. The same also applies if a player has a shot that is going in, but a teammate gets the final touch just before it crosses the line. Although a ‘pass’ was not attempted, it has unintentionally ended up being one. 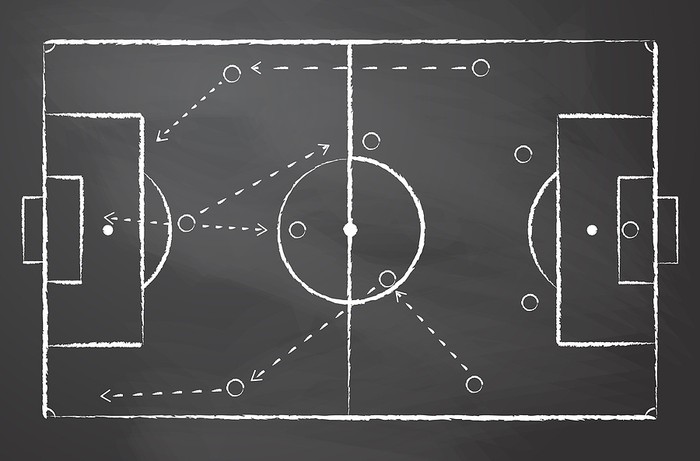 Most of the time, a goalscorer will only need a few touches, if any at all, before firing the ball into the back of the net. In such cases, whoever supplied them with the ball, assuming it was a teammate is clearly the assist provider. What happens, however, if a pass is made but the striker does not score for another 10 or 15 seconds?

Well, providing nobody else has touched the ball in the meantime, the time taken is irrelevant. A great example of this is Son-Heung Min’s solo effort against Burnley in December 2019 which won him the FIFA Puskás Award. Jan Vertonghen was credited with an assist for this incredible effort, despite his pass being 13 seconds before the goal was actually scored. While making a 10-yard pass from inside your own penalty box is probably the most undeserving assist you are likely to see, it did tick all the necessary boxes. 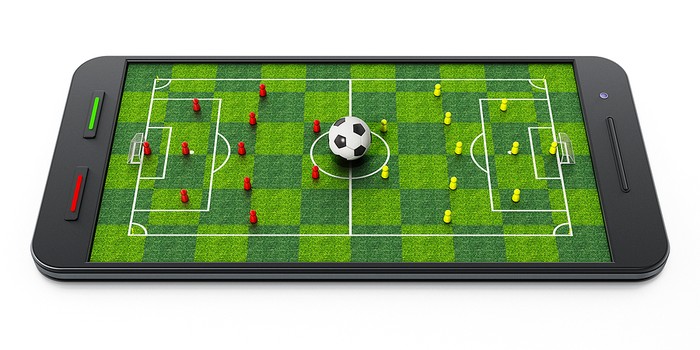 Over eight million players took part in the Premier League’s official Fantasy Football game during the 2020/21 season. Many of you reading this may well play yourself and it is for this reason why we wanted to stress that fantasy football (FF) assists do not always correspond with actual assists. In the spirit of handing out points, FF is more generous with what it classes as an assist. Although for a lot of players both figures were the same, we did notice plenty of discrepancies such as the ones included below (these figures were taken mid-way through the season).

One of the main differences is that in fantasy football, winning a free kick or penalty, which is then converted (by another player) will count as an assist. Additionally, having a shot that is then scored on the rebound also counts.

Hopefully at this stage you have a solid grasp on what is classed as an assist. Equipped with this knowledge, you may decide you fancy having a bet or two on a related betting market. Assist markets are certainly not as common as goalscorer markets, but you can find a small selection at some (usually larger) bookmakers. To give you some examples, we took the odds from a match involving Southampton and Leicester.

This one is simple. You just need to select a player that will be credited with an official assist at some point during the game. If the player does not feature in the match, your bet will be marked as void and your stake will be refunded. Some example odds for an anytime assist are provided below to give you an idea of what to expect, though obviously they will vary significantly for different matches and players.

In reasonably competitive matches, you will often find that the leading options are available at odds of between 2/1 and 5/1.

Selecting a player to assist 1+ goals is the same as the anytime assist market so they should have the same odds. It may be, however, that a bookmaker is providing odds on a player to assist two or more goals in the same game. This will always massively boost the odd but obviously, a player registering at least two assists per match is not a common sight. If you wanted Ward-Prowse for the double, you could have got odds of 28/1 for 2+ assists rather than just 7/2 for 1+.

Here you need to select a correct scoring combination. This can happen at any point in the game but you must have the correct scorer and correct assister in the right order. An example would be Che Adams to score a goal assisted by James Ward-Prowse (7/1).

To Score And Assist

In this case, you are backing a player to both score a goal and assist another. Note that a player cannot, under any circumstances, register an assist for a goal they scored themselves. Not even if they inadvertently end up running onto their own pass before tucking the ball into the net.