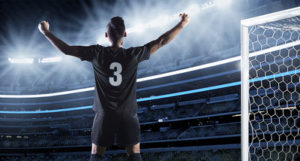 The odds of a player being the first goalscorer will depend on the position that they play in and the team that they play for as these both effect the likelihood of a player scoring first. For example, Lionel Messi might be 5/4 to be the first scorer for Barcelona, but a defender like Virgil van Dijk for Liverpool would be closer to 25/1.

The first goalscorer market can be one of the most lucrative markets to bet on within the football sector. The large payouts for a relatively small outlay means that people often are lured into parting with their hard earned cash in return for a potentially handsome reward. This article will highlight some of the terms and most common questions asked about first goalscorer betting and how they will apply to your bet.

What Is An Each Way First Goalscorer Bet?

Each way betting is a common bet type and can be associated with a number of markets. The concept is that you essentially place two bets; the first on your selection to win and the second on the selection to finish within a certain number of places.

When you are betting on each way bets for the first goalscorer market the same principles apply. The first part of your bet will be on that player to score first at the odds selected from the bookmaker. The second part of the bet will be if your selection grabs either the second, third, fourth or even fifth goal from the match and in return they pay out at around 1/3 of the odds of your original bet. The exact terms may differ but they will be stated.

You decide to place a £5 each way bet worth £10 in total on Bruno Fernandes to score first for Manchester United against Juventus. The odds for the bet are 9/1, the each way terms are paying first 5 goals scorers at 1/3 the original odds. This means that you have £5 on the 9/1 for him to score first and £5 of your stake on the place market at 1/3 of the original odds.

Fernandes does indeed go on to score first in the match, which means that both parts of you bet win. So, you had £5 on at 9/1 to score first, returning £50 in total (inc stake) and you also get paid out on the place market because he scored within the first 5 goals. So, 1/3 of the odds would then be 3/1, returning £20 in total (inc stake). A total return of £70, resulting in £60 profit.

Let’s say that in the same match Fernandes scored second but not first. So, you would lose the first goalscorer bet, but you would still win the place bet at 1/3 the odds. The bet would pay out at 3/1 and your £5 stake would return £20 including your stake. As you would lose the other £5 stake on the win part (to score first), the resulting profit would be £10.

Do Own Goals Count?

Own goals will not count towards the first goalscorer market. So, if an own goal is scored, then for the purpose of this market, it will just assume that no goal has been scored. If your selection then goes on to score the next goal, that will be classed as the first for betting purposes, and would be a winner. It works the same with an each way bet as well, in terms of the place bet not counting the own goal. So, where you selection may actually score the 6th goal of that game, it still be deemed a place winner.

Hint: A neat little trick with this rule is that it makes much more sense to back the ‘no goalscorer’ selection from this market than the 0-0 from the correct score market. This is because if you back no goalscorer and own goal is scored for the game to finish 1-0, then your bet will be a winner. But, if you backed 0-0 in the correct score market with an own goal determining the final result of 1-0, then your bet would lose. More can be found on this in our article here.

What Happens if your Player Doesn’t Start?

Can You Bet on a Player to Score More Than One Goal in a Match? 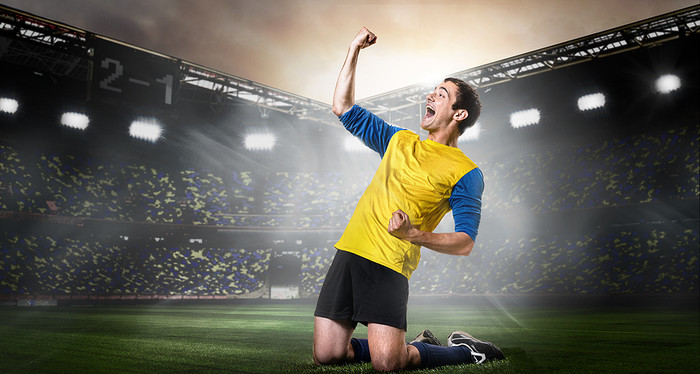 Simply put, yes. You will be able to bet on players to score multiple goals in a match. What you will generally find from these markets is that the bet will be for anytime goals, meaning they don’t need to score first and they don’t have be one after another. But, there are a number of variations of this type of bet and will differ from bookmaker to bookmaker.

The most common variant is for a player to score 2 or more goals in a match. Alternatively, you can select a player to score more than this or simply select exactly how many they will score. You will also be able to select the first goalscorer and multiple goals. For example, you might bet on a player to score first and go on to get a hat trick. As the odds for these types of bets increase due to the likelihood increasing, selecting the exact number of goals is often a more popular bet than simply selecting 2 or more, for example.