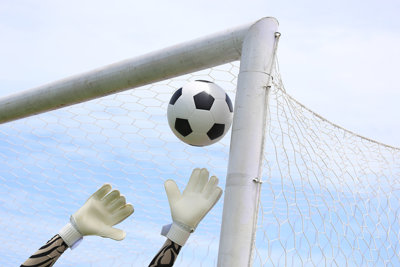 The Both Teams to Score (BTTS) market is one of the latest in a long list of new football betting opportunities that is sweeping the nation at the minute. It’s easily one of the most exciting markets to bet on as it doesn’t require a punter to pick which team they think will win the tie, merely which games they think will include goals.

Whilst it seems pretty straight forward, there is actually a fair amount of strategy involved in this system to pick winners. This is something we will touch on later on in this article.

How Does it Work?

The concept is simple; choose a game where you think both teams will grab a goal. The result of the match doesn’t really matter as all you need for your selection to pay out is both teams, in the game that you have selected, to score.

The most common form of betting with these types of games is in an accumulator, mainly due to the fact that the payout for one result is relatively low (something you can see from the above screenshot). This means you choose more than one selection to increase the odds and essentially the pay-out of any winnings. The more games you include on your coupon will yield higher results, but this does add to the difficulty in picking games in the first place.

As soon as the game includes a goal from both teams then that result is a ‘lock’ and whatever happens in the rest of the match doesn’t take any relevance to your result.

What’s the Difference Between BTTS and Goals Galore? 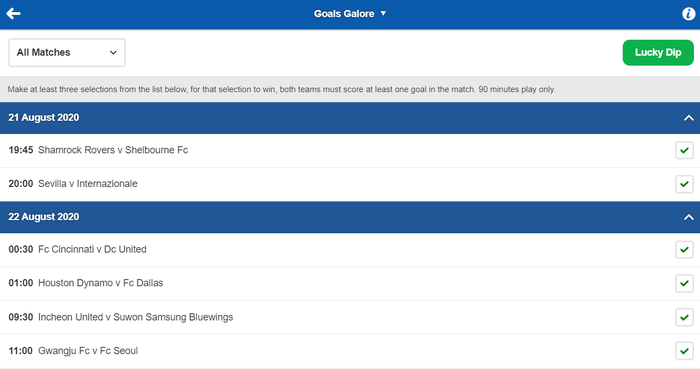 Goals Galore is essentially the market that started the whole craze of this type of betting. It was originally set up by UK based bookmaker Betfred and the success has seen it adopted by other bookmakers in the form of BTTS.

In reality there is very little difference between the two formats, just the naming of each and how the pricing works. The difference comes in that Betfred select a list of games to choose from to add to your coupon each week. These games will be handpicked and are often games that aren’t as likely to yield in both teams scoring. The odds are also fixed based on the number of entries rather than relating to the specific match you’re betting on.

There are usually three lists to choose from with Goals Galore; Long List, Bonus and Super Six Coupons. The Long List is pretty much as it says, a massive list of over 50 games from matches around the UK that are taking place usually over the next couple of days or so. The Bonus Coupon will comprise of a more condensed list, but will include a higher pay-out. For example three correct results in the Long List will get odds of 3/1, but 3 taken from the bonus list will yield around 4/1. Finally the Super Six boost the odds again, with just 6 selections but a three way winner will pay out odds of around 6/1.

It is also important to note that with Goals Galore it is only possible to bet on both teams scoring and there is not equivalent to the slightly newer BTTS-No bet, where you are betting that both teams won’t score – ie: at least one team will fail to score a goal.

Which Has Better Odds, BTTS or Goals Galore? 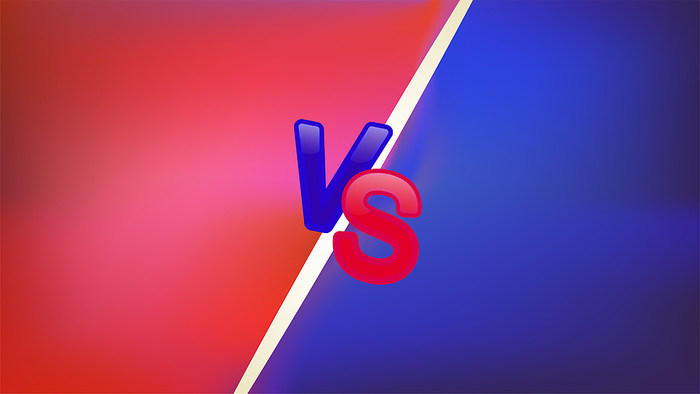 This is an excellent question and one that has been argued many times. The simplest answer is ‘it depends’. Due to the fixed odds nature of Goals Galore it means that it’s slightly detached from the regular BTTS odds. Which can sometimes be a good thing and result in a higher payout, or it could result in smaller odds.

In particular Goals Galore tends to offer bigger payouts for larger accumulators that include multiple shorter odds BTTS bets. If you start including higher odds BTTS bets then chasing the best odds for the bet or combining with some kind of accumulator bonus payout can yield better returns.

Deciding whether your bet would be better off on a Goals Galore coupon or as a straight both teams to score bet is actually a lot simpler than it sounds thanks to the fact that Betfred’s coupons use fairly consistent odds – roughly 3/5 for Goals Galore and 4/5 for the Goals Galore bonus coupon (see tables below).

In both tables we’ve converted the coupon odds from fractional to decimal as it makes it easier to calculate. As you can see the payout per leg is very consistent, with only minor fluctuations which is most likely to do with making the coupon odds nice and neat.

So how does this play out in the real world? In the table below we’ve looked at the BTTS odds for every Premier League and Championship team playing this weekend and checked it against whether or not the match is included in the higher value bonus coupon. Then we’ve compared the odds to see which would be the better bet, BTTS or Goals Galore.

Out of our 22 matches, three had better odds through the Goals Galore Bonus coupon – roughly 13.6%. Based on the above it’s fair to say that most of the time a normal bet wins out over goals galore, but there are enough occasions where there’s better value to be had in the coupons that it makes it worth having a look, especially if you’re placing bets at higher stakes.

Both Teams To Score Betting Strategy

As with all forms of betting it’s imperative that you do your homework prior to placing your bets; Both Teams To Score markets are no exception to this rule.