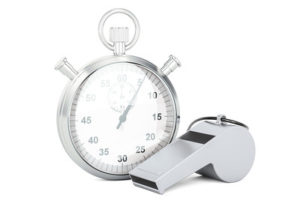 Betting on football is great because there are simply so many options from which to choose. Whilst a lot of football betting fans stick to their favourite markets, such as who will win, over 2.5 goals, both teams to score, or predicting what the score will be, there are as many as 300 different betting markets to choose from on the biggest games.

Half time/Full time betting, which you may see listed as HT/FT or similar, is a mainstream option that has been around for many years. Even so, if you aren’t 100% sure how this bet works, you’re in the right place. This market is brilliant when you are confident about who will win a game but want to try and eke out a bit extra by making your prediction about how the game will pan out just a little bit more specific.

Who Leads At Half time And Full time 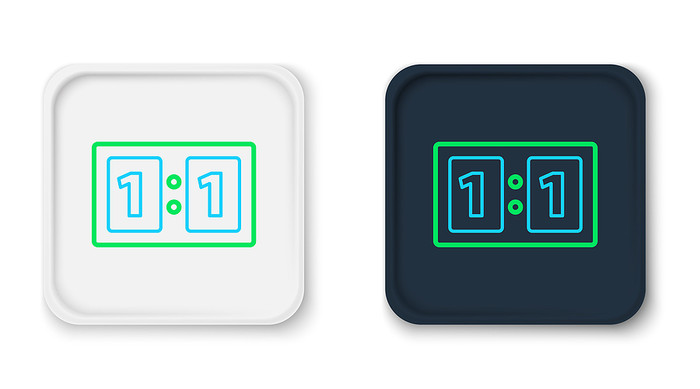 Working backwards, a bet on the HT/FT market takes your prediction for the winner of the game and adds in a prediction on what the result will be at half time. So let’s say you think England will thrash Scotland 4-0 and in addition, you think they will start the game quickly and be ahead at the interval. You would back England/England in the Half time/Full time market. On the other hand, you might think that Scotland will cause an upset and they will win but only after a very tight first half that ended 0-0. In this case, you would back Draw/Scotland.

The various options and indicative odds for this market, based on a hypothetical “Battle of Britain” clash, are as follows. For this example, and to give you a better understanding of the odds, let us assume that for the game in question England were big 3/10 favourites, with the draw priced at odds of 9/2 and Scotland out at a hefty price of 9/1. 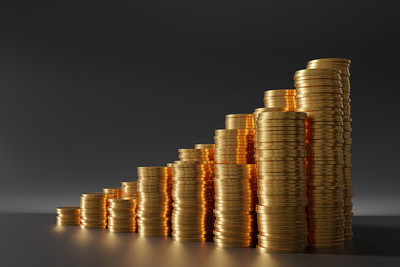 It is easy to see why such a bet has long been a fan favourite. Anyone backing England in the example above to win at short odds of just 3/10 is likely to think that they will get the job done in decent style. It is a significant boost of the price to go from 3/10 to a shade under evens to back England/England in the Half time/Full time market.

Equally, there will be lots of fans who firmly believe that the Three Lions will prove too good but who are put off by the unrewarding odds of 3/10. Few everyday punters are interested in such short favourites beyond including them in accas. However, backing England to be ahead at both half time and full time offers far more bang for your betting buck and in this sort of situation is often a popular wager.

The odds can be increased even further if you opt for draw/England, this option paying out at almost 3/1. In such a game England are expected to win easily but in what is effectively an international derby there is every chance the underdogs might put up a real fight and make it to the interval with the match level. Alternatively in such a “derby” game, you might feel the clash will be scrappy, cagey and devoid of action. If so, backing draw/draw might tempt some people at odds of 6/1, offering a significantly bigger payday than simply backing the draw at 9/2.

No matter which option you go for, HF/FT is a great way to up the odds compared to simply backing the match winner. Football offers betting markets with all sorts of odds, from crazy bet builders at triple-digit prices to markets like over 0.5 goals or over 4.5 corners which are always firmly odds-on. Half time/Full time is a bet that gives you a range of odds and often seems a nice way to increase your potential winnings without having to make a prediction that seems too outlandish. 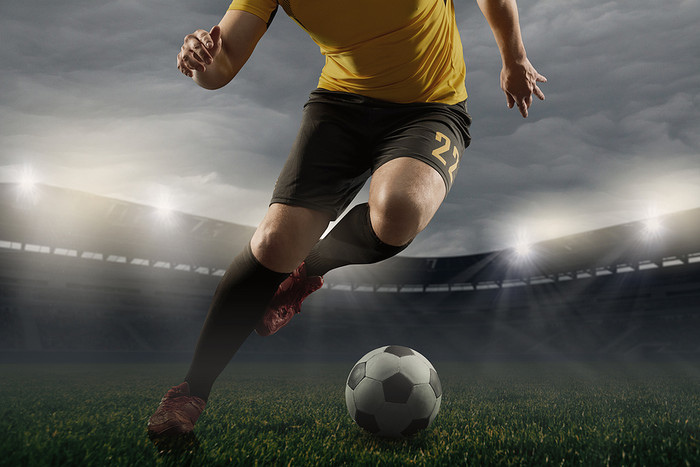 When it comes to betting on this market there is nothing to really be aware of and nothing that should catch you out. As with the vast majority of football markets, unless stated it applies to normal time and injury time but not extra time. The first part of your bet is based on the score when the referee blows for half time and thus includes injury time added to the end of the half. The same applies with the second part of the bet, this being determined by the score at the final whistle, excluding any extra time and penalties.

The only thing to note actually applies not to this bet but to a similar one that sometimes confuses people. If, for example, England score after 10 minutes and then go on to win the game 1-0, England/England will be a winning bet. England were ahead at half time and also ahead at full time. In contrast, a bet on England to win both halves would be a losing one.

England would have won the first half 1-0 but only managed a 0-0 draw in the second half. When you back a side in the To Win Both Halves market, the two 45-minute periods are treated as separate entities with the score within each half considered in isolation. Ultimately though this does not strictly relate to Half time/Full time betting – we have only sought to clarify this as it is a similar market and one which does sometimes confuse people.

Some people misunderstand the concept of value and mistakenly assume something at longer odds offers more value. So punters may say there is more value backing England/England at 20/21 than there is in backing them just to win the game in 90 minutes at the shorter price of 3/10. A bet on England/England offers a bigger return but not necessarily greater value. However, there are times that you may be able to uncover some value using the HT/FT market and this is often down to the way bookmakers price it up.

Many betting sites, especially for all but the biggest games, use the match winner odds to calculate many other markets. For things like correct score, the handicaps and indeed Half time/Full time, the basic win/draw/win odds are sometimes the main, or even only, factor bookies use. Obviously, there is a correlation between the odds for some markets and the odds for others. It makes sense that if a side is a very big favourite to win the game they are also likely to be priced at short odds for the -1.5 Asian handicap, to win 3-0 or to be ahead at both half time and full time, for example. 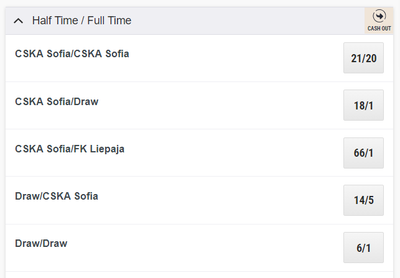 However, whilst there is often some correlation between the probabilities of broadly related markets, it is not necessarily as direct as the bookmaker’s odds may suggest. This may create opportunities for canny punters to obtain excellent value bets in the HT/FT market. For example, if you know that a very strong side tends to start matches slowly and wear opponents down, backing the draw at half time and them to be ahead at full time may offer real value. Such a side, Spain for example, may be a huge favourite to win the game, leading to very short odds on Spain/Spain. Consequently the price for Draw/Spain may be higher than it “should” be, giving the shrewd punter a chance to land a winner at a big price.

As another example, in the 2020-21 Premier League season, Manchester United got into the habit of conceding a lot of early goals. Whether this was just a bad habit, a psychological factor or a coincidence, they came from behind to win 10 games that season, an all-time Premier League record. Whilst not all of those would have delivered wins for bets on Team A/Man United, a number did, and these would have paid out at really rewarding odds too.