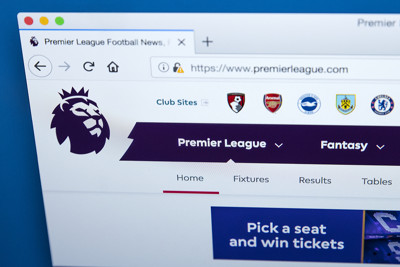 For football betting strategies, and indeed betting strategies on any sport, to be successful, the punter must seek out ‘value bets’, that is to say bets for which the odds are greater than the actual probability of that event happening. We go into a lot more detail about this on our dedicated Football Betting Strategy section, but essentially finding value bets is the goal for any shrewd punter.

Finding value bets is often best done when you find out some information that the bookmaker is unaware of that could affect the accuracy of their odds. The problem is, when it comes to the Premier League, it is all but impossible to steal a march on the bookies when it comes to access to information about the top teams and players.

Information is Power, But is There Anything the Bookies Don’t Know? 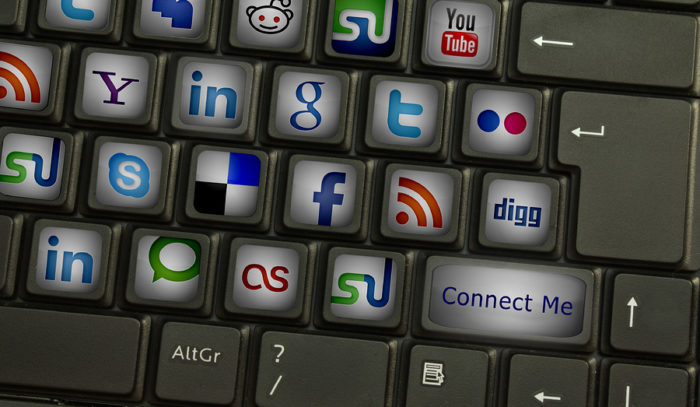 There are so many news outlets, websites and social media sites generating masses of information and data about the top flight. To sift through every last scrap of available info about the Premier League, all of which instantly come into the public domain, would be a time consuming task.

Betting on the Premier League is big business for most bookmakers and they invest considerable resources to make sure their odds are right and they have as much information on their markets as is possible. It is, therefore, very difficult to get an edge on them. It is highly unlikely that you will be able to react to some crucial team news or a managerial sacking before the big bookies have adjusted their odds to take such news into account.

For instance, suppose Harry Kane suffers an injury in training ahead of a Tottenham match; if you were able get hold of that information before the bookies it is likely that you could get a great value bet for one of his understudies, Fernando Llorente or Son Heung-Min, for instance, in the first goalscorer market. In reality, unless you happen to be watching the training session in person and then get your bet on within minutes, the bookies are likely to change their odds before you find out about the injury.

The ‘Nothing To Play For’ Fallacy 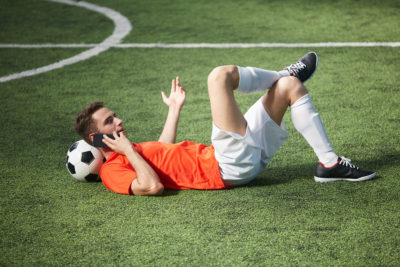 As such, finding value bets on the Premier League can be more about analysing and identifying the bookies’ misjudgements of a given situation. For instance, it has been known for bookmakers to put too much stock on a team having ‘nothing to play for’.

Often towards the end of a Premier League season there are matches in which a mid-table side that can neither be relegated nor qualify for the Europa League will host a relegation-threatened side that is fighting for survival in the top flight. As we detail in our Football Strategy piece, it can often be the case that bookies will make the visiting side favourites despite them having been poor all season (indicated by the fact they are in the relegation dogfight in the first place). This could indicate a fine opportunity to grab some betting value by backing the home side. 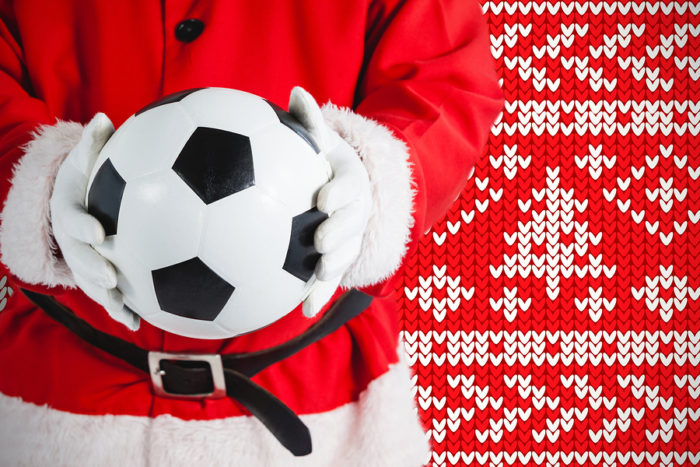 Football fans love the hectic festive football frenzy when the games are coming thick and fast and the players become prone to mistakes and mishaps. It’s fair to say many managers don’t share the fans’ enthusiasm for so many games in such a short period of time.

From a betting perspective, though, this can be a good time to seek out some shock results. Boxing Day and New Year’s Day fixtures often throw up some surprises, and though it’s more likely due to player fatigue than festive excess, Man City away at Newcastle on a cold, blizzardy late-December night might just give you the chance to earn a few quid.

Generally the bookies will factor in weather conditions and so on, but so scared are they of overpricing the best sides in the land, it is often the case that if there are factors that play into the hands of their opponents, there is value to be had. 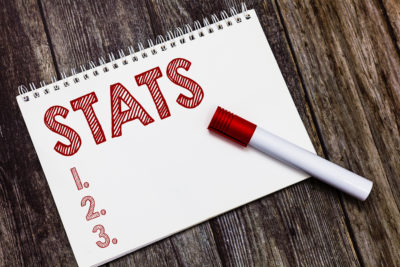 As well as information, statistics can be very useful when it comes to picking out winning bets. Whether you are focussing on average goals per game of a given side, statistics on a player’s shots to goals ratio or refereeing stats, it generally pays to delve into the facts and figures before placing your bets.

For instance, if you are inclined to bet on the number of yellow cards that will be shown in a given match, it really makes sense to check who the referee will be for the game and to look at their stats. All too often, punters focus on the teams and players, overlooking the fact that the referee is the man handing out the cards.

For instance, in the 2019-20 Premier League season, Stuart Attwell refereed 21 games and dished out a cool 88 yellow cards, an average of 4.19 per game. Kevin Friend, meanwhile, somewhat lived up to his amiable name by reaching for the yellow on just 73 occasions over the course of the 25 games in which he was the ref, an average of just 2.92 yellows per game. 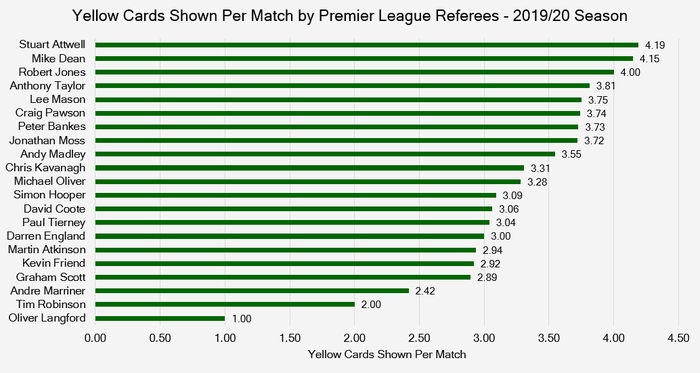 Of course, as with most pieces of information relating to the Premier League, the bookies’ odds will no doubt take account of who is the referee of a given match. But refs can get injured too, so if you are on the ball and you see a ref pull a hamstring in a game on Saturday, and you know the next match in their schedule, there is a chance you could use this to your advantage.

Another statistic that could be worth investigating involves how teams score their goals. Again looking back to the 2019-20 season as an example, it is notable that Sheffield United, Everton, Brighton and Aston Villa Stoke scored just a single penalty each during the season. As such, you clearly wouldn’t want to bet on a penalty to be scored if any of these sides hosted each other.

Conversely, and perhaps unsurprisingly, Manchester United scored a whopping ten times from the spot, something that a savvy punter might take advantage of if the Red Devils faced another side who won (and scored) penalties more than most, for example Chelsea who scored seven.

Of course, however much you study the available information, it’s really not easy getting any kind of edge over the bookies when betting on the Premier League and it is more a case of using the available statistics, taking account of trends, form and psychology, and having a little helping hand from Lady Luck when you place your bets.

Here we have a few facts and statistics about the Premier League, all of which are correct as of the start of the 2020-21 season.

A Brief History of the Beginning of the Premier League 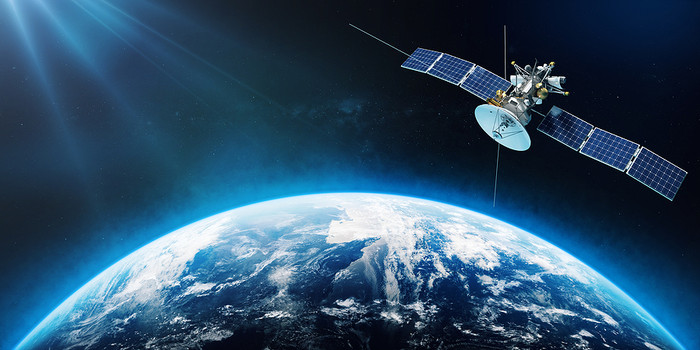 It is no exaggeration to say that the Premier League changed football. Since it was founded on 20th February 1992 after the clubs in the Football League First Division decided to break away from the Football League, English top flight football has been catapulted into a global phenomenon. Now broadcast to a potential television audience of almost five billion people in over 600 million homes around the globe, the Premier League is now the most-watched sports league in the world.

How did it all Start?

The reason the Premier League came about was in part due to the fact that the old First Division had begun to lag behind Serie A in Italy and La Liga in Spain in terms of both average attendances and, crucially for the clubs, revenues. There was a sense of missed opportunity amongst many of the top clubs’ chairmen, that the potential earning power of English football was not being realised.

In 1990 representatives of the biggest clubs in the land (Manchester United, Liverpool, Tottenham, Arsenal and Everton) met with Greg Dyke, then the MD of London Weekend Television. At the meeting they discussed the possibility of a breakaway from the Football League as a mechanism to boost the incomes of the clubs.

After the conclusion of the 1990-91 season, The Founder Members Agreement, signed by the biggest clubs in English football, was put forward. This set out the principals of a new breakaway league in which the clubs could negotiate their own broadcasting and sponsorship rights without having to defer to the Football League.

The final piece of the jigsaw that led to the split from the Football League and the formation of the Premier League was BSkyB’s successful £304 million bid to purchase the broadcasting rights to show top flight matches exclusively for a five year period from the 1992-93 season.

This dwarfed previous broadcast rights packages and the clubs in the newly formed Premier League would benefit greatly in financial terms. Ironically, Dyke and his ITV broadcaster didn’t even get the highlights package (that going to the BBC) despite the future FA chief being instrumental in getting the whole Premier League show on the road in the first place.

The inaugural Premier League season saw 22 sides competing, with Sheffield United’s Brian Deane scoring the first goal of the new league in a 2-1 victory over Manchester United, who then went on to find the first ever Premier League title: 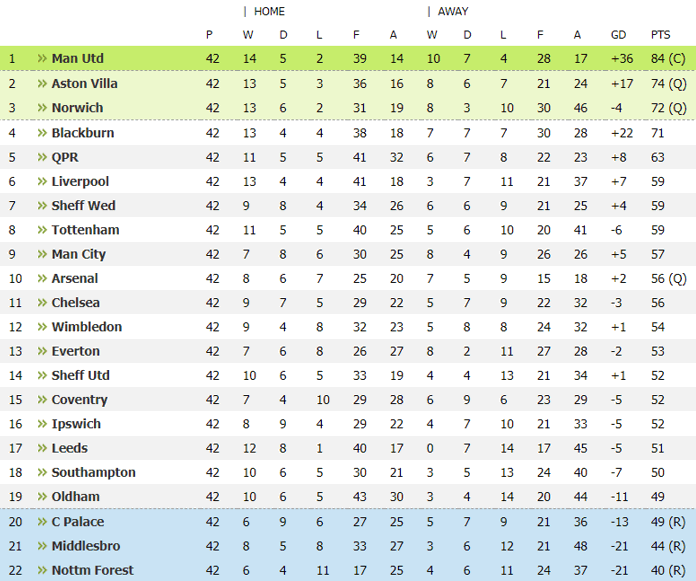 Fast forward to the present day and the Premier League is an extraordinary success story, bringing many of the best players and coaches in the world to the English top flight and producing scintillating football for fans all over the world to enjoy. Long may it continue!