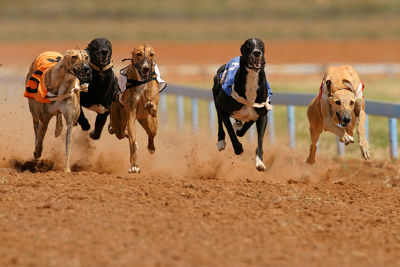 Greyhounds have been raced in Britain since 1926 with the recognisable circular track and hare arriving from American race tracks, and it quickly became a very popular pastime with a peak of 36 million spectators in 1946. Although seen in the public eye as predominantly a northern and working class sport, current race attendees come from all walks of life, and with over three million spectators at 26 different tracks in the UK visiting ‘t’dogs’ is still a popular way to spend an evening.

Of course, unless you particularly love robotic hares, a trip to the track is usually to enjoy some betting. All dog tracks have onsite bookmakers but more and more punters are now placing bets with online bookies as they can then take advantage of a range of odds and the numerous promotions offered by different companies. This guide will give you a quick run through of some of the best bookies and bets about, as well as what to look out for.

Best Bookmakers For Betting On Greyhounds

Almost all UK bookies offer betting on greyhounds but here we consider the only the best of the best, based on their odds, offers and depth of coverage. 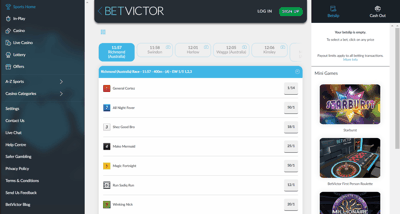 BetVictor has been trading since 1946, was a pioneer of online betting and one of the first to move their offices offshore for tax reasons (BetJimmyCarr coming soon?). They have always been one of the top notch bookies on all sports and with a first rate website that is intuitive and user friendly, Victor is highly regarded by their customers. If you find online bookmakers frustrating to navigate, BetVictor may be a good place to hone your skills and build confidence before spreading to other platforms.

Promotions for the greyhounds are few and far between, although they do occasionally crop up, but what they do offer are impressive odds: lots of  value bettors will use BetVictor regularly as their odds are usually one of, if not the, best on the web. BetVictor also exhibit some interesting bet combinations such as the Trap Challenge (see bet types) which will spice up a night’s racing if you fancy betting on something slightly different.

How To Bet On Greyhounds

If you’ve never placed a bet on the dogs before we’ve got everything you need to know right here, with a focus on the main betting markets that are available.

As with many sports, there are masses of different options when it comes to betting on the dogs but here we take a look at the best, most popular and most widely offered bets around.

For the most part greyhound betting is quite straightforward, however there can sometimes be incidences where the rulebook has to come out to settle the bets. Each bookmaker has their own terms and conditions; wherever you place your bets make sure to run through them so you will not be caught out by the small print. This is especially important if you regularly wager large sums, although the vast majority of your best are sure to settle hassle-free.

There may not be as many dog tracks as there used to be, with there being a worrying trend of knocking them down to build houses, but there are still a handful scattered around the country. 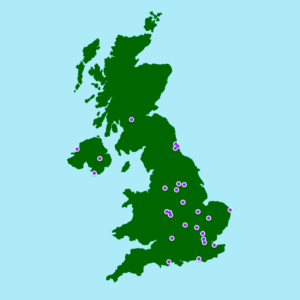 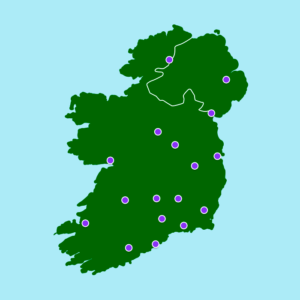 How Has Greyhound Racing Changed Over the Years?

Greyhound racing has been one of the world’s most popular sports over the last century or so. But, it’s fair to say that in recent years the sport has been in decline and now, probably more than ever, under threat of extinction all together.

The sport actually stared life in America and the first track was set up in Emeryville, California by O.P Smith in 1919. The sport had thought to have first been tried on a straight track in 1876, but it was the Californian track that was the first of its kind and the first purpose-built race track for the sport of greyhound racing.

It didn’t take long to make it over the UK and the popularity that it had gained in the US was a springboard for it do well in the UK. By this time horse racing was already a hugely important sport for the UK markets and it was thought that greyhound racing would be the perfect accompaniment to that.

It was another American in the form of Charles Munn who was the pioneer in bringing the sport to the UK. His ambition was brought to relatively in 1926 when he, along with Major Lyne-Dixson, a Canadian veteran managed to raise £22,000 to launch the Greyhound Racing Association. The first meeting in Britain was then set up to run at Manchester’s Belle Vue Stadium, which is still one of the most popular tracks in the country to date.

It did take a while for the sport to really catch on though. The track facilities were poor and whilst it was targeting local working-class men, the lure of horse racing was proving to be much more popular.

One of the biggest driving factors to the sports success was switching the race starting times from the middle of the day to that of evenings and weekends. This meant that people were able to go to tracks after work and as the number of people attending grew, the number of meetings that were taking place also grew. It wasn’t long until meeting was taking place several times a week, with high crowds attending.

The “golden age” of British greyhound racing was just after the Second World War. In 1946 it was reported that tracks throughout the UK had seen over 34 million paying spectators in that time. Given that the total UK population at the time was just under 49 million, it proved to be a quite staggering stat.

At this time there were 77 licensed dog tracks in the UK and over 200 independent tracks. 33 of these were located in London and it was a sport where dozens of races would be held every night across the country. In fact, it was one of the biggest sports for betting at the time and many bookmakers were seeing bigger returns from greyhound racing than they were from the horses.

The Return of the High Street Bookie

Ultimately what made greyhound racing popular in that of on-course betting, has also proved to be one of the sport’s biggest demise. As the ban on high street bookmaking was lifted in 1961 the numbers had an almost instant hit on greyhound tracks and the number of people that would regularly attend.

Betting has been part and parcel of the greyhound racing scene since day one, much in the same way it is for horse racing. In fact, you could argue that it plays an even bigger role than it does with horse racing. Many people attending the greyhound races were do so to gamble. As they were now able to do this without have to pay any admission into the track and from the high street, the need to attend race meetings fell.

The numbers are just as damming all over the world and it’s not just the UK that is feeling the pinch. In the US just 19 tracks are now open across the whole country and in Australia a bill was actually passed to ban the sport altogether, although this was later rescinded.

A huge pressure has been put on the industry when it comes to animal cruelty. The number of races that take place at the peak of the sports powers requires a huge number of dogs to be trained throughout the country. The number of dogs got to a point where it was out supplying the demand and as a result, many were being discarded if they weren’t up to the task.

This obviously caught the attention of animal welfare groups, many of which have been campaign against the treatment of greyhounds and also helping greyhounds who retire to fund suitable homes, instead of simply being killed off. In fact, the killing of former racing dogs is now part of a huge underworld scheme that runs within the industry with firms offering to perform the task in bulk, for a fee. Highly illegal and damming for the sport. A stat released by the Greyhound Forum stated that 3,700 of 9,000 retired greyhounds are “unaccounted for” every year.

What Does the Future Hold For Greyhound Racing?

Whilst it may seem all doom and gloom for the sport, since 2010 there has been a sign of some stabilisation. There have been very few track closures, with just Wimbledon being the biggest one to leave of late. But, as the site was sold for development, it does cause concern that if land values keep increasing and attendance keeps dropping other tracks could suffer this same fate.

Online betting is probably the sport’s biggest saving grace. As you will see from our track previews above, a lot of them are actually owned or part-owned by a number of bookmakers, such as Coral, Ladbrokes and William Hill.

The reason that they bookies have got involved to keep the tracks is that so many people bet on the races that it’s in their interest to run them, even at a loss, in order to preserve the turnover they get online and through their shops.

Is this the future of the sport? It wouldn’t surprise us to see that online bookmakers help save the future of a lot of greyhound racing tracks for this exact reason. There is little doubt that the likes of Belle Vue, Doncaster, Brighton and Hove and Newcastle are all iconic tracks, but it’s been their drive to work with bookmakers in either naming rights or sponsorship deals that have allowed to not only keep afloat, but also thrive.

Another key point to the success of these tracks is improving the overall facilities. A vast number of the sites that have been closed have done so because of declining figures. Greyhound tracks have unfortunately been stuck in a bit of a rut. The low numbers throughout the 90’s and 00’s has meant that investment into facilities has been very little.

If the remaining tracks are going to stay open this needs to be addressed. Unfortunately, people no longer want to spend money to be in sub-standard and old-fashioned bars, restaurants and grandstands. It’s catch-22 to some extent, but investment (improvement) is definitely something that a lot of tracks really need to bring to light.