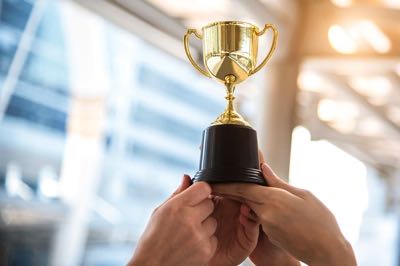 Bookies today offer so many different betting markets it can be a little tricky to know what they all mean. There is nothing at all complicated about the highly popular and very traditional ‘to win’ market but ‘to qualify’ or ‘to lift the trophy’ may raise a couple of questions.

Although they do seem like they could mean the same thing, these bets are actually different from your standard ‘to win’ bet. Exactly how they differ, and where you might find these bets, is something we will make clear in this article.

What Are to Qualify/Lift the Trophy Bets?

Typically, the ‘to qualify’ or ‘to lift the trophy’ market is something you will find in certain football matches. It is possible to see them in other sports (such as rugby or cricket) but nowhere near as often as with football. As such, we will focus solely on the beautiful game throughout this article.

When Is the ‘to Qualify/Lift the Trophy’ Market Available?

Within football, it is not a betting market you will find week in, week out as it is not relevant to league fixtures, only matches in cup competitions, such as the World Cup, the FA Cup or the Champions League. It is also only relevant to the knockout stages of cup competitions, so you will not, for instance, find the market available for a Champions League group stage bout.

Get into the last 16, quarter-finals and so on, though and you will see it as one of the most prominent markets available to you when betting. The knockout match can be one-legged or two-legged, in either case, you can still place a ‘to qualify’ bet.

Is ‘to Qualify’ & ‘Lift the Trophy’ the Same Market?

To be clear, when betting on a cup competition you will either see the ‘to qualify’ or ‘to lift the trophy’, not both. They are effectively the same bet but the wording changes depending on what stage of the competition it is. For anything earlier than the final (as long as it is in the knockout stage rather than the group stage, if there is one), you will see ‘to qualify’, as in to qualify for the next round. For the final though, when there are only two teams left, the same market changes to ‘lift the trophy’ because there are no more rounds to qualify for.

Despite the name change, the bet still just involves you picking the eventual victor of the tie. As they are both the same market on a fundamental level, this is why we have paired them together.

How Does a ‘to Qualify/Lift the Trophy’ Bet Work?

We touched on this in the above section but for ‘to qualify/lift to the trophy’ bets you want to put your money on the team that will prevail in an upcoming knockout clash. In other words, you want to pick the side that avoids elimination. It is always a two-way choice because knockout matches only ever feature two teams.

There is a very important distinction to be made between this bet and a ‘to win’ bet. A ‘to win’ bet relates to the score after 90 minutes. So say we have a one-legged FA Cup semi-final clash between Manchester United and Arsenal and you fancy the Gunners to book their place in the final. If you bet on Arsenal to win, they would need to win the match in 90 minutes for you to win money. With a ‘to qualify’ bet, however, the Londoners could win in 90 minutes, extra time or on penalties. Basically, any method of victory is fine for a to qualify bet but not with ‘to win’.

For a two-legged cup, say a Champions League quarter-final, the same underlying principles apply. Say we have the footballing giants of Bayern Munich and Real Madrid involved. The first leg finished 2-0 to the Spaniards and you think they will have enough to see the tie out during the second leg in Germany. A ‘to win’ bet is you betting money on Real winning the second contest by any margin. A ‘to qualify’ bet however only requires Los Blancos to book their place in the semi-finals, which they would do with any win, any draw, or a one-goal defeat. They could also potentially do so with a two-goal defeat providing they won the tie in extra time or on penalties.

What About the Odds? 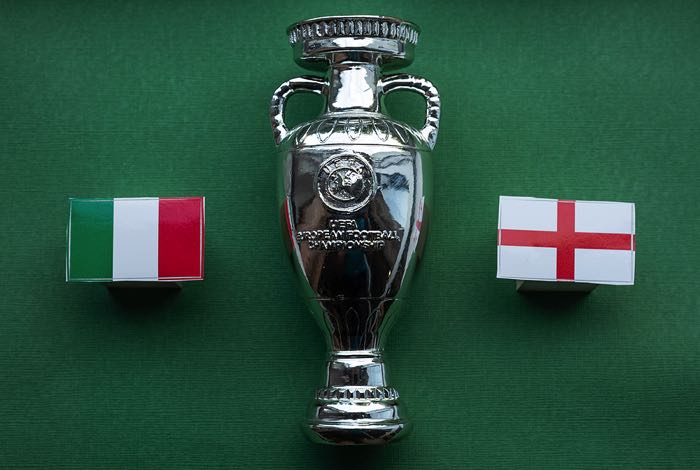 For one-legged cup ties, ‘to qualify/lift the trophy’ odds will be available at smaller odds than the ‘to win’ prices. This is because there is no longer the possibility of a draw. The to win market is able to offer a draw because it only focuses on the result after 90 minutes but a draw is simply not a possibility in the ‘to qualify/lift the trophy’ market. We know for a fact that there will eventually be a team that qualifies for the next round or lifts the trophy even if it requires 30 penalties in a shootout to decide.

For a two-legged clash, the picture is not as clear-cut due to the advantage that comes with playing on home turf. A team, for example, may be the 6/4 underdogs to qualify overall but they are the 4/5 favourites to win their home leg.

To show you how the odds might change though, we have taken the prices offered by one bookmaker for the Euro 2020 final between England and Italy. In this instance, the difference between the ‘to win’ and ‘to lift the trophy’ is quite substantial because of the low odds available for a draw. By removing a quite likely possibility from the equation, you did get significantly shorter odds compared to those in the ‘to win’ market. It was a price worth paying in this instance mind you with the game finishing 1-1 after 90 minute

Let us take another game in which the odds for a draw were a fair amount higher. Sticking with the Three Lions we will use their Euro 2020 quarter finals clash against Ukraine.

In this example, there was still a fair drop. A £10 bet on England to win would have won you nearly £5 if betting on the ‘to win’ market but just £2 with the ‘to qualify’ market. Potential returns on Ukraine were nearly half as small too.

To finish up, we will provide you with an even greater mismatch to show you how the ‘to qualify’ odds can change. These are taken from a 2021 CONCACAF Gold Cup qualification match between strong favourites Guatemala and underdogs Guadeloupe.

The odds for Guatemala do not actually drop by a huge amount here as it was expected they would have no issues winning within 90 minutes, and so not require extra time or penalties. As for Guadeloupe, their to qualify odds are much shorter because their most likely route of qualifying came from getting a draw first and then winning in extra time or on penalties rather than winning within 90 minutes. This is what happened in the end with the French overseas nation winning a thrilling penalty shootout 10-9 following a 1-1 draw.

When Is It Best to Place a to Qualify/to Lift the Trophy Bet?

This is definitely a popular market and for good reason too. Knockout games are often cagey affairs so it is not at all unusual to see a contest all square after normal time. In Euro 2020, eight of the 15 knockout games finished all square after 90 minutes, the same number as in the World Cup 2014.

So, a bet on the to qualify/lift the trophy market is ideal in situations in which you are confident of one team prevailing, but you are not overly confident they will do so in 90 minutes. This can happen in situations in which the opposition team is relatively strong but they lack squad depth/fitness levels, so are likely to tire in extra time. They may also have a fairly poor penalty shootout record providing they can hold on that long.

The same logic can also be applied to a two-legged tie. You believe that one team’s never-say-die attitude and attacking threat will ultimately see them victorious, but you are not so sure how. Rather than backing them to win the home/away leg, you can simply back them to qualify for the next round.

You can wait until the result of the first leg is known before doing this but you may no longer have access to such good odds if the team secures a positive opening result. If you perhaps see them slipping up initially though, you could well be better off waiting until after the first game to take advantage of a larger price.

As a final point, it is important to remember that to qualify/lift the trophy bets will not always be your best approach for a tightly contested knockout game. If you think things will be so close that a draw after 90 minutes looks on the cards, this will usually be a more rewarding bet. You can also unlock much larger odds by being even braver and placing a bet like England to win in extra time or Germany to win on penalties. Even in very competitive matches, markets like this are usually available at odds of between 6/1 and 10/1.

To Qualify/Lift the Trophy FAQs 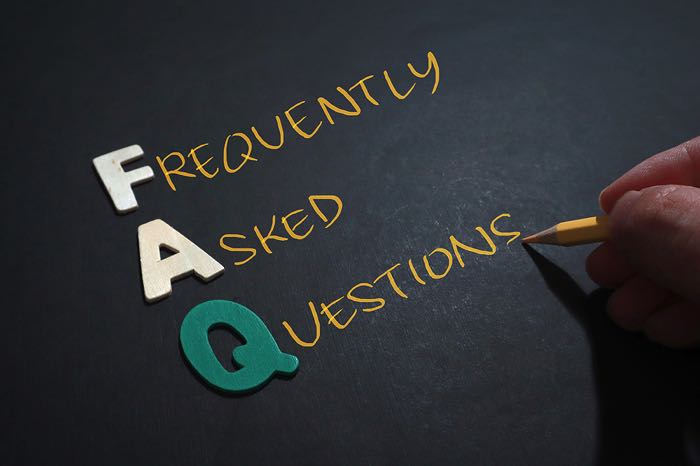 Here we tackle some of the most frequently asked questions about these betting markets.

Q: I want to back a team to win a tournament but the ‘to lift the trophy’ market is not available?

To qualify/to lift the trophy bets are match bets, not outright tournament bets. You will only see the ‘to lift a trophy market’ in a cup/tournament final. If you want to place money on a team to win a competition before the final, you will need to head to the outright betting (for example, the ‘win the World Cup’ market). Here you will be able to place money on any of the clubs still left in the competition.

Q: Will my bookmaker offer ‘to qualify/lift the trophy’ bets?

It really is a common market so we would be very surprised if your particular bookmaker does not offer this for cup clashes. If they are failing to offer such a popular market we would suggest you may want to think twice about which bookmaker you bet with as plenty of their rivals would certainly oblige.

Q: Why is to lift the trophy an option when there is no trophy?

Do not take the phrasing too literally as sometimes there will be no actual trophy up for grabs. The market can be used for betting on the eventual winner of a tournament match that has no further rounds, for example, teams competing in a third-place play-off.