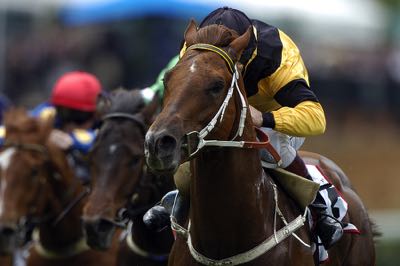 Every punter is looking for an edge over the bookies. It doesn’t matter which sports you like to bet on, having that extra bit of information is always welcome. We don’t always have the time or the knowledge to get that edge for ourselves, which is where tipsters, pundits and analysts come in handy.

Even those tasked with using their expert advice to find winning bets cannot have the same level of confidence about all of their tips. That is where naps come in. If you want to know what a given pundit considers to be their best bet of a day’s racing, take a look at their nap. But what exactly is a nap? Where does the term come from and how can you use them? We have answered those questions and more below.

Where Does the Term Nap Come From? 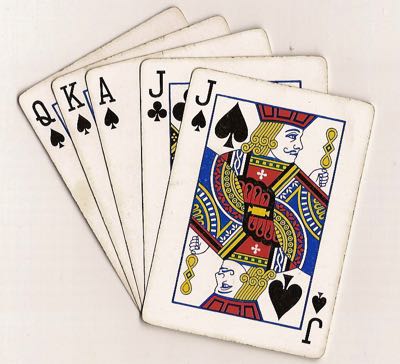 You might have heard the phrase ‘they hold the nap hand’ in the worlds of sport or business. It’s used to describe a situation where somebody is in a position of strength, or, according to the Merriam-Webster dictionary, “a favourable chance that invites the taking of risks”.

This phrase originates from the French card game Napoleon. The Napoleon hand in this game is the strongest hand possible and anybody who is dealt it wins the game automatically. Over time, the Napoleon hand was shortened to the nap hand and used in other sporting contexts before eventually crossing into wider use. Whether it is written as Nap, nap or NAP (all three are used), and no matter in what realm you see it, the meaning is broadly the same.

France has a long and rich history of gambling so it wasn’t long before nap was being used in a gambling sense. Gamblers began calling their most confident bet of the day their nap but nowadays it is much more likely you’ll see the term used by tipsters and specifically horse racing ones.

What Is a Nap? 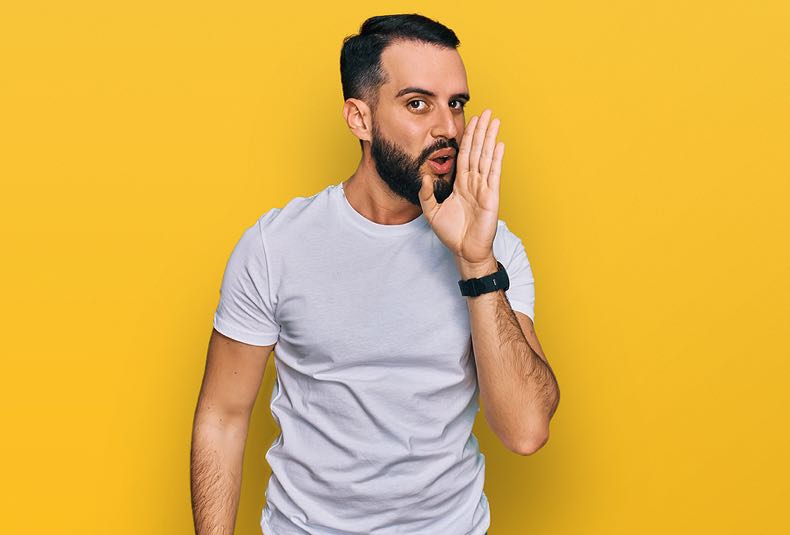 Just as holding the nap hand is a way to describe a position of strength, the term nap is used in betting to describe somebody’s strongest selection or tip. Naps have a variety of uses in several different sports. Their most common usage by far, however, is in horse racing.

Betting and horse racing go hand in hand. You cannot fail to miss this whether you get your horse racing news, analysis and opinion from physical publications, websites or podcasts. Everybody has an opinion on a big race or a big day and various tipsters and pundits give their recommendations which others choose to follow or not.

A Tipster’s Pick of the Best Bet

There are a couple of ways that tipsters display their relative confidence in their tips. They may recommend relative stakes for different tips or rank their bets for a given day. Choosing a nap is the most common way that tipsters pick out their best bet.

Naps in Other Sports

Naps work in the same way in greyhound racing. Greyhound meetings tend to have many more races than a horse race meeting so tipsters often make more selections. There will only ever be one nap though and it is always the pundit’s idea of the best bet.

Naps are used in a variety of different sports, often slightly differently. Take football as an example. Naps in football could be used across a wide range of matches – the best bet of the Premier League weekend for example. Or you might see a nap in an individual match where there are multiple selections; a pundit might have a stronger opinion on the Over/Under 2.5 Goals market than the Match Odds market for example.

Another example that could apply to football as to other team sports is naps made across an entire tournament. A nap could be the team to finish top of their group in the football World Cup or perhaps a player to be the top point scorer during the rugby union Six Nations. The term is generally less used outside of the horse and dog racing worlds though, and such tips may simply be referred to as the “best bet”, “bet of the day” or similar, or be listed as a starred tip.

Race cards for a horse racing meeting can be confusing for inexperienced punters. There is a lot of information to take in about form, odds, headgear and a whole lot more. Now that you know what a nap is you’ll understand what it means on a race card but what about NB?

Standing simply for next best, NB is an indicator of a tipster’s second-best bet for a given race, day or race meeting. As we’ve seen, tipsters will often make several selections so it is meaningful when they pick out a selection as their NB. While they may not feel quite as confident about the chances of their NB winning as their nap, or feel that the value isn’t quite as good, it is well worth taking note of an NB from a tipster or analyst who you trust.

There are no guarantees at all in horse racing. Likewise, there is no guarantee that a nap has a better chance of winning than an NB or any other selection for that matter. It is, ultimately, a matter of opinion and open to the huge number of elements that make up a horse race. Naps and NB picks are certainly a useful starting point but if life was as simple as following a pundit’s top tips and then retiring to the Bahamas… we’d be in the Bahamas.

How to Use Naps 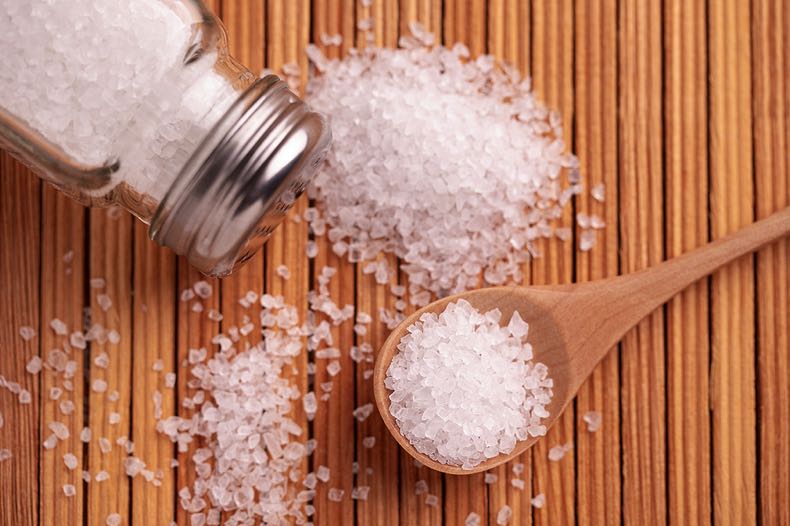 As with any tip, take it with a pinch of salt. No one can predict the outcome for certain!

However confident a pundit may be about their reading of a race and therefore their naps, few, if any, would recommend blindly backing their selections. Just like a quote from a trainer, watching back an old race or an analysis of the pace of a race, a nap is a piece of the puzzle, some information that should help punters come to their decision, rather than the answer to the whole puzzle.

Of course, every horse racing fan and punter has their own take on the sport. Some prefer to delve deep into the stats, the trends and the form to come to their own conclusions. This involved type of punter may well use naps from other judges who they respect as an addition to their own work.

Other, more casual punters, don’t have the time or inclination to get stuck into the stats and prefer to let others do the work for them. Perhaps you are heading to the races for the day or watching a big festival and just want some tips. These punters will likely choose to follow a tipster’s selections more closely and therefore put more stock in their choice of a nap or NB.

A Matter of Opinion

As judgements on horse racing or any other sport come down to a matter of opinion it is inevitable that different judges and tipsters will come to different decisions. You will, therefore, often see different horses marked up as naps by different tipsters or publications, even two or more horses in the same race. This is where your own judgement really plays an important role.

Best Bet Does Not Always Mean Most Likely to Win

Another important thing to note about naps is that a best bet doesn’t always mean the horse most likely to win. Think of a big Group 1 race at Royal Ascot with an odds-on favourite. A tipster may well believe that the favourite will prove hard to beat but doesn’t believe there is any value in the price. They may well, therefore, choose another horse to be their nap even if they are more confident about the short odds favourite’s chances of winning their race.

It is unclear how much stock different tipsters put in either simply trying to land a winner, or trying to find value to win over the longer term. Any serious punter is more concerned about the latter but a tipster looking to build a following or gain recognition may prefer to try and find an “easy” winner. Many people who offer up naps and NB selections do not show their overall long-term profitability, nor their strike rate. If they do, such stats may be hard to find and even harder to verify.

This makes it hard to assess whether a pundit is worth following. It also means it is hard to ascertain whether their naps and other tips are more geared towards simply finding a winner, even if it is a short-priced favourite that offers no real value, or to delivering real value and consistently beating the bookies.

Having said that, some big publications like national newspapers have traditionally had a number of racing pundits and tipsters who regularly contribute their naps, NBs and other tips. Much of the time these writers file their copy on their own areas of expertise or race meetings close to their home. Many papers will ask their writers and sometimes others such as big-name pundits from other sports to give their nap of the week. Many papers will keep a tally of the results in these naps and put them in a league table, ranking the tipsters against each other.

Ranking tipsters against each other on the back of just one tip per week isn’t entirely fair but as the weeks and months go by it does give readers and punters at least something to go on. Finding anybody who comes out ahead against the bookmakers for a prolonged period of time, especially with regards to horse racing, is pretty rare, so these sort of tables can give punters an advantage and some real confidence.

Other websites and publications take a similarly open approach to their recommended bets and naps. Any sort of information you can get about the way that a tipster or pundit’s nap picks have performed is well worth investigating. However, when it comes to online resources, especially from less reputable or smaller websites, we would suggest taking their claims with a pinch of salt and a pile of caution, certainly unless they can be independently verified.

Another form of table that relates to naps is another potentially useful resource. As said, many of the daily national newspapers publish tips every day for racing. These include naps and a full list of the day’s naps can often be found, both in specialist racing media and also online.

At a glance, these tables may show you what 10 or more racing tipsters think for every race on any given day. There will all have named a nap as well as an NB, so that gives you 20 (or more) tips that are deemed to be especially strong on each day. As said, such picks are no guarantee of success and you may see two, three or more tipsters napping a different horse in the same race!

That can certainly confuse things but on the other hand, there will be times when a number of the so-called experts make the same horse their nap or NB. This is still nothing approaching a guarantee but even for those who are normally happy to make their own mind up about bets, anyone who believes in the “wisdom of crowds theory” would surely think such a tip deserved closer inspection.