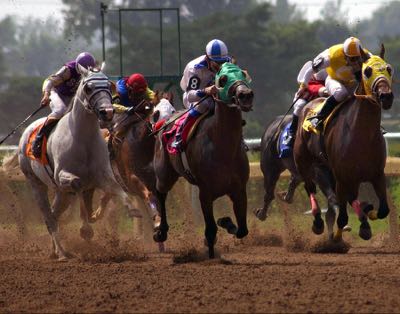 An Up and Down bet is a relatively complex bet and one that is not all that popular with modern punters. Nonetheless, it is still quite simple once you take the time to consider how it works and understand the general principle. Here we will explain how an Up and Down (henceforth UAD) works and we’ll also compare the returns from such a bet with some similar bets you might consider instead.

Up and Down Bet Explained

Having said that we will refer to this bet from now as a UAD, it is also worth noting that it goes by a number of different names too. Some of the following are direct synonyms, whilst others may sometimes be technically subtly different but are used by many punters and on many betting sites interchangeably. So, you might see or hear this type of wager referred to as a Twist, a Vice Versa, a Cross Bet, a Conditional Bet, an If Cash, a Single Stakes About or an Any To Come bet. Some of these, in particular the last four, are more general terms that cover several bet types of which the UAD is the most common.

Name aside, what are we actually talking about here? Well, we are talking about a multiple bet that includes two selections and two bets in total, and therefore two stakes. By this, we mean that just as a £10 each way bet costs £20, a £10 UAD also costs £20. However, conditional on the results of those bets (more accurately, depending on them winning), if there is cash, then there are potentially a further two bets to be placed. This means that from your two stakes, you may end up with four winning bets.

We’re safely going to assume you are a little confused by now but this really is simpler than it may sound. The first step to making a UAD wager is to pick two selections. This type of bet is more often placed on horse racing but can generally be placed on any sport. Let’s take a look at a hypothetical Up and Down bet you might place and how it would work.

Example of an Up and Down Bet 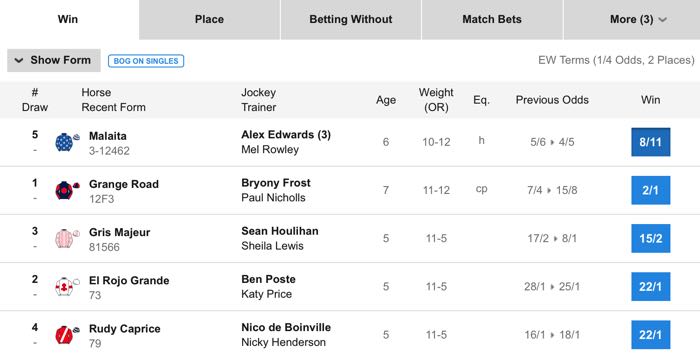 Let’s say you have decided to head out to the races and you have a really good feeling about Blue Boy (BB) in the 2.15 and Green Girl (GG) in the 3.20. You decide to opt for a £10 Up and Down on the colourful duo and so stake a total of £20. BB is a warm favourite in a large field and is priced at 4/1, with GG a much stronger favourite at odds of evens.

Two Winners in an Up & Down Bet

Your bet begins as a £10 single on BB and a £10 single on GG. Conditional on either of those winning, the stake from the successful bet will be placed as a separate single on the other horse, and vice versa. Luckily enough, your faith in Blue Boy is rewarded and he romps home. This means that:

After an hour or so of celebrating, the second bet in your UAD is up and once again your horse does the business, Green Girl edging it by a neck. With regards your first, which started out on Blue Boy in the earlier race, this means that:

Now, as well as the £10 initial stake on Blue Boy, there was also the same bet on Green Girl. That means that when she does the business, the first part of that bet works out as follows:

This means that your total return from the bet is £120 and your overall win is £100. Had you placed two £10 singles, one on BB and one on GG, your net win would have been £50, i.e. £10 plus £40. So, you have risked the same £20 and yet rather than winning just £50, you have taken the bookmaker for twice that sum. Is this magic? Are you wondering where UAD betting has been all of your life? To shed a little more light on the situation, let us consider what would have happened if just one of your bets would have won (of course, if neither wins your returns are zero no matter what bet you place).

One Winner in an Up & Down Bet

Whilst it is clear that a UAD trumps placing two singles if both your bets win, how does it compare when just one wins? Well, your returns will depend, of course, on the odds of the winning selection. Sticking with our horses at odds of 4/1 and evens, and the same stakes of either a £10 UAD or two £10 singles (both times risking £20 in total), the overall returns from the bets would be as follows:

However, your winnings when it comes to bets where both legs win will always be twice as much on a UAD as they would have been had you placed two equivalent singles bets. As such, unless you are backing selections at very short odds, you may feel the sizeable extra reward offered by the UAD is worth the risk. To illustrate this point further, let us now consider three possible scenarios. For the sake of simplicity, in each case, both of the selections within the bets will be at the same price.

To give you a little more information, we will also consider the outcome should you have gone for glory and backed the double instead. In all cases, we are risking a total of £20 and both selections are identically priced: in our first example at odds of 8/11, in the second at 3/1 and in the third at 8/1.

At short odds the returns do not vary greatly in real terms and so on that basis some bettors may feel there is not all that much to choose between the options. Anyone backing two horses, winners of football matches or anything else at odds of 8/11 would usually be quite confident though. For that reason opting for the double may appeal, especially because the two alternatives still yield an overall loss with only one winner.

When we increase the odds we start to see some very marked differences in the outcomes. At odds of 8/11 there is only around £25 difference in the winnings from two singles and that from the acca (double) but at 3/1 that leaps to a considerable £240. What’s more, the double-return offered by the UAD versus the singles is now worth an additional £60. At these sorts of odds the UAD certainly offers plenty of appeal as it delivers a very decent win if both legs come home whilst still yielding a return if just one leg does.

When the odds increase further the lure of the acca is very easy to see. At 8/1 you will 10 times as much from a successful double as you would if you had placed two singles and five times the return that a UAD would have yielded. The same two selections, but the potential to see returns to the tune of £1,600! Of course, the downside, as with any acca, is that if only one leg wins, you will lose your entire £20 stake. What’s more, at 8/1, getting one, let alone two, winners, is not going to be easy.

How Do I Place an Up and Down Bet? 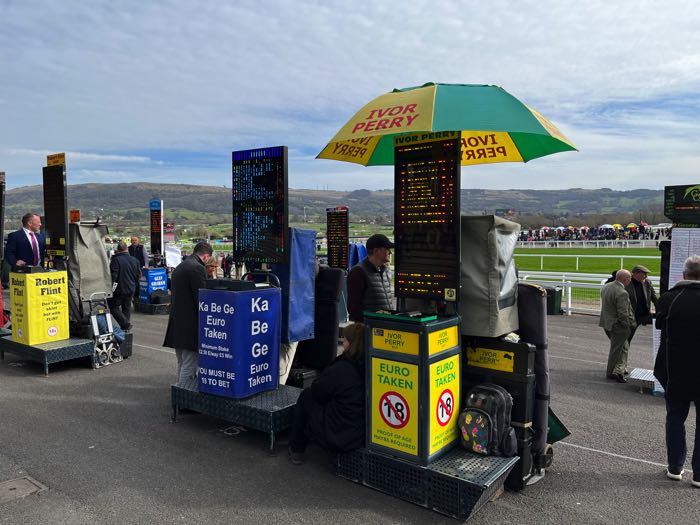 Because this type of bet is not particularly common, few online betting sites actually offer it. If you want to place such a wager, heading into a high street bookmaker may be the best option. There is a chance that some of the staff may not be familiar with the bet but an old hand or manager should be.

Writing a Bet Slip at the Races

Writing the slip is straightforward too and as with any slip in a shop, as long as you make your intentions clear you will be fine. Simply listing the two selections and then adding (for example) “£10 Up and Down”, with a total stake of £20, will suffice but again, the manager or cashier should be able to clarify if there are any issues.

Online things are far trickier and assuming you cannot find a UAD at your normal site, your best option is effectively to place half a UAD. What we mean by this is to place two singles on your desired selections but should the first one to settle win, you will have double your stake on the second bet. It isn’t the same as a standard UAD but does at least give you the chance to land a bigger win in the event that both selections are successful.

If you want to increase your potential winnings even further then opting for a Double Stakes About bet is an interesting option. At the start of this article, we mentioned that UAD bets may also be referred to as Single Stakes About. The name derives from the fact that the value of the initial stake is carried forward.

A Double Stakes About Wager is identical except that rather than the second part of each bet having the same stake as the first, the stake is doubled. In order for this to be possible the odds of the first selection must be evens or higher. If either of your picks is priced odds-on, the winnings from the first part of each bet will be insufficient to double the stake. In this instance, the entire returns, initial stake and win, will be placed on the second part of the bet, even if this results in a stake slightly less than double.

For example, if you did a Double Stakes About bet with both selections priced at 3/5, with a £10 bet (total stake £20), you would carry over a bet of £16 (£10 stake plus £6 win from the bet at 3/5), rather than the doubled stake of £20. Everything else works exactly the same way as a standard, Single Stakes About, UAD.

This means, for example, that if your initial winning bet was at odds of 3/1 you would retain £20. The first part of the bet would result in a return of £30 plus your £10 stake back. The stake and £10 of the win are then used to fund the double-stakes second portion of the wager, leaving £20 in returns. Double Stakes About bets are higher risk, with higher reward. If you get just one of your two predictions right, your results are worse. However, if you’re on the money with both, you will be in the money, as two of the four winning bets that result will be with twice the initial stake.