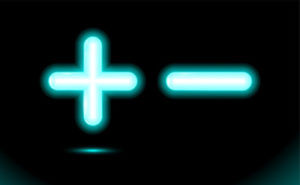 Handicap betting is a type of betting whereby one side or competitor is given a head start and the other a disadvantage with the odds reflecting that; the bet is therefore settled according to the final score or outcome of the match or event including the hypothetical handicap. Handicaps are most commonly applied to football and rugby but are also available on other sports such as tennis and are a key part of betting on US sports such as basketball or NFL.

Handicaps come in a variety of guises and are created for a number of different reasons and here we aim to tell you just about everything you need to know about handicap betting. If you’ve always confused by seeing a team +1.5 or even +2, +2.5, or you don’t know the difference between a normal handicap and an Asian handicap, then you’re in the right place!

Why do We Have Handicap Bets? 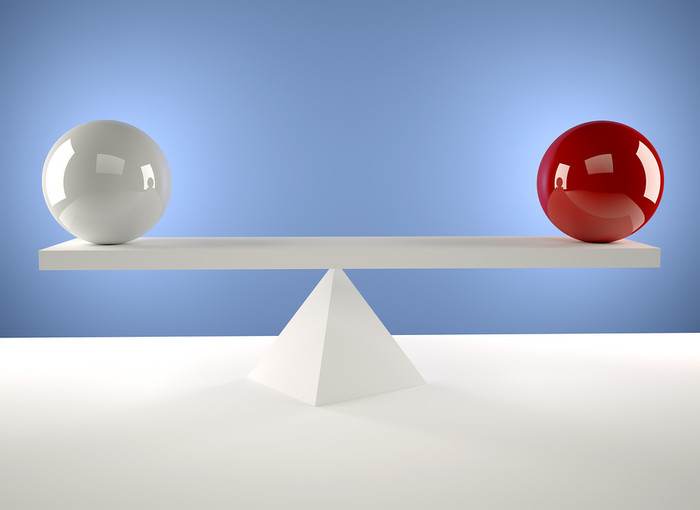 As said, handicaps can serve a range of functions but they were probably created when one side was deemed so much of a favourite that betting simply on who would win became pointless. For example, if Chelsea play Accrington Stanley, few punters are likely to be tempted (other than in an acca perhaps) by odds of 1/16 on Chelsea. By creating handicap markets, for example Chelsea -2 (and Accrington Stanley +2) the odds can be made much more interesting to a wider range of bettors.

Handicaps, in particular Asian handicaps (so-called because they are popular in Asia), can also be used to remove the draw from the equation. The draw or tie is a bit of a foreign concept to US sports fans and similarly in Asia, which has a huge betting market, it is unpopular because they like to bet on a clear winner or loser. By, for example, offering half goal handicaps in football, the draw becomes irrelevant and there is always a winner and a loser. In the same way, football fans are used to betting on over or under 2.5 goals as the half goal means there is no chance of exactly 2.5 goals being scored, unless you try and count that dodgy offside goal as just a half, but we don’t think FIFA have come up with that inspired idea just yet.

A third way in which handicaps are used is to create new and different markets to give more scope to your betting options. So, for example, if you think that Chelsea will definitely NOT lose, but aren’t sure if they will win or draw, you can back Chelsea +0.5 goals, which pays out as a winner if they draw OR win. Similarly if you think Man United will beat Leicester easily, you could back Man United -1. Your bet will only win if United win by two goals or more but you’ll be rewarded by higher odds than if you simply back them in the outright 90 minute market.

What is an Asian Handicap? 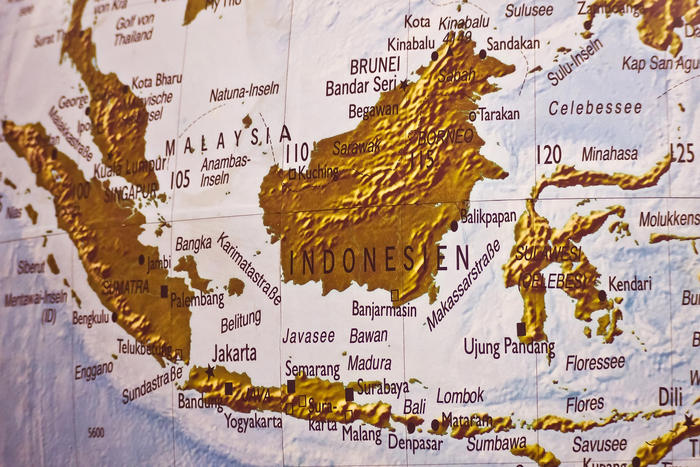 That said, Asian handicaps do often feature half goals as this is the easiest way to offer only just two options. For example you may see a market in which Leeds are offered -0.5 and Wigan are offered +0.5, with no option to back the draw, only either a Leeds win or a Wigan win. Let’s have a look at how that works in reality assuming you bet on Leeds -0.5.

Had you bet on Wigan those outcomes would just be reversed, so a Leeds win would mean you lose your bet but a draw or Wigan win means you would win. In this market the odds on a Leeds win should actually be identical to the main “home/draw/away” odds because you only win if Leeds win, however the odds on Wigan would be considerably shorter as your bet wins with a draw OR a win.

As said, Asian handicaps do not mean a half or fraction of a goal HAS to be involved, simply that there are only two options on which to bet. So, if we stick with the Yorkshire v Lancashire clash above, you may see a market in which Leeds are quoted as “Leeds -1” with Wigan at “Wigan +1”. This can either be a standard handicap, in which case the draw will be offered as a third possible bet (which would win if Leeds win by exactly one goal) or an Asian handicap, with just Wigan or Leeds available to back and the various outcomes listed below: 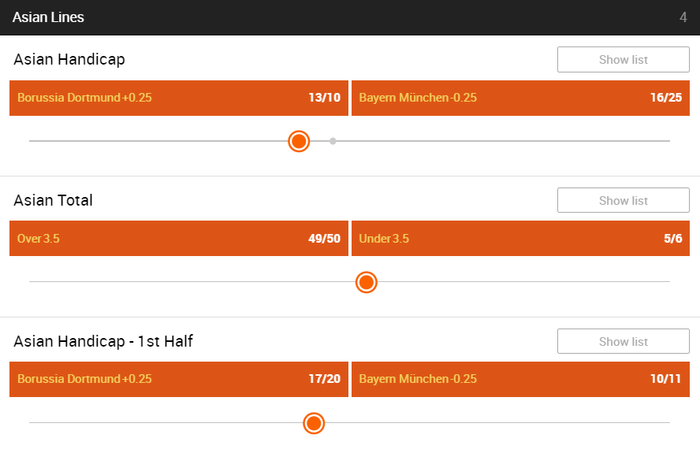 This is perhaps the most complex form of handicap bet, although once you understand it you’ll wonder what all the fuss was about. Sometimes a handicap is actually two bets in one, with your stake split between the two bets. The two different bets can be written in one of two main ways, either by using quarters of goals, or two different handicaps. For example, a handicap of Everton -1.25 is the same as a handicap written as Everton -1, -1.5.

Where two numbers are used, half your stake will go on each of the quoted handicaps and where one number is used and is either a quarter or three quarters of a goal, your stake is split between the half and whole-goal handicap one quarter of a goal either side of it. So a £10 bet on the example above is actually £5 on Everton -1 and £5 on Everton -1.5. That may sound complicated but the examples below, along with the relevant outcomes should hopefully clear things up.

Those familiar with handicap betting and the geniuses among you will have realised that various handicaps and Asian handicaps are actually the same as other markets. For example, the slightly confusing market of, for example, Arsenal 0, is actually exactly the same as backing Arsenal in the Draw No Bet market, because in the event of a draw – which isn’t offered as a choice on this Asian handicap market, you receive your stake back.

Below are just a few more examples of various handicap and Asian handicap markets and their equivalent markets that can be found elsewhere in a betting site’s range of markets.

Whilst these bets are EXACTLY the same, it’s worth noting that bookies, for whatever reason, do not ALWAYS price these markets identically. As such, the canny punter – that’s you now you’re a handicap betting professional – may just find a shade more value than the average bettor. For example, if you want to back Man United Draw No Bet, there is a good chance you will find higher odds by instead backing Man United 0.

Betting in Asia is highly competitive and Asian handicap markets often have a very small in-built profit margin for the bookmaker, with competition for the Asian market very strong. As such, whilst your average UK punter takes the easy and well understood Draw No Bet option, the sharper punter takes the better odds on the Asian handicap. Just don’t tell everyone our little secret, okay?