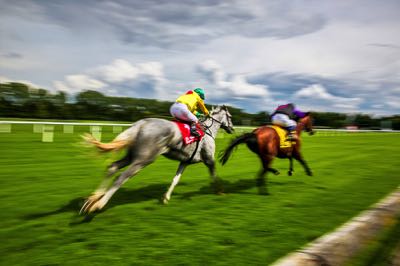 Quite why any sane person would want to skin a cat we are unsure, but apparently, should that take your fancy, you would be wrong to think there is merely one way to approach the task at hand. And, so it is with betting on who will come first and second in a horse (or dog) race – with the added bonus of less blood and pain being involved.

There are three main betting options when it comes to naming the one-two in a given race: you can back a forecast (technically in this instance a straight forecast), you can place a tote Exacta bet, or you can use a fixed odds bookie. The last option is a relatively new way of doing things and is a little different for two main reasons. First, you know the odds in advance, whereas with a straight forecast or an Exacta you only know after the race what your returns will be. Second, and why we will not be looking at fixed odds here, is that normally you can only choose from a relatively small number of pre-selected combinations of horses, as opposed to picking any two from the entire field.

What Is a Forecast? 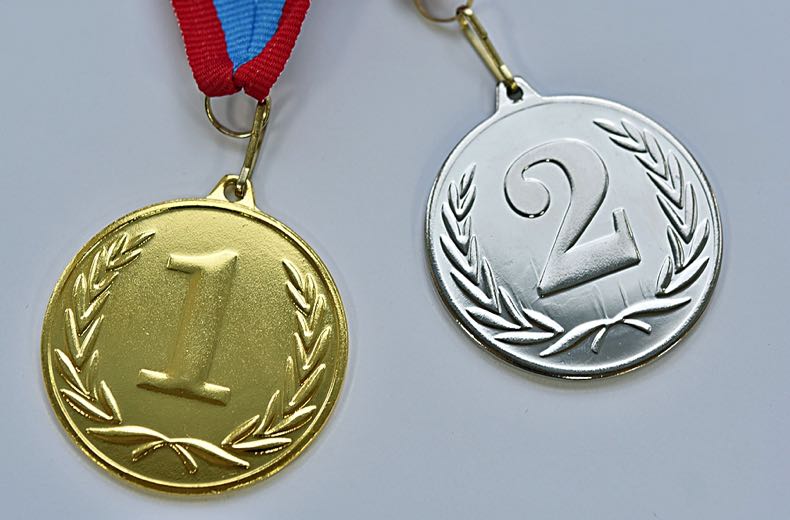 A forecast, often referred to as a straight forecast, is a bet on who will finish first and second in the correct order. As a general concept, this bet can be made on any event with clearly defined places, for example a Grand Prix in F1 or the Premier League in football. However, when it comes to the sort of forecast we are discussing in this article, such bets are only available on either horse or dog racing.

We have a separate article on forecast and tricast betting, as well as one that explains what the Computer Straight Forecast (CSF) is and how it is calculated. As such, we will not go into too much detail about either here, other than to illustrate how the CSF makes a “normal” or traditional forecast different from an Exacta.

With a CSF you select which horse (for example) you think will win a race and which will come second, just as you would with any other method of placing a forecast (in the wider sense of the word). At this stage, however, you do not know what you stand to win should your prediction be proved right.

Once the race is over, a computer algorithm (hence the name, Computer Straight Forecast) is used to calculate the winnings. These are expressed as a dividend based on a £1 stake, so if the CSF dividend is £5.27 and you bet £10, you would receive £52.70 back. We explain more about how the CSF is calculated in the dedicated article linked to above. In short though, key information includes the odds of the horses in the top two places, the odds of the other runners, especially the favourite, and what type of contest it is.

What Is an Exacta? 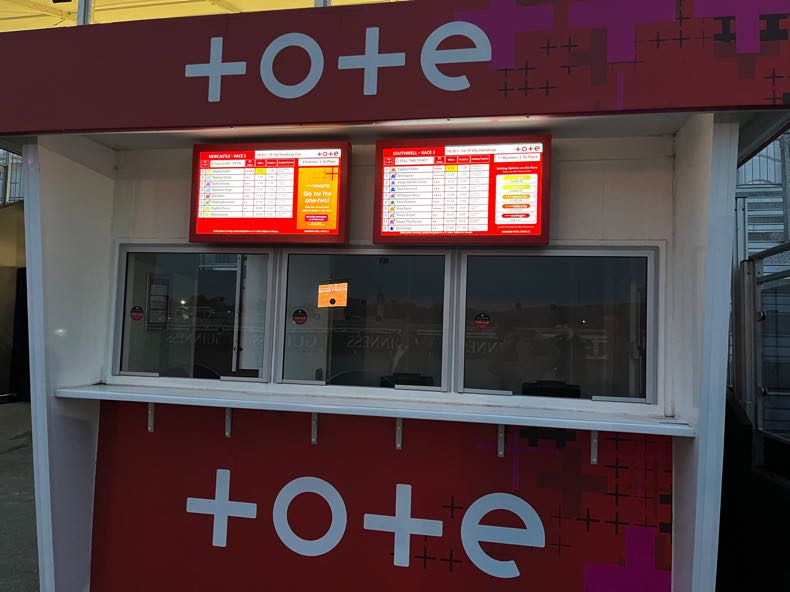 An Exacta is the tote equivalent of a forecast and can be made with tote-syndicated bookies. Other sites may have the option to place a bet that works in the same way as an Exacta but is not directly based on the pool, the bookmaker instead paying out at the equivalent odds, essentially mirroring the Exacta. An Exacta also expresses winnings in the form of dividend, based on a £1 stake (though the minimum bet is just 50p).

However, as with all pool bets, the dividend is not set based on a computer formula that is derived from the odds, but instead is decided according to how much money was wagered in total on the whole market and how much won. As a really simple example, let’s say that £1,300 was placed in Exacta bets. The bookie takes a proportion of that for their costs, including taxes, and some as profit. This might leave £1,000 in the pot and if £50 of that was placed on the correct one-two, a dividend of £20 would be declared.

This means that someone who had placed the minimum 50p bet on their Exacta would receive £10 back. Equally had someone else bet a fiver, they would be looking at a very tidy return of £100. Tote payouts (whether it be an Exacta or another bet) almost always have at least some relationship to the odds of the runners but there is a lot more unpredictability than with fixed odds or even the CSF.

As we have seen, these two bets are very, very similar. To paraphrase an old piece of wisdom they have more in common than that which separates them. The following is true of both bets:

We will try to answer the question of which is better, a forecast or an Exacta, in due course. However, first let us look at that last point made above.

Variations on Both Bets

No matter whether you opt for a forecast based on the CSF or a tote-based wager, you have a number of related betting options. First of all, in races with sufficient runners, you can opt to try and pick the first three horses in the correct order. This is called a Trifecta at tote and a Tricast otherwise. Whether you are trying to predict the order of the first two or the first three, you can do this either as a straight bet, where the horses must be in the right order, or use multiple stakes to cover all eventualities, such that the order of the horses (be it two or three) doesn’t matter.

Terminology varies, both when comparing tote bets and CSF wagers, and when looking at whether you are predicting the first two or first three. However, once again, a further bet that is an option no matter which method you use and also whether there are two or three predictions being made, is the combination bet. Here, for example, you might pick three horses and say that any two of them will come first and second, in any order.

Or you might do a combination tricast (or Trifecta) but again perm your selections from four or even more horses. The one thing to note with such bets is that the number of stakes required can add up quickly. A reverse forecast (top two, either way) needs just two stakes – Horse A first, Horse B second, and second, Horse B first, Horse A second.

However, a combination Tricast where you are picking four horses to cover the top three in any order requires 24 bets, jumping to 60 bets with five horses and a massive 120 if you want to perm six horses. Each of these “bets within a bet” requires a separate stake, so a £1 combination Tricast (or at tote, Trifecta) would cost you £120 in the last example.

Forecast or Exacta: Which Is Better? 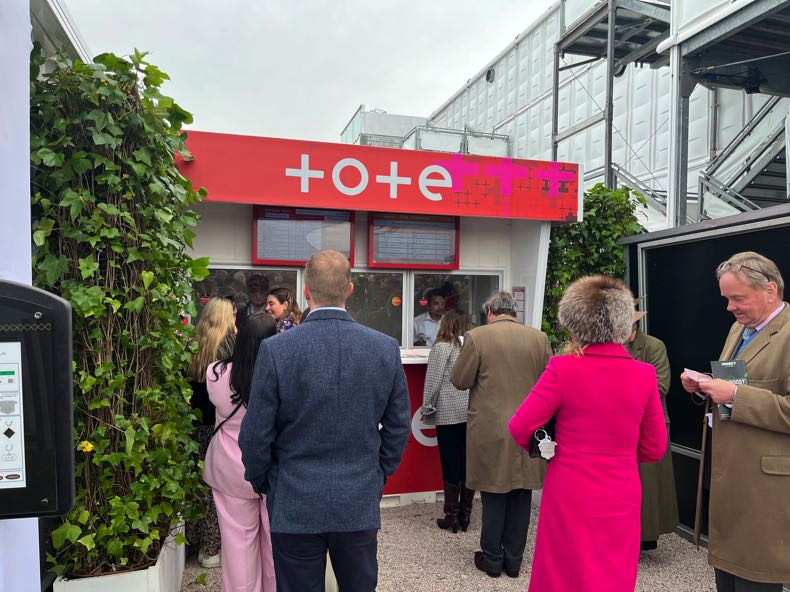 Broadly speaking, whichever of the forecast-style bets mentioned above you go for, the comparison between a pools-based tote bet and the CSF should be similar. The underlying principle is the same and whilst there might be some differences (because, as we shall see, there are so many variables) broadly speaking, this is a case of CSF versus pool betting via tote.

That said, this article is chiefly about forecasts and Exactas, so that is the comparison we will look at in more detail here. Lovers of this type of wager have put huge efforts into trying to ascertain which delivers the best returns in the long term. It really is a tough problem to solve as there are so many variables and factors that affect the payout for both styles of forecast wager.

We have read various complex analyses of the matter and ultimately most experts appear to believe that in general, the CSF is not a bet that generally offers value. There are exceptions to this rule when those that fully understand the intricacies of the formula and also the sport of racing can spot races where the CSF is likely to throw up real value. This might be based on the field size, the strength of the draw bias, a firm belief that a short-priced favourite will get beat or something else.

However, the consensus among those that have really studied the numbers seems to be that in general punters will be better opting for the tote bet. For an average punter who has the occasional bet on Cheltenham and perhaps a few other big meetings, plus the odd day out at the races, any differences are not likely to be too important. This is particularly true given that landing a racing one-two is no mean feat, so you are unlikely to have a huge number of winners anyway.

For those who take their punting very seriously, and place a lot of this type of bet, further personal research is probably advised. Just to throw our rather unscientific and slightly limited two-penneth in, we carried out some very basic research comparing the dividends of both bets at 10 races. All races took place on the 14th March 2022 and were selected at random. The table below shows the results.

The findings from our very small sample of just 10 races go some way to backing up what we said earlier. There isn’t a really simple, clear answer: sometimes the CSF will pay more and sometimes the Tote will. But overall, you would have been better off betting with the tote. Let us now summarise the table above.

As we have said, this really is a limited study but the fact it backs up what other far more in-depth ones have said is not meaningless. Whilst neither method of placing a prediction on the one-two of a horse race will deliver the best returns every time, we would say that for an average punter, the Exacta is the way to go.