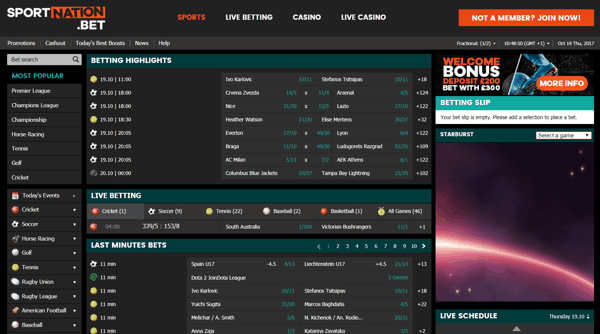 One of the latest gambling outlets in the industry is that of SportNation. The site launched in it’s current form in 2017, but previously existed under the name BetOnBrazil. Previously opening its doors in 2016, this bookmaker come casino has the face of Scottish football legend Alan Brazil plastered all over it. But, the site is more than just the face of a footballing hero, it offers a new and exciting change of pace from the mainstream gambling sites out there and with it offers a much-needed fresh approach.

Whilst the bookmaker has only been about for a short period of time, it’s been interesting to see the progress they have made in this time. The site doesn’t get an awful lot of media coverage and doesn’t feature too highly in many online betting review sites. But, we think that it might be one of the biggest hidden gems in online gambling and throughout this review we will be highlighting why.

The site is heavily weighted around the online sports betting section. It will come as little surprise to hear this, especially with the link with Alan Brazil. It’s here that we think is the bread and butter of the site, and moving forward we would expect any major changes and pushes to become as good as they can be, to be here.

The design is the first thing that really grabs you and the fact that it’s so simplistic is really a great feature in our opinion. It doesn’t have all the toys that the bigger bookies have and to be honest, the number of features on offer is minimal at best. You can’t live stream, you cant cash out and there is no live streaming. But, it doesn’t miss these features. No, really, it doesn’t! It does the simple things well and whilst many bookies are moving away trying to hook punters in with gimmicks they are likely not going to use, SportNation allows you to log in, find your bet, place your bet at a fair price and move on with your day.

The pricing structure at SportNation is at worst fair. In fact, that’s probably doing them a little injustice as for the likes of football and horse racing, they are as competitive as anybody. Outside of these two the prices will vary and we’ve seen some pretty big swings between industry best and their price, albeit sometimes in their favour!

It’s tough to really fault the market coverage as well and what you will find is an in-depth bookmaker throughout. Again, they will fall away with some of the less popular sports, but some of the biggest names in the industry are also guilty of this, so we cant really knock them. Considering that they’ve only been around since 2016, we think they are as good as you will find from the new breed of bookmakers and knocking on the door of some of the more established brands.

For the most part, the live betting section is really good. We loved the fact that they showed you an overview of three markets initially that included Match Result, Over/Under and Double Chance. It also highlights in green or red if a price has risen or decreased. This makes watching the overview of this section really informative as you can see how each game is reacting with each market. A nice addition would be to be able to choose a different market to compare from the 3 on offer, but hopefully that will come later down the line.
Once into the betting market you are going to be greeted with a wide range of markets to bet on that will be opening and closing as each game progresses. The downside is that it doesn’t include a match centre, but apart from this there isn’t a lot that’s not to like.

The casino section at Bet On Brazil is one that is still expanding. It came slightly after the betting side of the site, so it’s got some catching up to do, but still an area that is well worth checking out. The casino currently entertains around 100 games in total and is powered by the likes of NetEnt and iSoftBet. 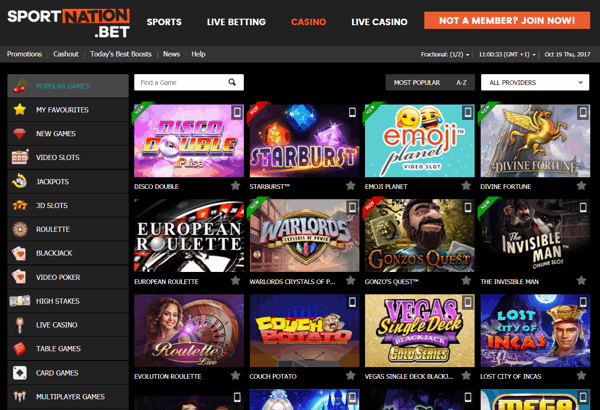 Whilst the range of games isn’t what we call extensive at the casino, with 100 titles there is still likely something that will tile your fancy. The casino is powered by both NetEnt and iSoftBet, which means the quality of games is excellent.
The slightly slimmer range will put some people off, but the casino is more of an extension of the sportsbook, so if you are a hardened casino player looking for the latest games, then there will likely be better options out there for you.

You will be able to access the full range of games via the mobile casino which is a good feature and not something that all casino offer up. Having said that, the design isn’t the best and we found it a little trickier to use than the online version, so bear that in mind.

The payment methods on site are actually very limited and you will only be able to use either MasterCard or Visa (only debit cards are accepted).

Originally launched as Bet On Brazil, the company have been around since 2016 and in that time have made some pretty exciting early steps in the online betting industry. The name comes from Scottish football legend, Alan Brazil, who originally provided the face of the brand in what many consider to be a fairly unusual association, but positive nonetheless.

In 2017 the decision was made to rebrand from Bet On Brazil to Sport Nation which also brought with it a change of platform.

The company are based out of Switzerland, where they are owned and run by that of Argyll Entertainment. As the group only have the one brand on offer it would appear that they themselves are just starting out, so it will be interesting to see where they are headed in the months and years to come.