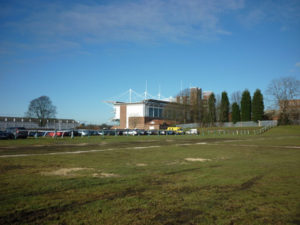 York’s Dante Festival takes place in mid-May and is their opening fixture of the new flat season. This is a three day meeting, beginning on a Wednesday and concluding on the Friday.

The feature race is the Thursday’s Dante Stakes, a 1m 2½f Group 2 race for three-year-olds which is a significant trial for the Epsom Derby which takes place the following month. The race is named after the 1945 Derby winner Dante, who was bred at a stud farm just 40 miles from York Racecourse.

There’s 21 races across the three days, with other highlights including the Duke Of York Stakes, the Musidora Stakes which is an Epsom Oaks trial, the Middleton Stakes and Friday’s Yorkshire Cup. 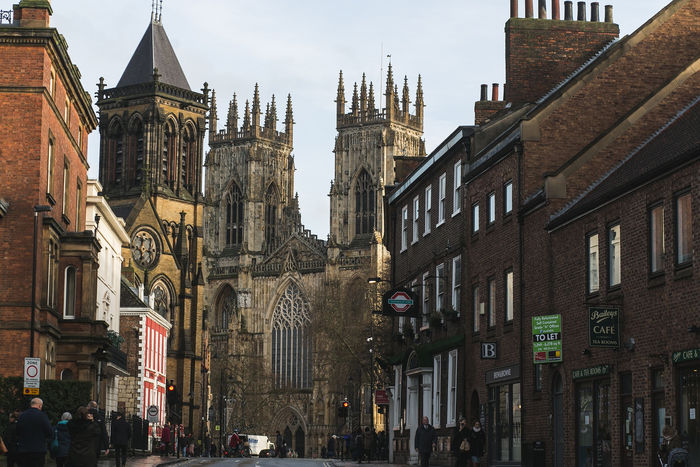 For many years it has been the Dante Festival which has been the seasonal curtain-raiser at York Racecourse. Shut for the National Hunt season, there is always great anticipation when the Knavesmire welcomes punters back during this May meeting.

The popular three-day event features several Group quality events with each day including its very own feature race. The histories of the major races that form this meeting will be something we examine closely as we take you through the key Dante Festival years.

1927 – Official birth of the Yorkshire Cup

The oldest race to feature at the Dante Festival is not the Dante Stakes as one might guess, but rather the Yorkshire Cup. This historic event has existed for around a century and technically it even predates its official birth of 1927. Before this though, it was a weight-for-age contest. Only when it was revived as a handicap in 1927 can we say that the ‘current’ Yorkshire Cup began.

Unable to run in its usual May slot as World War Two had not yet ended, the Yorkshire Cup did manage to appear later in the year. When it was safe again to resume racing, York wasted little time in welcoming spectators back to the course. They even hosted the Yorkshire Cup in Autumn, although it did so under the name of the Yorkshire Autumn Cup, as opposed to its usual, shorter title.

Thirteen years after his success in the temporarily relocated Derby (which ran at Newmarket rather than Epsom) the Yorkshire-trained Dante had a race named after him. Indeed it is his success and subsequent 1m2f race for three year olds to which we owe this entire festival. The event created in his honour, sensibly, served (and still does) as a major trail race for the Derby itself. Although the inaugural Dante Stakes winner, Bald Eagle, failed to win both, he did go onto lead a very successful career across the Atlantic.

It was clear that the Dante Stakes was considered valuable Derby practice and as early as 1961 we saw one talented horse, St Paddy, win both contests. Although he easily won the contest at Epsom, his victory was rather overshadowed by the fatal injury sustained by race favourite Angers. A further nine horses have managed to pull off the Dante-Derby double.

As a Yorkshire-trained winner of both the 1,000 Guineas and the Epsom Oaks, it is no real surprise that Musidora ended up with a race named after her at York. At the time this race emerged, she was enjoying her retirement years in France, although she later returned to the UK despite limited broodmare success.

Established as a major trials race for the Epsom Oaks, a horse by the name of Ambergris won the opening renewal. There was only a very short wait before we saw the first Musidora Stakes champion claim victory in the Oaks. This came a mere two years later as Noblesse managed to pull off the double before being crowned the champion three year old filly

Although York first introduced a race called the Duke of York Stakes in 1895, this was an unrelated contest that featured during the August meeting. Another six-furlong handicap by the same name also appeared in the May meeting in 1950, but again, it was not directly connected to this particular contest.

The origins of the Duke of York Stakes as we know it reach back only to 1968. The first winner of the six-furlong sprint was Hard Water-ridden by Joe Mercer.

The current system for grading races was introduced in 1971 and it resulted in the Dante Stakes being set as Group 3 race. This soon changed though as in 1980 the race was awarded Group 2 status, something which has stuck ever since.

1981 – Creation of the Middleton Stakes

York welcomed a new race this year, the Middleton Stakes. Initially, it was a contest restricted to three year old fillies only, with the first renewal won by Pipina. Sixteen years later, the race was restricted to fillies and mares aged four and above, with three year olds now totally excluded. The first horse to win the contest as a four year old was Papering, trained by Luca Cumani.

It took several decades but in 1982, the Yorkshire Cup had its first two-time winner. The horse responsible for the impressive feat was the Irish-bred runner, Ardross. Despite being saddled with top weight, he wound up a little over a length clear when reaching the finishing post. It was a little harder than his three-length win in 1981 but one that was still fully deserved. As with the year before, Ardross ended the season named as the Timeform Best Stayer and Gilbey Racing Champion Stayer.

For the first time ever, the crowd at York Racecourse saw a horse win the Duke of York Stakes for the second time. The feat, which is yet to be repeated, was managed by Handsome Sailor. Buoyed by this success, the Barry Hills-trained horse won the Nunthorpe Stakes and Prix de l’Abbaye later in the year.

Hills even gave Handsome Sailor a shot of a hat-trick in 1989 but this proved to be a highly disappointing season for the six year old. Lacking any real pace, he ended up finishing second from last on the Knavesmire during a place-less season. While things did not go in the favour of Barry Hills that day, he continued to enjoy success in the Duke of York Stakes. In 2010, the trainer recorded a record-breaking seventh win courtesy of Prime Defender.

Having spent more than three years with Group 3 status, the Duke of York Stakes enjoyed an upgrade to Group 2 in 2003. In doing so, the prize fund jumped up from £60,000 to £100,000. Receiving more than half of this substantially improved prize pool was connections of shock winner, Twilight Blues. A gritty performance from the unfancied 25/1 shot saw him edge out fellow dark horse Just James (33/1) in what a very peculiar renewal.

Previously a Listed race, the Middleton Stakes was taken up a notch to Group 3 in 2004. Incidentally, this is the year the contest witnessed its oldest champion, the five year old Crimson Palace ridden by Frankie Dettori.

The Michael Seely Memorial Stakes became the latest addition to the Dante Festival in 2005. The title of the race honoured the life of Michael Seely, a racing correspondent for The Times, who died in 1993. The inaugural running of the fillies-only contest was won by future Lockinge Stakes winner, Peeress.

Merely six years after its first upgrade, the Middleton Stakes received yet another promotion, this time to Group 2. Perhaps this is what tempted connections of reigning Epsom Oaks and Irish Oaks champion Sariska to try her luck at York. Named the European Champion 3-Y-O filly months before, she duly did the business, seeing off the highly regarded second favourite Midday.

Midday would not be denied the following year though as she returned to the Knavesmire to claim the penultimate victory of her career.

By this point, the Yorkshire Cup had been around for 89 years and in this time, no horse older than seven had managed to win the contest. Refusing to be shackled by former age trends, Clever Cookie held on to secure victory as an eight year old. Although he only faced four rivals on the day, do not take too much away from his achievement. It is definitely worth noting though that he was lucky enough to avoid facing the well-fancied Flying Officer. John Gosden’s temperamental horse had to be withdrawn after he unseated the rider and bolted before the race began.

2018 – Festival continues to get richer

For the seventh successive year, prize money at the Dante Festival saw a notable increase. By 2018, it has reached an all-time high of £1.2m across the three days with every race, regardless of stature, worth at least £20,000.

Having ended the 2017 campaign with a couple of narrow defeats, Stradivarius returned in 2018 looking to make amends. He did exactly that when securing a three-length win in Yorkshire Cup as the 6/4 favourite. When defending his title 12 months later, he was enjoying a five-race winning streak, something he extended with another Cup win. In doing so, he becomes just the second horse to win the near-century old contest on more than one occasion.

Sadly, the fan favourite was denied a shot at an unprecedented third successive Cup title in 2020 due to the cancellation of the Dante Festival.

A month prior to the scheduled start of the Dante Festival, organisers regrettably informed the public that the whole event would be cancelled. The news came after the British Horseracing Authority announced that horse racing (with a crowd) would be suspended until 31st May due to the ongoing global health crisis.

Organisers at York were able to reschedule two key Dante contests on a formerly unscheduled raceday behind closed doors, the Musidora Stakes and Dante Stakes. Mark Johnston proved victorious in both, winning the former with Rose of Kildare and the latter with Thunderous.