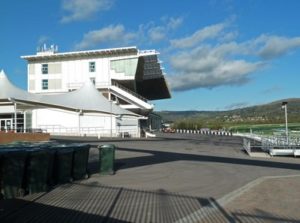 Cheltenham’s final day of racing before the Festival takes place in late January as they hold their Festival Trials Day.
There are four Grade 2 races and a Grade 3 handicap packed into a quality seven race card at Prestbury Park, providing many final pointers towards the Cheltenham Festival in March.

The Cotswold Chase regularly involves hopefuls for the Gold Cup with the three-mile Cleeve Hurdle a key prep race for the Stayers’ Hurdle. The Triumph Hurdle Trial and Ballymore Novices’ Hurdle are also important trials for their March equivalents.

Although all roads from here lead to the Cheltenham Festival, this is still a meeting to look forward to in its own right. Below we have the previews of each race when the runners have been finalised as well as some background information on the history of the fixture and the races involved. 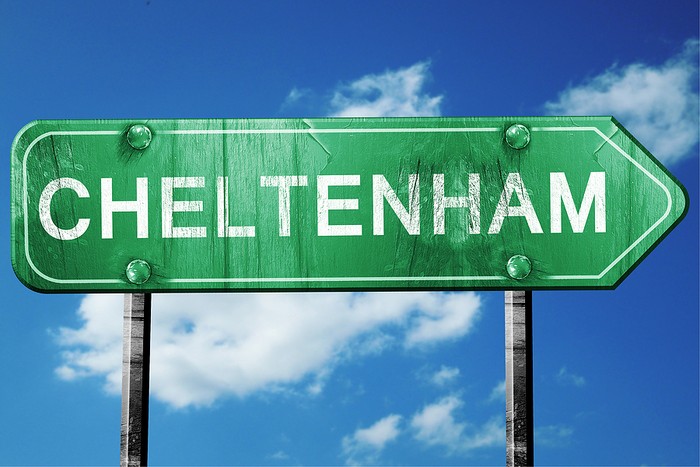 Scheduled for the final Saturday of January, Cheltenham Trials Day can provide some fascinating insights as to who might shine during the prestigious Cheltenham Festival. It is the last bit of racing punters will see at the Gloucestershire course ahead of the Festival, making it a fantastic preparatory test for any horses aiming to impress in March.

Many trainers have spotted the value in gaining some course experience ahead of the Festival, which is why Trials Day continues to be a popular meeting. It is a fixture that has existed for decades although the name “Trials Day” only appeared in 2006. As this is not its true beginning, we will look further back at the history of the races that form the present day occasion.

One of the major players of today’s Trials Day, the Cotswold Chase, first appeared in 1980. Then called the Tote Double Chase, it has run under many more guises since: the Holsten Distributions Chase, the Charterhouse Mercantile Chase, the Timeform Hall of Fame Chase, the Pillar Property Investments Chase, the HBLB Cotswold Chase, the Letheby and Christopher Chase, and the Argento Chase. The Cotswold name returned in 2015 but with BetBright acting as sponsors, a position Paddy Power took over in 2020.

Less than two months after his success in the Cotswold Chase, with amateur jockey Jim Wilson in the saddle, Little Owl secured Cheltenham Festival’s biggest prize, the Gold Cup. After this, some were tipping him to reach the heights of Arkle but sadly his career rather fizzled out due to injuries and a resulting drop in ability. Nevertheless, his showings in 1981 helped boost the reputation of the Cotswold Chase as a useful preparatory contest for the Gold Cup.

Cheltenham christened a brand new race in 1983, the Cleeve Hurdle. Back then, the Listed level event saw horses compete over a distance of two miles, five furlongs and 110 yards. Trainer Fred Winter and jockey John Francome combined to win the first ever running of the race.

The Finesse Juvenile Novices’ Hurdle, also known as the JCB Triumph Trial Juvenile Hurdle, was added to the Trials Day card in 1985. It has been a regular of this late January meeting since, often being the opening race of the day. The first edition of the contest was won by Out of The Gloom, ridden by Jonjo O’Neill.

1987 – Meeting abandoned due to frost

No Trials Day took place in 1987 as frost-induced hard ground meant it was not safe for Cheltenham to host any racing.

Five years later, frost was one again Cheltenham’s enemy as it forced the abandonment of Trials Day.

In 1993, organisers added a new race to Trials Day, turning it from a six to a seven-race meeting. The new addition went by the name of the Longley Hall of Fame Handicap Chase, comfortably won by the 7/4 favourite Ryde Again. Since then the race has run with many different names including the Murphy Group Chase, Ladbroke Trophy Chase and Crest Nicholson Handicap Chase.

For the first decade of its existence, the Cleeve Hurdle did not see much in the way of high-profile winners. In part, this was due to the contest only having Listed status. It enjoyed promotion to Grade 1 in 1991 however, and this quickly attracted a higher calibre of horse. Flakey Dove became the first ‘big’ winner of the race in 1994 as he went on to triumph in the Champion Hurdle at Cheltenham the very same season.

Master Oats began 1995 by securing a handsome win in the Cotswold Chase, beating the nearest challenge Dubacilla by 15 lengths. Looking in superb shape and clearly happy running at Cheltenham, he set off seven weeks later as the Gold Cup favourite. In a remarkable act of consistency, he beat runner-up Dubacilla by exactly the same margin in one of the all-time great Gold Cup performances.

Trials Day could not take place in 1996 as Cheltenham was again hit with quite severe frost, an unavoidable risk of a January meeting.

Five years after Master Oats proved how valuable a good run in the Cotswold can be ahead of a Gold Cup challenge, Looks Like Trouble followed the same path. Much like Master Oats, he found the trial race to be a breeze bar an unconvincing last jump. He faced more competition in the Gold Cup but justified his fairly short 9/2 price by finishing with aplomb.

An 11 year old See More Business claimed victory in the Cotswold Chase, just as he had done three years prior. In doing so, he became the first double champion of this race as well as the oldest. During a highly successful career he also won the Cheltenham Gold Cup but this came in a different year (1999) to both of his trial successes.

As redevelopment work forced Ascot to close, organisers had the task of rehousing its major contests. One of the first to be moved was the Clarence House Chase, which ended up joining Cheltenham Trials Day in 2005. Back then, the contest was run as a handicap, but a highly valued one with a prize in excess of £100,000. Ten runners made the journey to Cheltenham to compete for the biggest slice of this with Martin Pipe’s Well Chief victorious on the day.

There was a slight adjustment to the Trials Day curtain raiser this year. Out went a Class D, 2m1f novices’ handicap hurdle and in came a Class A 2m4½f novices’ hurdle. This new Grade 2 event, ran with a sponsored name, attracted a substantially higher standard of horses.

Initially the Cleeve Hurdle started out as a 2m5½f contest. It was increased to just shy of three miles in 2005 though, one year after being downgraded to Grade 2. By doing so, the Cleeve Hurdle became a highly suitable race for anyone eyeing up the Stayers’ Hurdle, as it was now run over precisely the same distance.

Marketing brains at Cheltenham decided to brand the late January fixture as “Trials Day”. This had no impact on the raceday itself, it was merely a way of jazzing up the occasion a little. What did have an impact on proceedings though was frost. Frosty conditions meant Cheltenham was unable to host its first officially named ‘Trials Day’.

As a result, Cheltenham could not again act as temporary hosts for Ascot’s Clarence House Chase. Instead, the race moved to Sandown during its final appearance as a handicap. The Cleeve Hurdle also made its way to Sandown while the Argento Chase (Cotswold Chase) wound up in Wincanton.

Just two years after introducing a high class novices’ hurdles even on Trials Day, it had already proven to be a quality trial event for the Cheltenham Festival. Wichita Lineman had thoroughly impressed in January’s Classic Novices’ Hurdle and on the back of that was a strong Festival candidate. Jonjo O’Neill ended up entering him into the longer Spa Novices’ Hurdle which he won by a convincing 12 lengths.

By this time, Inglis Drever had already won the Stayers’ Hurdle, or rather the World Hurdle as it was then named, twice but he still needed to prime himself for a third attempt. As a result, Howard Johnson sent him to compete in the Cleeve Hurdle in the 2007-08 season a race he won while the 11/8 favourite. Setting off as the same price for the World Hurdle seven weeks later, he held his nerve to secure a then record breaking hat-trick.

It is very rare to see a Belgian-born winner at Cheltenham at all let alone on Trials Day but it ended up happening not just once but twice. The Sawyer first claimed a betchroncicle.com Trophy Chase win before winning the same contest (then renamed the Betfair Trophy Chase) a year later. In doing so he became the first horse to win the 1993 born contest twice since its inception. Unfortunately his second Trials Day victory in 2010 marked his last ever taste of victory as a 23 losing streak spanning three years followed.

This running of the Finesse Hurdle ended up being quite the memorable one as Nigel Twiston-Davies’ Baccalaureate secured a wholly expected win. It was quite a turnaround for a horse, who only a month earlier, lost two races by a combined 108 lengths. Setting off at a monster 100/1 price to reflect his awful form, very few gave him any chance at all despite facing just six other horses. He took full advantage of a wobbly performance by the 8/15 favourite Pistolet Noir though to triumph by two lengths.

Having won on the New Course on New Year’s Day, Bobs Worth returned four weeks later for the Classic Novices’ Hurdle. His most challenging race so far, he rose to the occasion, asserting himself to win the slow-run Trials Day contest. A festival appearance seemed a no-brainer at this point and that is what happened. He won the Spa Novices’ Hurdle, a longer trip, for a third Cheltenham win in as many months.

It seemed as though it would take some time before a hurdler topped Inglis Drever’s achievements but how wrong this proved to be. Big Buck’s managed even more success over the smaller obstacles, his first major hurdles win coming in 2009 courtesy of the Cleeve Hurdle. He used this trial race success as the foundation for his first World (Stayers’) Hurdle triumph.

Skip forward three years and Big Buck’s, a three time World Hurdle winner by this point, returned to the Cleeve Hurdle. Another assured victory in the trial race provided the foundation for a record-breaking fourth World Hurdle title. He even attempted the same double again in 2014 but lacked his former ability following a 13-month absence.

The Cheltenham crowd were in full voice as they cheered on Many Clouds and Thistlecrack down the home stretch of the Cotswold Chase. The latter had managed to take a half-length lead but an incredibly valiant Many Clouds simply would not give in. Battling for every yard, the Leighton Aspell-ridden horse just managed to get to his head to the line first.

The post-win elation suddenly turned to stunned silence however as Many Clouds collapsed to the ground, pronounced dead shortly after. Connections were quick to pay tributes to the much-loved 10 year old including trainer Oliver Sherwood who called him the “horse of a lifetime”.

Posthumously, Many Clouds was announced as the top staying chaser of the 2016-17 season by senior handicappers, two pounds higher than Gold Cup winning Sizing John. The British and Irish handicappers brushed off accusations of sentimentality pointing out that for many years, Grand National winners had failed to win again over fences.