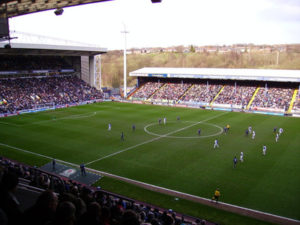 The EFL Championship is the English League’s second tier and boasts some of the highest club football attendance figures in the world, beaten only by the Premier League and German Bundesliga. It is also considered one of the most competitive leagues around with any of the 24 sides capable of beating another on a given matchday. There are plenty of twists and turns in the 46 game regular season, with many of the sides holding a realistic chance of promotion to the Premier League.

Here we give you our betting tips on every match from each round of games to guide you through the season, as well as pointers on who to follow in the outright markets. Previews will be available in the days before games are played. 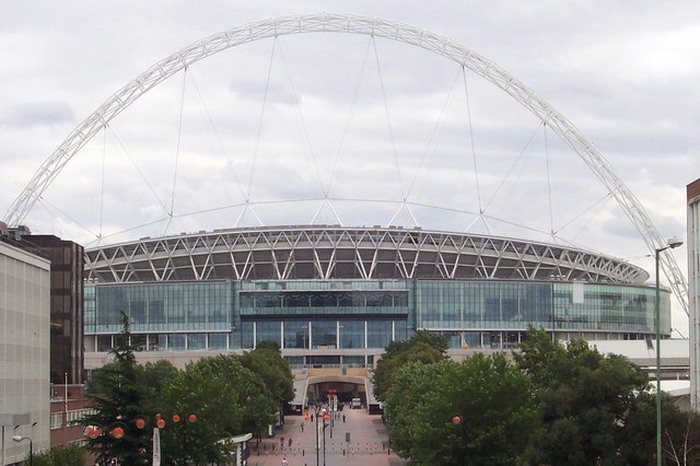 After a gruelling and unique EFL Championship campaign, this season’s action in the second tier will finally come to an end as Brentford and Fulham clash in an all-London EFL Championship play-off final at Wembley Stadium on Tuesday. This promises to be a thrilling final as the Bees and Cottagers battle for a place in the Premier League.

These west London rivals were undoubtedly the “best of the rest” last term, so neutrals and those kind of heart will find it only right that it is they that contest the showpiece. Both finished eight points clear of fifth placed Cardiff in the normal season but one will be going home empty handed here, whilst the other can dream of the promised land of the Premier League.

Thomas Frank’s Brentford and Scott Parker’s Fulham go head-to-head in the EFL Championship play-off final at Wembley Stadium on Tuesday. Both teams racked up 81 points in the regular season, one win short of an automatic promotion place. The Bees had the better of things during the elongated campaign, doing the double over the Cottagers but in a one-off final that will count for little. These two London sides are well matched, but who will book their place in next season’s Premier League?

Brentford beat a dogged Swansea City outfit 3-2 on aggregate in the semi-final to progress. Having lost 1-0 in South Wales, the Bees turned things around in the last ever game at Griffin Park, going on to secure a 3-1 win.

The Cottagers achieved the same aggregate scoreline, albeit in rather different fashion. Fulham were 2-0 winners at the Cardiff City Stadium in the first leg of their semi-final with Cardiff City. Despite losing the second game 2-1 at Craven Cottage, Parker’s boys held on to go through.

Play-off finals are often tense, nervy affairs and there is clearly little between these two as indicated by the fact they achieved the same 46-game points total. This final could go either way, but we are backing the Bees to nick it. Brentford are priced at best odds of 11/4 to win by exactly one goal and that’s our call here.

The EFL Championship is the second tier of professional men’s football in England. Over the years it has had many different names, including the Second Division and, perhaps a little more confusingly, the First Division. The latter name makes sense within the context of the English Football League, with the Championship being the highest level of football within the EFL. The Football League Championship took on its current moniker in 2016 and, to stop everyone from becoming completely confused, we rather hope it sticks to that name!

Structure of the Championship

Call it what you will, but as that famous box to box midfielder (not really!) of ye olde times William Shakespeare said, a rose by any other name would smell as sweet. When it comes to the Championship, old Bill might have said “Division 2 by any other name would still be as fast, frenetic, fiendishly and fiercely competitive and attract crowds the size of which put many of Europe’s other leagues to shame”. Or words to that effect.

We’ve already established that the EFL Championship is the division below the Premier League. Now let’s take a look at its structure, format and some of the keys dates on its calendar. In common with most of the top leagues in Western Europe, the Championship generally runs from August to May. Again, in keeping with most other second tiers, it features promotion and relegation and, as with all levels of UK football, there is, as of 2018-19, no winter break.

For such an important and powerful league, the Championship consists of a lot of teams. A relatively bloated number of 24 sides ply their trade in England’s second tier, whereas, for example, there are only 19 clubs in Serie B at the time of writing and only 18 in the German second division.

Teams play home and away, creating a standard season of 46 games per club and 552 matches in total. At the end of this football marathon, the top two sides gain automatic promotion into the Premier League. The bottom three are relegated into League One, whilst the four clubs finishing third to sixth go into the play-offs.

After the regular league has finished there is still one huge prize up for grabs as the best four non-promoted teams battle it out for one final Premier League place. The teams finishing third and sixth, and fourth and fifth, meet home and away in a two-legged play-off semi.

The two sides prevailing in the semis head to Wembley at the end of May to meet in the crucial Championship play-off final. Often dubbed “the richest game in football”, in 2018 it was said that victory for Fulham would be worth at least £160m to the club. That huge figure would rise to a whopping £280m, according to football finance experts Deloitte, if Fulham can stay in the top flight for at least another campaign.

Note that the dates below are based on the 2018-19 EFL Championship. The exact dates will change from season to season but these can be used as a rough guide.

Betting on the Championship

Betting on the Championship is huge business. This should come as no surprise because the UK is the world’s biggest regulated gambling market; football is the most wagered on sport in the UK; and the Championship is the second most important division in the UK (apologies to Scottish football, but it’s true!).

The range of markets on the EFL Championship and the overall betting coverage is right up there with the Premier League. There isn’t quite the same depth of markets and betting options but it certainly isn’t far behind.

When it comes to betting on the Championship, most of the tips within our main football betting strategy guide apply. In short, that means that looking for value is key and that studying as much information and data as possible is the best way to try and find bets where the odds are in your favour.

Looking at stats is a great way to try and pick your bets, although it’s always worth remembering that usually the odds are reflective of such publicly available information. None the less, stats and trends are fluid and so if you can get on an emerging trend early you may be able to find some great value whilst the rest of the market – and the bookies – catch up.

Home advantage is often thought to be a big factor in deciding which team will win. However, the fact of the matter is that the benefit of home advantage has been diminishing steadily for a long time. All the way back in 1896, home sides won a whopping 65% of games in the Football League.

In 2015/16 this had dropped to just 41% over the top four tiers of English football, a relative drop of 37%. In other words, home advantage was over 1/3 less powerful. In the Championship, on average sides win around 48% of their home games if we look at the last few years.

When it comes to Championship football most people think of exciting, end-to-end games with lots of action and goals galore. As said, trends change over time, but looking at the most recent complete campaign, 2017/18, those looking to bet on goals should note the following:

As said, the bookies are usually well aware of the main trends, so you usually have to work a bit harder to uncover some real value. However, it’s worth noting that within overall league trends, you will often find some real outliers in terms of individual teams and if you can get on these early you could well make a killing.

Again, considering the 2017/18 season, whilst both teams scored in 50% of matches overall, in QPR games this figure leapt to 63%. At the other end of the scale, “BTTS – no” was a winner in 61% of games involving either Wolves or Birmingham City.

Perhaps the most lucrative bet last term was to back over 4.5 goals in Hull’s Championship matches. Hull were poor last term, finishing 18th and they conceded and scored a lot of goals. However, with the odds for over 4.5 goals usually being around the 4/1 mark, even for games where many goals are likely, Hull would have yielded a remarkable profit.

Over 4.5 goals was a winner in 24% of their games, almost a quarter. That really was a huge number of high scoring games. The next highest in the Championship was Bristol City’s 15% and the lowest was Millwall, with just 4% of their matches seeing five or more goals.

Want to impress your Championship-loving talking cat with some dandy football stats? Does the future love of your life look like she’d be wooed by a bit of second tier trivia? Or are you just a bit of a football nerd? Whatever your motivation for picking up some Championship trifles, we’ve got 10 great facts sure to wow even the geekiest of geeks!

Now we’ve sated you stats fans, let’s give the history buffs a little information on the second rung of the English football ladder. We’ve touched on much of this already but here in chronological order is a concise history of the division.

The Football League Second Division was created in 1892 and operated under that moniker for 100 years until 1992. It came about following a meeting in 1888, at which the director of Aston Villa, a Scotsman called William McGregor, hoped to create an organised league.

Both divisions would have 12 teams and the founder members of the Second Division, nine of whom had been in the lesser Football Alliance, were:

The exact format of the league has changed very little after promotion and relegation were established relatively early on. There have been some minor changes but the biggest alterations were simply cosmetic.