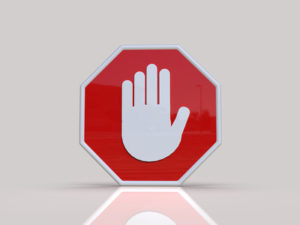 In this article, we will take a look at why bookies might limit your account, whether this practise should be allowed, what you can do to avoid it happening and whether or not there is anything you can do once a limit is in place.

We’ll also look at what the consequences might be if bookies were not permitted to limit accounts on an individual basis. We have a separate article which explains the difference between betting limits and payout limits.

Before all that though, let’s start right at the very beginning… 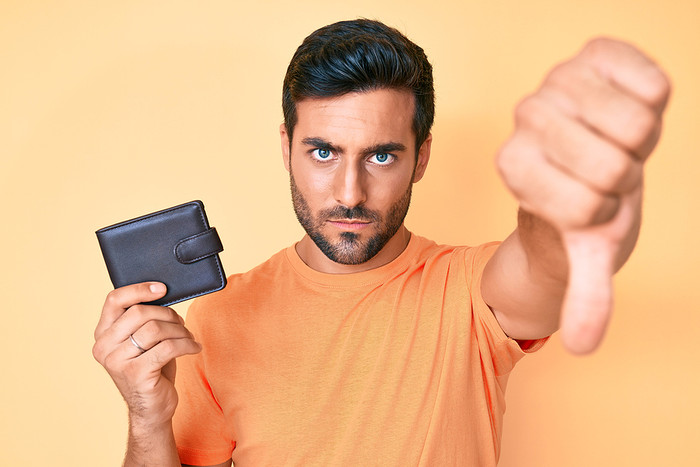 Bookmakers reserve the right to choose who bets with them – there is no legal obligation for them to take any bet that any punter wishes to strike. Rather than refusing point-blank to accept wagers though, most bookies will initially apply a limit to an account. In the simplest of terms, this means you will not be able to bet as much as you want.

Sometimes you may receive an email from a betting site informing of you this. The more likely scenario, however, is simply that when you go to place a bet you will receive an error message stating something along the lines of ‘This bet exceeds your maximum permitted stake’. A second part of the message usually either tells you simply to try a lower stake or, more helpfully, tells you what the biggest bet you can make is.

How Are Limits Introduced?

Different bookies will use, calculate and apply limits differently, often using algorithms to decide what they feel is an acceptable risk. Precisely how a site’s limits work is confidential business information but from experience and speaking to other limited punters, it seems at least some bookmakers apply limits gradually. So, for example, the first limit they enforce may allow you to place 50% (or more) of the maximum that would be allowed on a ‘clean’ unlimited account.

This may then be lowered to 20%, 10% or even a measly 1%, which in some ways is more frustrating than simply being told your custom is no longer welcome. Such a limit may leave you, for example, attempting to place a three-figure bet, and being told your maximum permitted bet is £1.87, or some such ludicrous and rather pointless amount.

As well as the limits being calculated from a percentage of what clean account would be allowed, there are other considerations too. The odds are highly relevant, with larger stakes usually permitted on selections at shorter odds. In this way, the bookie is more interested in controlling not what you bet but what you might win, which is to say their liability on the wager. In addition, you may find the limits are less strict on bigger sports and events where the oddsmakers are more confident in their pricing.

Why Do Bookies Limit Accounts? 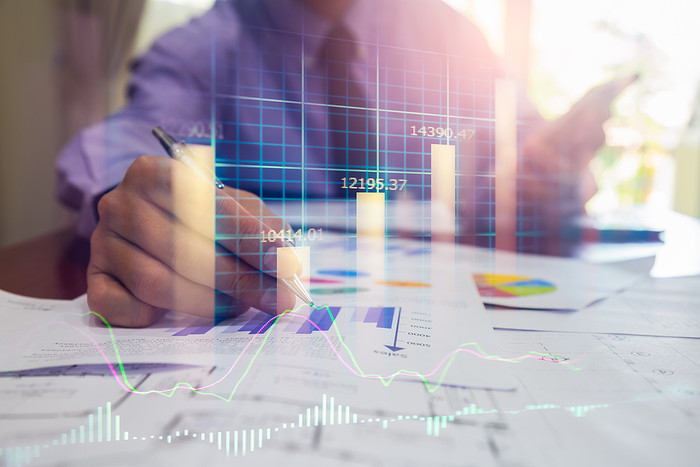 Bookies limit accounts to protect their profit margins. One of the greatest things about sports betting is that the bookies can be beaten consistently and this is down to skill, or some combination of knowledge, research and understanding, rather than just luck. Although even the best pros in the world don’t mind a bit of luck every now and again as well.

This contrasts markedly with most other forms of gambling, such as bingo, lotteries and casino games. In such games there is essentially no way for the punter to win in the long term. Luck will deliver short-term gains but in the end the house always wins. Betting on sports is different though and that is why professional gamblers exist.

So, bookies use limits and ultimately bans to make sure they do not lose too much money to professional gamblers. But what prompts them to apply the limits? You may well be a normal recreational punter who bets for a bit of fun and generally loses much more than they win and yet still end up severely limited. Why is that?

A range of different behaviours and activities can lead to a bookie limiting you and usually it is a combination of the following.

Those are the major reasons why you may have incurred the wrath of the limit police but there are lots of related but subtly different issues at play too. In addition, as noted, these factors listed are often interrelated too and it is typically some combination of them that will see limits imposed.

It is important to stress that bookies do not limit or ban winning customers simply for winning. These are all respectable, licensed businesses and they are more than happy to pay out large sums to winning customers. If they believe your win, or even multiple wins, are simply down to chance, luck and a bit of knowledge and came when they were happy their odds were right, you should not see your account limited too quickly.

Of course, should such a run be sustained, things may well be different and clearly if bookies allowed highly successful punters to bet as much as they wanted, the industry would have a problem. We will look at that issue shortly but first, let’s consider what your next step as a punter should be if you get limited.

What To Do If A Bookie Limits You 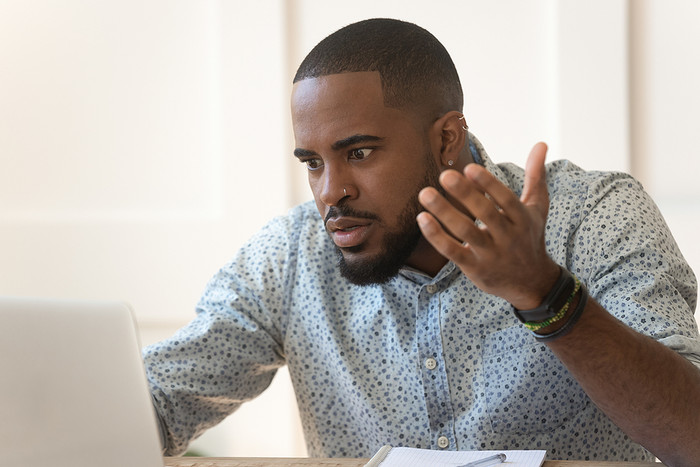 If you have received the dreaded email or error message, you are probably wondering if there is any way to get your account limits removed. Whilst we cannot categorically rule out the possibility that you might have your normal betting limits restored, it is not something we have heard of happening.

Usually, any attempts to discuss the situation are met with the straightest of straight bats and the most generic email which basically states the issue is not up for debate and is a business decision. Feel free to try live chat, email or phone and if you do have any joy let us know, but from experience, once an account is limited, the only change is to be moved to more severe limits and then ultimately account closure.

So, where does that leave you? Well, the first thing to note is that it may be possible to still bet with your preferred bookmaker but receive lower odds. We have seen this offered in an automated fashion but it may be the case that you need to contact the bookmaker to see if they will allow you the full stake you want but at a worse price. Sadly this is rarely a great workaround as you will probably find that where reduced odds are offered they are lower than you could get at another betting site. Nonetheless, for those who really like a certain bookmaker it may occasionally be worthwhile.

The most obvious solution to a limited account is to simply accept defeat and move on. There are plenty more fish in the sea and at the time of writing there are in excess of 80 online bookies in the betting ocean of UK licensing. All of these are licensed and regulated and whilst some are perhaps less reputable than others, there are still a lot of big, polished, trustworthy operators who will gladly accept your bets.

Join a new bookie and not only will you more than likely be able to claim a free bet you’ll also have full, fresh limits so you will be able to bet away with relative freedom (at least to begin with).

The vast majority of recreational punters will find this solution more than adequate. For bonus baggers and hardcore pros, there are certain options that are possibly beyond the limits of legality but certainly beyond the remit of this piece. However, should you find yourself in the position of regularly being limited and running out of new betting sites to join, the exchanges are the place to head.

Betting exchanges, Betfair being the dominant one, are perfect because you can never be limited there, at least not in the way we have talked about with bookmakers. The model at an exchange is different and because you are not betting with Betfair, but with other punters and third parties, it does not matter to Betfair themselves whether you win or lose, how accurate the odds were when you made the bets or how obscure the markets are.

Exchanges will rarely offer the sort of value that professional gamblers are seeking but the majority of the time recreational punters will find the prices to be as good, if not better, than many bookies. Similarly, whilst those earning a living from betting may struggle to find liquidity for the minor leagues and sports where they have the edge, most day-to-day bettors should be able to place the vast majority of their chosen bets easily enough.

Should Limits Be Allowed: Is It Fair? 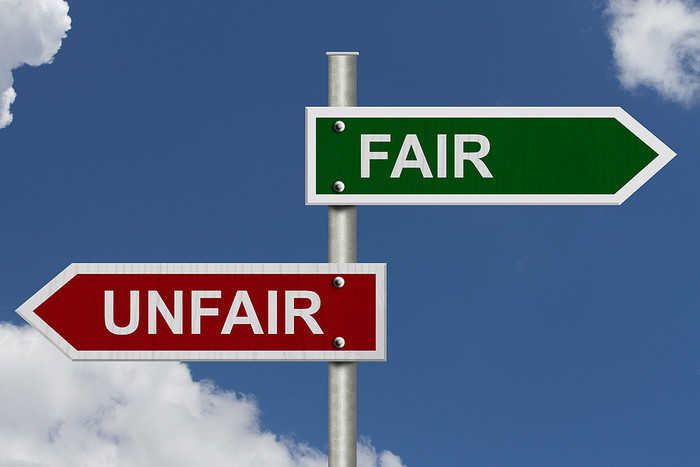 To many people, the whole idea of limits may seem unfair and some punters may even wonder if bookmakers are allowed to impose them and, if they are, whether they should. Well, as said, bookies are perfectly within their rights to accept and refuse whatever bets they like from whichever punters they decide.

This can seem unfair to some as it feels a bit like bookies are saying they only want bets from people who lose. However, as we have said, that isn’t the case and all betting sites know full well that if their customers didn’t sometimes win they would soon be short of people who are happy to place bets.

Could the Government Step In?

There is certainly some unhappiness with the use of limits. Some have called for the introduction of a minimum bet, whereby all punters could be guaranteed of having stakes of a certain level accepted. The MP for Shipley, Philip Davies, has been among those to argue for such a policy.

Back in 2018 Davies, then the co‑chair of the All-Party Betting and Gaming Group, took up the cause after a constituent of his complained about bets that they were attempting to place were being restricted to a fraction of what they wanted at the advertised prices.

Critics of bookmakers’ limits have complained of false advertising. TV ads and banners in retail outlets might promote a certain price but those odds are not actually available (at least not with any worthwhile stake) to many punters.

The concept of a minimum guaranteed stake gained a bit of momentum in the UK and has been implemented elsewhere. In Australia minimum bet limits (MBLs) were introduced in horse racing by the sport’s regulators. These are applied differently from state to state and cover different types of horse and dog racing.

The MBLs are actually quite generous, with bookmakers forced to accept bets with the potential to win up to $2,000 (more than £1,000 at the time of writing). Many in the UK would love to see a similar scheme introduced here but how would it work in practice?

What Would Happen If Limits Were Not Allowed? 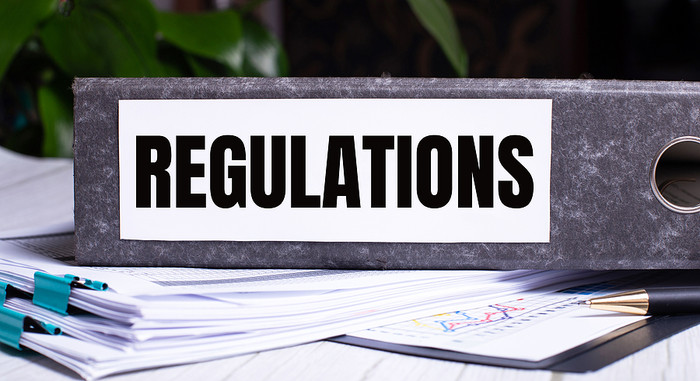 As with most regulation that is designed to address one problem, many people fear that banning individual limits or introducing a high MBL as in Australia, would have many unintended consequences.

For example, if a bookie was not permitted to stop specific players from wagering high amounts, how else could they protect their profit margins? There would be two obvious options: they could introduce lower limits for all customers, or they could simply offer much poorer odds. They could also reduce or remove free bets and other offers, or perhaps introduce additional charges.

Some of these steps could also be used to try and offset the potential damage caused by four-figure MLBs. And in both cases, the chances are that it would be the huge number of ‘normal’ punters who would suffer the most. This is perhaps the biggest issue with such proposals although there are other concerns too, chiefly from bookmakers who do not want additional red tape or government interference.