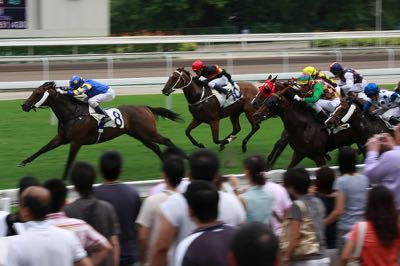 For some of you out there, picking the winner of a horse race is already enough of a challenge so there is little need to make life harder for yourself. If you do have more of a knack for making correct predictions though, there are ways you can boost your winnings even further.

One of these is by not just betting on the horse you think will win, but by it’s margin of victory. This is what is known as winning distance, or winning margin, betting. It is a market you can stumble across for other sports that involve a race, for example, Formula 1 and greyhounds, but it is horse racing where it has made a name for itself.

How Does Winning Distance Betting Work? 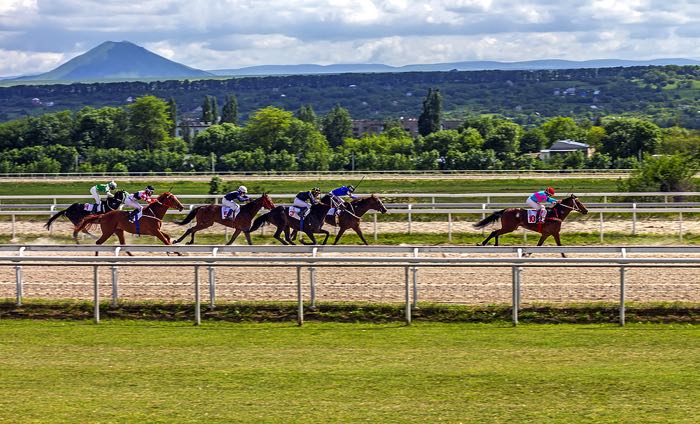 As mentioned above, a winning distance bet requires you to pick the winner of a horse race and by what distance the horse will win by. Usually, for the distance, it is a matter of choosing whether it will be equal to or greater than a specified margin. So, for example, it might involve you backing the favourite to win by at least two lengths.

It is possible to also see under rather than over distances being offered, so a horse to win by under x lengths. This kind of bet is only usually offered as a special for selected races though rather than being a standard market. Certainly, it is something we see very seldom because the norm in horse racing is always to pick a horse to win by at least a certain distance.

No matter what race you are betting on, the greater the winning margin you select, the bigger your odds will be. Betting on a horse to win by one length or more will not tend to make a big difference but with every increase up the price will get larger and larger. The other thing that will influence the odds is the distance of the race itself. It is typically much harder, for instance, to win a five-furlong sprint by at least four lengths than it is to win by that margin in a three-mile steeplechase. As a very general rule, the shorter the race, the tighter the finish will be.

Do I Need to Pick a Horse When Placing a Distance Bet?

As we have established, your standard winning margin bet will involve you picking out a horse and predicting them to win by at least a certain distance. This is not the only option, however, as at some bookies you can simply bet on the winning distance, without needing to specify which horse will be the one involved.

The example below is from a 1m2f handicap involving 11 runners. The ranges provided are not fixed and they will be larger for longer distance events. They can also vary depending on which bookmaker you are using but we are just highlighting this one as an example.

It is not a particularly popular market but it can be used to good effect in a small number of races. It is worth considering, for example, if you think a contest is going to be too close to call as there are three or four horses with every chance of winning. In this situation, you can satisfy your hunch by betting on a small winning margin. Going down this route is most likely a better alternative than betting on three or four horses to win!

Which Bookmakers Are Best for Winning Margin Betting?

BetVictor do a fantastic job when it comes to winning distance betting, at the time of writing. For most races, if you open all available markets, you can click the ‘lengthen your odds’ button for any competing horse in a race. This will allow you to specify how much you think your chosen horse will win by, in increments of just half a length.

BetVictor offer odds all the way up to 10 lengths too so if you fancy your horse to absolutely crush the rest of the pack, you can be paid handsomely when it happens. In this example, Johnny Boom was the 6/5 favourite but you could get odds as large as 18/1 on him to win the 1m2f test by 10 lengths or more. 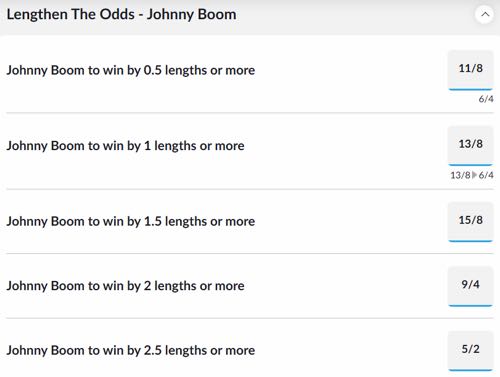 An extra mention must also go to William Hill who – at the time of writing – supply a great, albeit not quite as impressive, range of options. As standard they allow you to bet on a horse to win by over one, two, three, four or five lengths. While unable to match BetVictor’s range, this will still be more than enough to satisfy most punters. You will find these odds within the ‘lengthen your odds’ section for an individual race.

When Is Winning Distance Betting a Good Idea?

Winning margin betting is worth considering whenever you think your selected horse is capable of winning the race with some degree of comfort. If you instead think it will be an incredibly tight affair in which the runners are separated by a mere neck or even a head’s length then it is a market you should stay well clear of. Should this not be the case though, it is a good way of increasing your odds and thus your potential winnings.

In terms of what margin of victory is best to choose, this entirely depends on the length of the race, the strength of the opposition, the going and other factors. There is no right or wrong approach, it is largely a matter of how confident you feel. We would perhaps suggest that going for long margins of victory is something you should use sparingly as most races are generally not won emphatically.

In part, this is because some jockeys will not push a horse if it is winning by a comfortable margin down the run-in. Sometimes trainers want their horses to make a real statement of intent with a dominant victory but on other occasions, they will not want their horse to put in any more effort than is required to ensure the victory. This is all part of the challenge of winning distance betting though. You might be right in thinking a horse is capable of claiming a race by seven lengths but this does not mean that it will necessarily win by such a margin.

Will a Bookmaker Measure the Winning Distances Themselves? 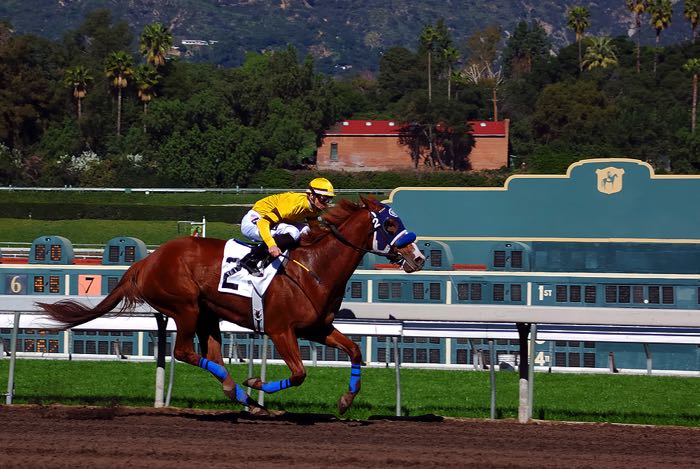 No, the bookies will always use the official results, it is not for them to decide what they believe to be the ‘correct’ margin. This means you will not get a situation in which the bookie is claiming a horse only won by two and three-quarter lengths while the official results say it was three. The British Horse Racing Authority has a set, objective way for determining winning distances and these are final.

How it works is that they take the time difference between the horses and apply a length per second scale. The scale varies slightly depending on the type of surface, the going and the type of race. A flat turf race that is run on good going for instances will use six lengths per second but a jump race of soft (good to soft in places), soft, or slower will use four lengths per second.