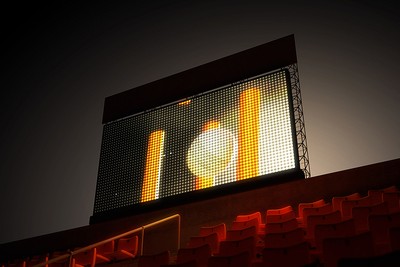 There are many crucial and heated moments in an average cricket match. The fast-paced balls, dynamic strokes of the bat and the sharp (or fumbled) fielding make cricket one of the most exciting games to watch. As with many sports, though, one of the most important parts of this game is the person ensuring the rules are followed: the umpire. Umpires are highly trained individuals who closely monitor every second of the matches and make important decisions in the game. It is often the decision of the umpire that moves the game forwards or, in some circumstances, makes the difference between a side winning or losing.

Umpires are the most trustworthy people in the field due to their intense training and extremely tough examinations that only allow the very best of candidates to become top-level officials. But even so, with potentially pivotal events happening in a fraction of a second, mistakes are bound to be made. And when mistakes are made, a lot of people notice.

Cricket’s growth has been unprecedented in the last few decades and hundreds of millions of people around the world enjoy the sport. This inevitably increases the scrutiny placed upon umpires’ decisions as the stakes for winning or losing matches can be incredibly high. There is no limit to the disappointment of fans and players alike when they believe that an erroneous decision has been made.

This is where the DRS or Decision Review System lends a helping hand. It is the most effective tool in cricket and it uses high-end, cutting-edge technology to accurately track the pattern of the ball and provides transparency to the players and umpires alike, ensuring a fair game… or as close to fairness as possible at least.

What Exactly is the DRS? 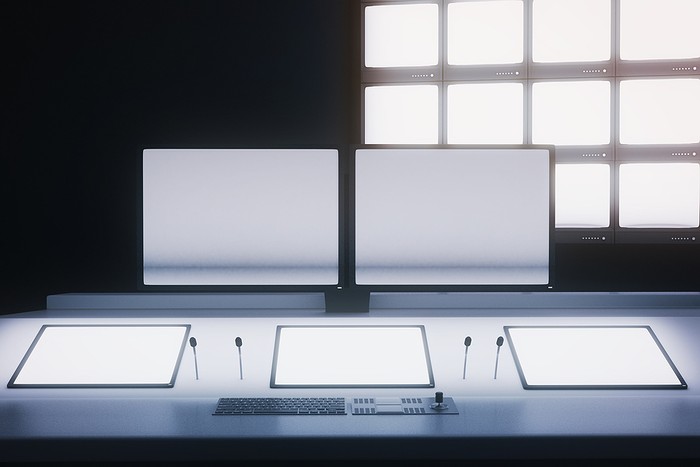 In cricket, the Decision Review System (DRS), or the Umpire Decision Review System (UDRS), is a technology-based process (or series of processes) that helps match officials make decisions. The DRS allows players to request a review of the calls made by the umpires on the ground and also helps umpires to consult the third umpire for any decisions they are unsure about. These are referred to as a Player Review and an Umpire Review respectively.

Modern international sports are increasingly reliant on technology. Assistance from the DRS has become common and important in cricket as well. The DRS has been called to make numerous decisions since its implementation. The transparent nature of the system allows fans to connect with and understand the sport better. 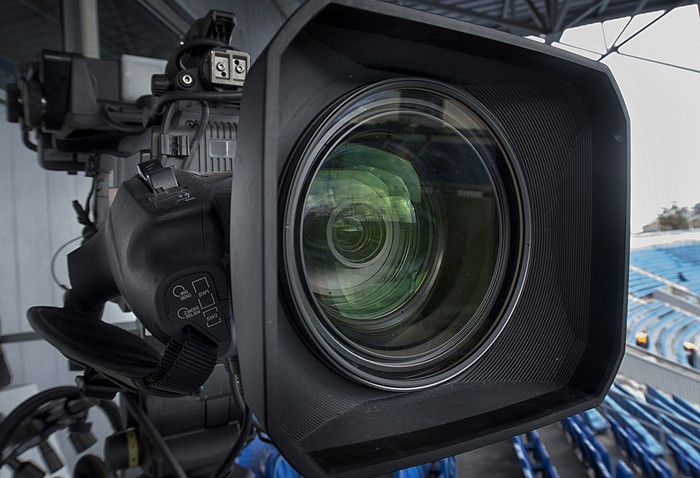 Video replays are the most commonly used component of the DRS. A television replays the last few seconds before and after the period of gameplay in question. This can, for instance, show whether the ball has pitched outside of leg stump or indeed if it has been a no ball.

Tracking and predicting the path that the ball takes or would have taken after interruptions are possible due to the Hawk Eye component of the DRS, also sometimes referred to as the Eagle Eye or Virtual Eye. It can also predict if the ball would have hit the stumps and accurately indicates whether the ball was interrupted by the bat or pad.

Real Time Snicko (RTS) or Ultra-Edge are directional microphones that detect tiny sounds made as the ball hits the bat. Before the RTS, a Snickometer was used for this purpose until 2013. The RTS doesn’t need any manual syncing and is only calibrated once in the morning of the match. If the Snicko catches a sound the audio waveform displayed on the screen spikes. This is how the third umpire and even the viewers can make out if the ball hit the bat or not. If there are no movements in the audio as the ball passes the bat, it is interpreted as not interrupted, so the waveforms are assessed alongside the replays to ensure they are related.

The contact of the ball with the bat can also be indicated using a Hot Spot which is an infra-red imaging system that detects temperature changes upon contact. Hot Spot came under fire after the 2013 Ashes series in England because silicone tape on bats prevented faint edges from being picked up by the system, as was later confirmed by an MIT report.

How Do Reviews Work?

As part of the DRS rules in cricket, every DRS review involves fixed steps followed by the third umpire. The team calling for review has only 15 seconds after the initial decision by the on-field umpire is made to dispute it for a review while the umpires can choose to use the DRS before making the decision if they so choose. It is also notable that players are not allowed to question any aspect of an umpire’s decision before opting to request a Player Review. The DRS works mainly with three review systems: 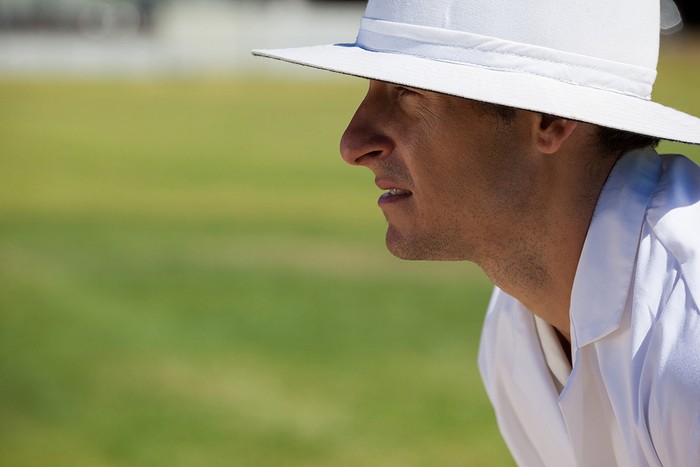 Cricket can be very fast-paced even despite the long-playing time of matches (especially Test matches). There are instances where certain instances transcend the human eye’s ability to process certain aspects of what has happened. Umpires can call for decision review from the third umpire in the following events.

When attempting to assess a possible run-out, as the last resort, the third umpire can be asked to determine whether the batsman has made it home if the on-field umpires are unable to decide. There is also the situation in which both batsmen are running at the same end of the pitch, this causes confusion and the umpire can consult the third umpire to check who made it to the safe area first. New Zealand’s Test match against the West Indies in 2006 was an instance when the system was was used in this context.

There are additional circumstances when the umpire may request the DRS to be used. Such as a close boundary call to ascertain if the ball dropped over the rope. Or if the fielder’s dive ended up with the fielder making simultaneous contact with the ball and the boundary.

When a third umpire is available, but the DRS is not in use, umpire reviews can still be performed by the on-field umpires. A decision is made by the third umpire based on television replays only, and not ball-tracking technology and so on. 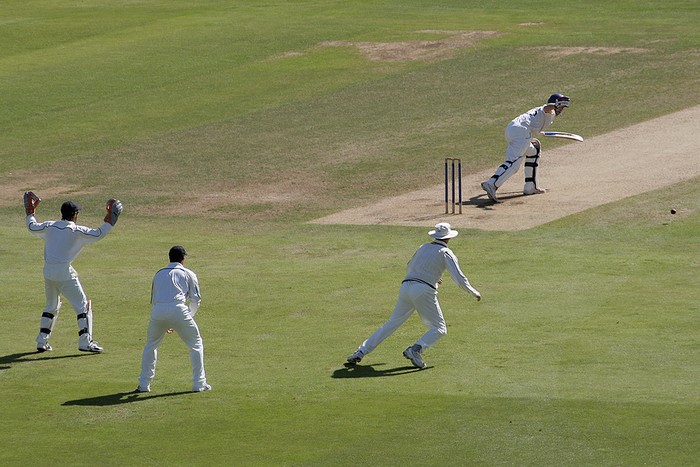 A “not out” ruling may be appealed by the fielding side, whereas an “out” ruling may be appealed by the side who are batting. The indication to use the signal is done by the captain of the side that is is fielding or the batter who has been given out by the umpire by signalling a “T” with their arm and bat or hands. If a fielder holds the ball after it makes contact with the batter’s bat or glove, or if a delivery meets the criteria for an LBW dismissal, only then may a challenge be made.

Each team gets two chances at a referral in a Test match and only one chance during a one-day international match or a T20 match. 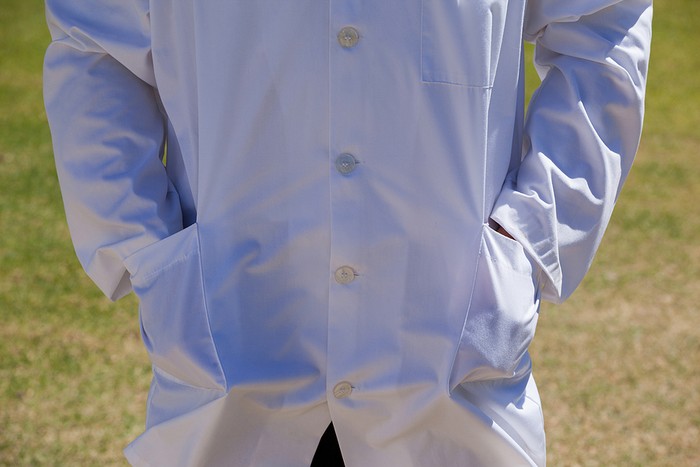 In 2008, the umpiring Decision Review System was implemented to make the game fairer and reduce errors that might come across as obvious or blatant. With DRS becoming increasingly common soon after, people feared that Cricket had become too forensic in its decision-making.

In 2016, the ICC introduced “Umpire’s Call”, a system that gave more weight to the umpires by giving them a chance at making their original decision stand even if it is in dispute with the DRS. A “clear mistake” by the on-field umpire must be addressed in order for the decision to be reversed as per the rules of the referral.

In other sports, similar issues have arisen when highly marginal decisions seem to be unfairly decided forensically or technically. The implementation of Umpire’s Call has thus been noted in many other sports apart from cricket.

The final call is the last step of the DRS. The third umpire will review all the evidence and check if the review has come to a new decision or the original decision should stand. Sometimes, the review system gives no decision due to inconclusive data. Finally, it is up to the umpire to go along with the decision of the DRS signalling that intent or stand with their original decision.

When Was DRS Introduced? 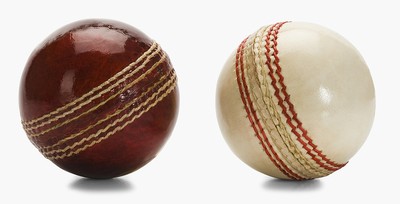 In November 1992, DRS preceded the system that allowed umpires to refer some decisions to the third umpire. Only television replays were used back then. The invention and implementation of the DRS allowed greater clarity in decisions.

The facility to allow players to review decisions through the third umpire and other technologies was only introduced in Test matches after some controversial decisions made by the on-field umpires were brought to light. Before that, only Test match umpires were able to pass the decision to the third umpire. The Player Referral system by the International Cricket Council (ICC) was first tested in 2008 during a match between India and Sri Lanka.

The International Cricket Council announced that from October 2013 a team could use the DRS twice more after 80 overs in an innings. Prior to this, each team could only review two unsuccessful calls every innings. However, in November 2017, the ICC reversed this decision back to only two unsuccessful reviews per innings. Nevertheless, teams would retain their review if an “Umpire’s call” was made on reviews related to LBW.

The Twenty20 International first sought DRS usage during the October 2017 India versus Australia series but it was in the knockout stages of the Pakistan Super League in which DRS was first used in a T20 league. The ICC agreed in 2017 that all T20 matches henceforth would only allow one DRS review per team.

Is the System Popular? 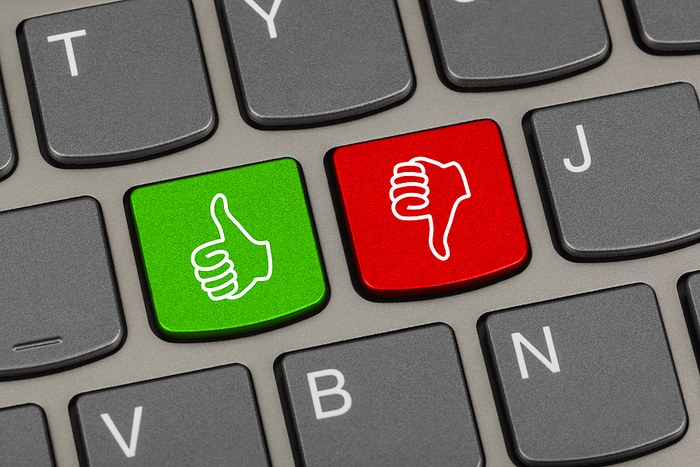 The Decision Review System has been popular in the game of cricket and has generally received a lot of positive feedback. Due to this, the ICC decided on the uniform implementation of the DRS over all of its matches. However, some countries are unable to afford the high-tech equipment and skilled workers to properly implement it.

Even though it is usually received as a tool that improves the experience of the game, many people suggest it undermines the authority of the on-field umpire. Many players have also shown varying degrees of dissatisfaction with the system after games (mostly when they disagree with decisions that directly affected them). Generally speaking though, the reception has been and remains broadly positive among fans of cricket.

Having said that, there have been situations when officials of the Hawk Eye system, a component that is widely used by the DRS, were found admitting to errors in the system which cost teams like Pakistan their match. As Cricket Australia experimented with the DRS, many players found it to be a joke and the association halted its use after only two games. Hawk Eye’s accuracy was also under fire once when AB de Villiers was once clean bowled but the trajectory prediction given by the Hawk Eye indicated the ball was not going to hit the stumps at all.

While cricket has traditionally been using an umpire to make all the crucial decisions, the scale, popularity and possibilities that the talented players bring to the field make it necessary to incorporate some technology into the game. The ICC has expressed their likelihood to work on the system and improve it to use it in all their games. One thing is for sure, though, the DRS is seen by most fans and pundits as a definite plus for the world of cricket and we can’t see any major changes occurring any time soon.