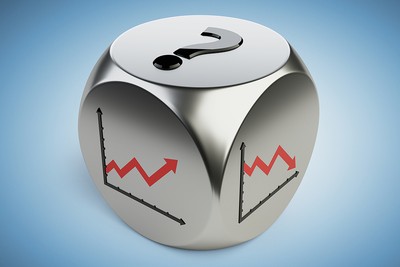 Implied probability is a term that crops up in some of the more technical and advanced betting discussions that appear in various publications or on certain betting-related websites. Understanding implied probability is key if you are wanting to take your betting more seriously because it is central to understanding value and value is ultimately the most important thing to understand and consider when it comes to making a long-term profit from betting.

Even if you are just a casual punter who has a few bets for fun, knowing what this term means and understanding the concept and how it is calculated will enhance your betting experience and could give you a better chance of winning. Equally, if you have just stumbled across the phrase and want to know what it means, we will explain it in basic terms too.

What Does Implied Probability Mean? 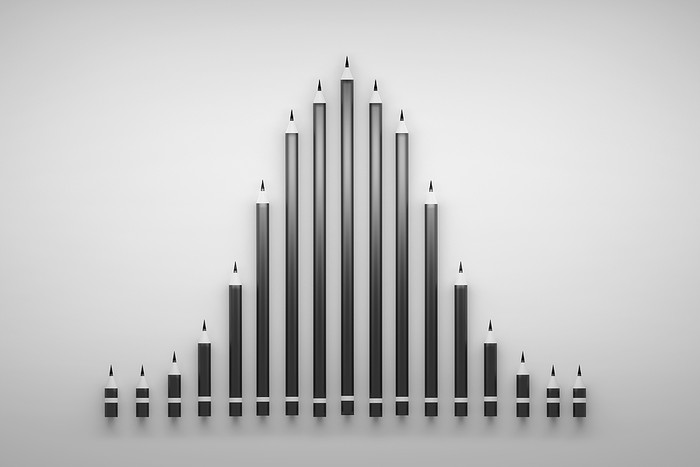 Implied probability is a term used in relation to bookmakers’ odds and means the chance that the selection has of winning based on the price. Put another way, it is the probability those odds imply, or can even be seen as odds being converted into the percentage chance something has of winning. As is often the case when we try to explain how odds work, looking at the toss of a coin is the simplest way to explain this.

If we imagine two friends, or even sworn enemies, though that is a less probable scenario, tossing a £1 coin with the winner claiming a pound from the loser. In this situation, the “odds” are effectively evens (or 2.0 in the decimal format), because each party is risking £1 to win £1. As we know, assuming the coin is not rigged, there is a 50% chance of calling the toss right because you have a choice of two options, heads or tails, both with an equal chance of occurring.

How Do You Calculate Implied Probability? 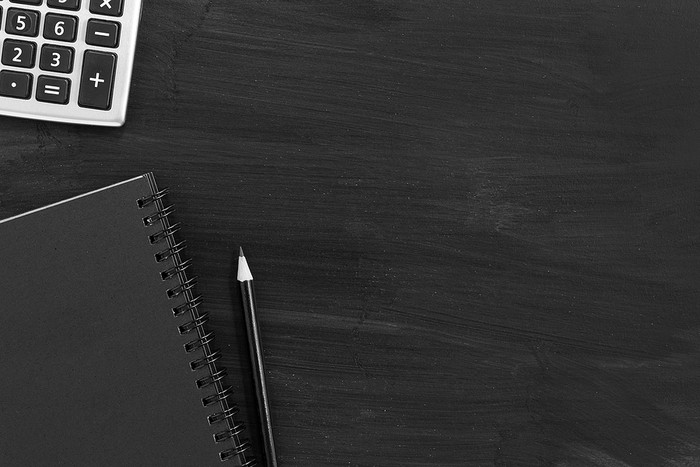 If you prefer using fractional odds you can either convert these into decimal prices first, use one of the many online calculators that do the work for you, or use the following equation:

Denominator (number on right of odds) ÷ (denominator + numerator {number on the left}), Multiplied by 100

How Do Should We Use Implied Probability? 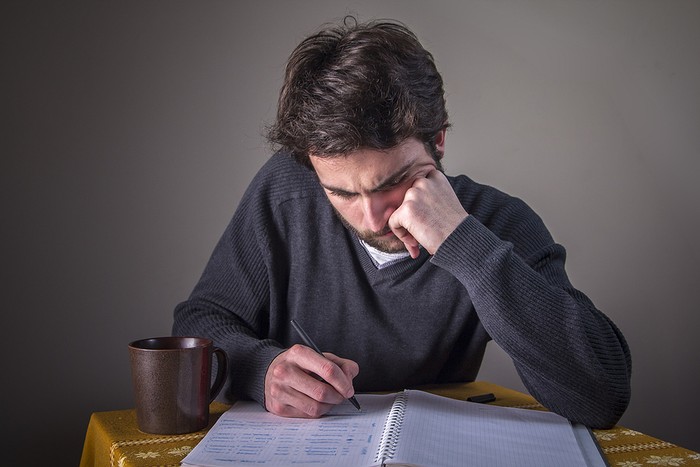 Now we broadly know what implied probability is and know how to calculate it using the odds, the question is… why bother? What is the point and what are you supposed to do with the information?

As we have already alluded to, the key to all this is value. By comparing the implied probability of the odds with our own assessment of the real probabilities of a contest, we can discover whether the prices offered by the bookmaker are good value or not.

Let us return to our failsafe example of a coin toss, something which, perhaps surprisingly, you can actually bet on. Most major cricket clashes will see bookies offer a market on which of the two captains will win the toss. This is a standard coin toss and no matter how many tosses in a row one skipper has won or lost, the probability that either will win any given one is always 50%.

This is perhaps the only bet in the entire world of sports and non-sports betting for which calculating the actual probability of the market is not just possible as a point of fact rather than opinion, but is also very easy to determine: we know it is always 50%. In some regards, betting on the coin toss is more like a spin of the roulette wheel, where you are betting red or black.

However, whereas red or black pay out at even money for an outcome with a just under 50% chance of occurring (due to the existence of the zero), with the coin toss you get odds of just under evens for something with an exactly 50% chance of winning. Some bookies are more generous than others of course but the best odds you will usually see for either captain to win are 10/11 (and you may see 5/6 or even shorter).

This is because bookie odds do not aim to exactly mirror the true probability of an event. If they did that, they would not make any money. Instead, the bookmaker effectively tries to calculate the real probability and then simply reduces the odds by an amount that is sometimes referred to as the “vig”, or overround.

As we have stated, with the toss of a coin, a true 50/50, they know that odds of evens would be “fair” and so reduce them accordingly to ensure they should make a profit in the long term. If we look at the odds of 10/11, the equations above show us that this implies a probability of 52.4% for an outcome that actually only has a 50% chance of occurring.

It may seem a little confusing but you want the implied probability of the odds to be lower, rather than higher than the real probability. So, for example, if you can get 11/10 on a 50/50 shot, that implied probability of 47.6% means you have found a value bet. This is because you are being paid 11/10, odds that imply something is less likely to occur than it is; but in reality you know that it has just as much chance of happening as it does of not happening.

Calculating The Probability Of An Event Happening 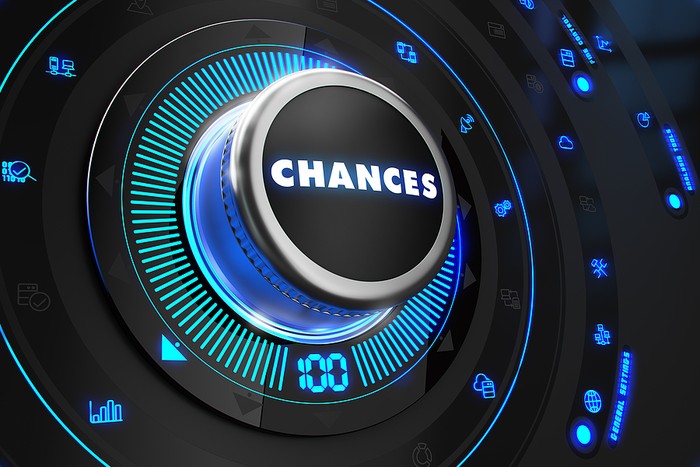 Sadly there are few, if any, other markets such as the toss in cricket where we can say with certainty what the probability of an event happening is. When it comes to sports betting, be it a football match, a game of tennis, a Grand Prix in Formula 1 or the Grand National at Aintree, any assessment of the probabilities will always really be an estimate as there are so many variables and unknowns. What is more, even after the event we cannot really say what the probability was.

Of course, all football fans know that Leicester won the Premier League as 5,000/1 outsiders in the 2015/16 season. Just because they won, it doesn’t mean that the real probability of them winning before a ball was kicked was 100%. Some people might argue that it does but this is to misunderstand probability, or at best be making quite a philosophical statement about the nature of the universe. For the record, the implied probability of 5,000/1 odds is 0% on some calculators, though in reality it is actually 0.019996%.

Returning to how you can use your newfound knowledge of implied probability and the key is to try and come up with your own analysis of a match or event, ideally before you have seen the odds. If we consider a football match between two fairly well-matched rivals, you might expect the home side to win around 40% of the time, the draw to happen around 30% of the time and the away team to win 30% of the time too.

Perhaps it is better to consider a bet that is perceived to be an absolute banker, perhaps a Premier League clash at the Etihad between Man City and Burnley. Punters with no understanding of value or probability will simply always back Man City and will claim that Burnley have literally no chance.

However, in sport we know that incredible upsets happen all the time and that if this fixture was played 100 times, it is virtually impossible that City, for all their might and coached brilliance, would win all 100. Let’s say that you think the Clarets would win eight out of those 100 games. If that was the case, you would want odds of over 23/2 to back Burnley.

Those who do not care about value, only winners, would be right to back City every time. They would win the vast majority of their bets, perhaps around 80 of the 100 hypothetical wagers. But if those odds are too short, worse than the implied probability would dictate, they would still lose money in the long term.

In contrast, if your assessment of Burnley having about an 8% chance of success was shrewd, and what’s more, you were able to back them at 14/1 each time, you could be in the money. Yes, you would lose 92 out of 100 bets. But those eight winners at 14/1 would deliver a very tidy profit. From a £10 bet each time the overall profit would be £200. The odds of 14/1 imply a probability of 6.7% but the Lancashire underdogs have done you proud, winning 8% of the time.

Is Knowing the Implied Probability Useful?

Implied probability is the betting term for when we express odds as the percentage chance a given selection has of winning. Typically the bookmaker’s profit margin means that the odds will be shorter than they “should” be based on a truly fair assessment of the match, race, fight or tournament.

However, bookies make mistakes and punters who are prepared to put the hard work and study in can sometimes have the upper hand. We recommend that you research an event before looking at the odds and try to decide what probability each outcome has. Compare your probabilities with the implied probabilities of the bookies’ odds.

Where your assessment of the likelihood of an event occurring is greater than the odds suggest, this means the price available is bigger than it “should” be and you have found a value bet. So for example, if you believe a certain football match will see over 2.5 goals 50% of the time, any odds over even money should be snapped up.

Why not test your judgement with a series of small bets, recording your results and your pre-game analysis, as well as how the event actually unfolded? The latter is important and if, for example, you should lose your bet, you should not necessarily discard your estimation of the probabilities. For example, if you fancied Liverpool to beat Real Madrid and they lost 1-0 thanks to a dubious penalty, hit the bar three times and had far superior expected goals stats, the chances are your assessment was right. This is the nature of probability – unexpected and unlikely events happen – but stick with it and you could well see results in the long term.