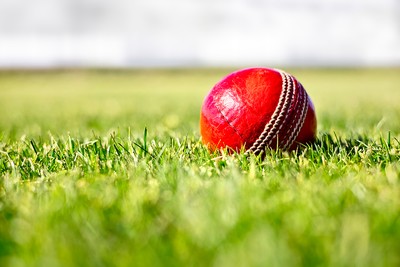 For many cricket fans, and particularly traditionalists, Test cricket is considered the pinnacle of the game in terms of prestige. Although there are other formats of the game, none quite lives up to Test cricket when it comes to tradition, slowly unfolding drama, skill and mental resilience, making it the purest form of the game in the eyes of many.

In this article, we’ll first outline exactly what a Test match in cricket is, then we’ll compare it to the other main formats of the game. We’ll explain which teams currently have Test status (that is to say, the teams that are permitted to compete in Test matches) and then we’ll throw in some Test-related facts and figures, just for fun. 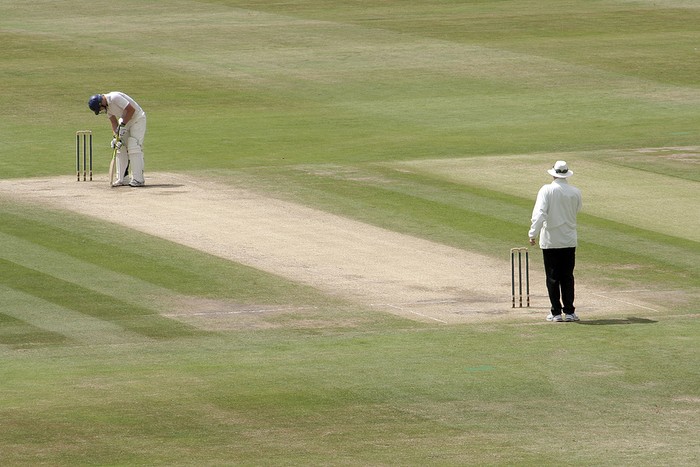 There are various Laws of cricket that apply to all (or most) formats of the game, such as the dimensions of the pitch, the type of balls used, ways players can score runs or get out, and so on. But aside from the usual rules, for a cricket match to be classified as a Test match, it must satisfy the following conditions:

Test matches are usually played between nations in a series of three, four or five matches, usually spread over several weeks. Occasionally teams may play one-off Tests, or a series with an even number of games but typically the major nations play five Tests against their top rivals and three against some of the smaller Test-playing countries. The most famous (and oldest) Test series is the Ashes, which takes place between England and Australia in a five-Test series at least once every two years.

Which Teams Can Play Test Cricket? 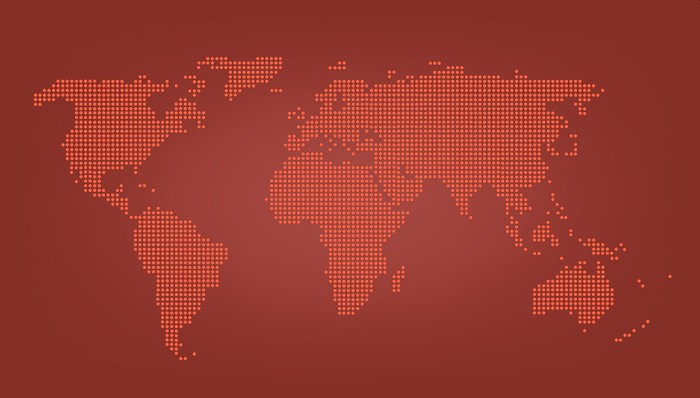 Many popular sports across the globe such as football allow almost any nation to take part in its primary international competitions. Cricket, in contrast, is more of a closed shop when it comes to which sides it gives “Test status” and hence which teams it allows to compete in Test matches. The following teams have ICC Test status at the time of writing.

Note that several international sides are classed as Associate Members of the ICC (rather than full members). These sides are invited to compete in the ICC Intercontinental Cup with a view to being promoted to Full Member status and thus being granted Test status. At the time of writing the following are examples of Associate Members: Scotland, Netherlands, Namibia, and Kenya, though there are plenty more (more than 50) besides those mentioned.

How Does Test Cricket Differ From Other Formats? 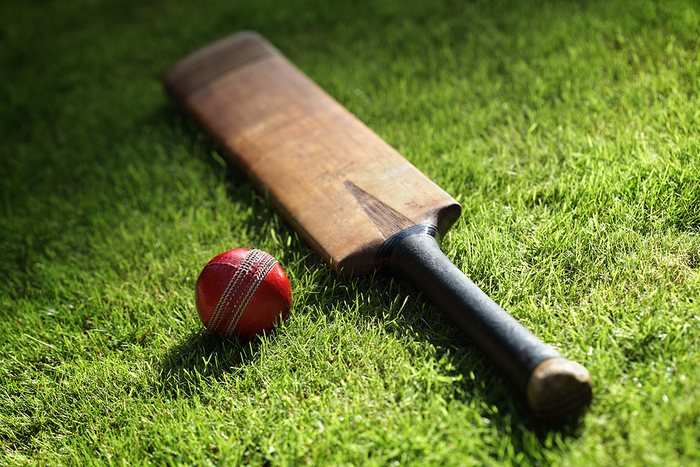 Essentially there are two forms of cricket, one being red-ball cricket (of which Test cricket is the pinnacle for international sides), and the other being limited-overs, or white ball cricket. These are also sometimes called long-form and short-form respectively. As the names suggest, short-form, or limited overs, cricket matches are shorter in duration and allow each side to face a certain number of overs and it is often the number of overs (or balls in some cases) that determines the exact format of the game.

Limited overs cricket differs from Test match cricket (and first-class cricket in general) because each side bats for just one innings (as opposed to two). The number of overs faced by each side is also limited (while this is not the case in Test cricket). Here are the main forms of limited overs cricket: 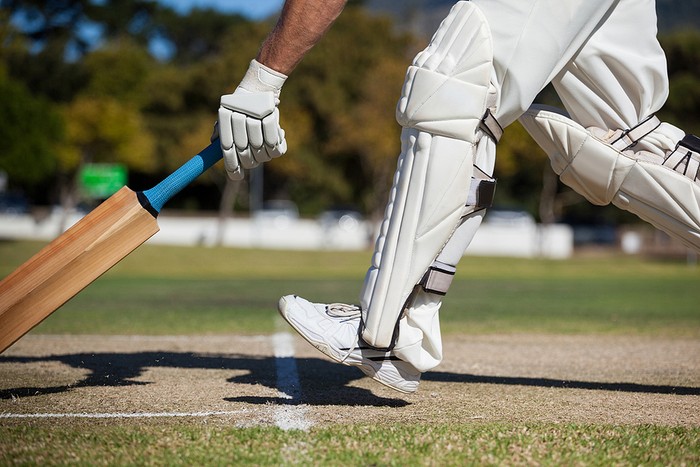 In case you wanted to wow your mates down the pub, or you just fancied some free bonus knowledge without having to ask Siri/Alexa/Google/your grandad, here are some truly fascinating facts about Test match cricket.

In the days long before the preference for five-day Tests and certainly before minimum over rates, this match between England and South Africa in Durban in 1939 marks the only occasion a Test has made it to double figures in terms of days. One of a number of so-called “timeless Tests” that went on and on… and on… this absolute marathon included around 46 hours of play. In theory, such games were played until there was a winner.

And who won this one? You’ve guessed it! It was declared a draw after rain stopped play as the players left for the field for tea on the 10th day! They probably would have carried on for an 11th day had the England side not needed to scoot off to Cape Town in time to catch their boat home. As it was, we suspect both sides were just happy for the game to have reached an end.

There have been shorter Test matches that have ended in draws due to bad weather limiting play (such as the 2009 match between West Indies and England that lasted just 10 balls before it was abandoned because the sandy outfield was deemed unfit for play). But in terms of Tests that one or other side has managed to win, this masterclass by Australia in 1932 is unlikely to be bettered. The entire match lasted fewer than 700 balls, mainly thanks to South Africa’s inability to hold on to their wickets.

South Africa’s first innings total of 36 was one of the worst of all time (but not THE worst, see below for that!), with only one man – their captain Jock Cameron – making it to double figures. Three players failed to score a single run as the Aussies were merciless. To be fair to South Africa, they hit back with style as they skittled the Australian captain before he got off the mark. But the home side amassed a relatively mammoth total of 153 before their bowlers were ready and willing to rip into their opponents once again.

South Africa did better in their second innings, but only just. A very modest total of 45 meant Australia won by an innings and 72 runs and they all had plenty of time to discuss it in the pub.

If you thought South Africa’s 36 was appalling… well, you’d be right. But 23 years later, the Kiwis set a new mark for just how poorly a side can bat. The surprising thing about this abysmal score was that New Zealand had posted a respectable 200 in their first innings. They then bowled England out for 246 and the match was very much in the balance. But then things got messy for the home side. Very messy indeed.

When opener Gordon Leggat was caught in the second over, there was no reason to panic. But then his replacement at the crease got bowled for nought a couple of overs later and the next man in only managed a single run before he was dismissed. In short, this was the collapse of all collapses. At least Burt Sutcliffe could hold his head up high after a relatively great knock of 11 off 33 balls.

Most Runs In A Test Innings – 400 (Brian Lara for West Indies against England, April 2004)

From abject failure to supreme skill and achievement, Brian Lara’s record-breaking score of 400 not out from 582 balls was sublime. Okay, it might have given his side little chance of winning the game once he agreed to declared with this side at a humongous score of 751/5, but, frankly, who cares? It was certainly a day for England’s bowlers to forget as the brilliant Trinidadian slashed, cut and drove them to all parts of the ground. Gareth Batty in particular took some serious stick, going for 185 runs.

Best Bowling Figures In A Test Match – 19 for 90 (Jim Laker for England against Australia, Jul 1956)

No player has yet taken all 20 wickets in a Test match, but in 1956 England’s James Charles Laker came mighty close when he took 19 wickets for the loss of just 90 runs against the Aussies. With astounding figures of 9 for 37 from the tourists’ first innings, the chance of getting all 20 wickets had passed. But Laker was clearly on fire and he ripped through Australia’s batting lineup in the second innings too, posting figures of 10 for 53, becoming the first man in Test history to take all 10 wickets in an innings. In case you’re wondering, Tony Lock was the Englishman to take the other wicket in Australia’s first innings, and given that was only the third wicket to fall, we can’t really blame him for spoiling Laker’s chance at landing the big 20.