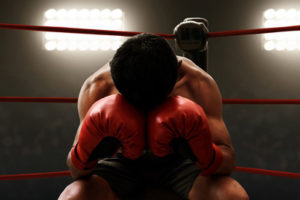 Professional boxing is a very volatile sport, with bouts often turning on their head in a heartbeat. An example of this is when the fight results in a technical decision. This usually occurs when a fighter cannot continue to box due to a cut or injury that is not caused by a legitimate punch, often being the result of a head butt.

A fight can go to technical decision if the fighter is unable continue but not as a result of a disqualification, technical knockout or knockout. If the fight is halted before a scheduled number of rounds, determined by the organisation’s rules, usually 4 rounds, then the bout is declared a technical draw. Some boxing federations set this cut-off point as the halfway mark in a bout, so five rounds into a 10 round bout or six in a traditional 12 round contest. If the fight has passed the set number of rounds then the fight goes to the judges scorecards. It is then for the fight to be decided by the three judges’ scorecards up until that round, with the winner being declared by technical decision.

When Do Technical Decisions Occur? 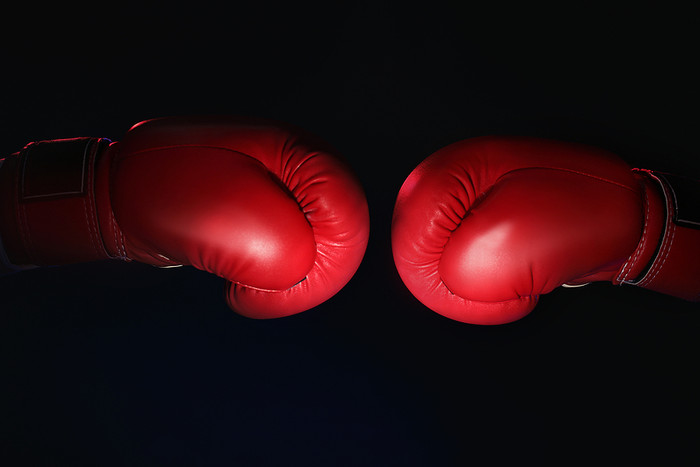 This is an unusual decision in boxing and is far from commonplace. This does not mean that this method of victory never happens. Looking at some technical decisions that have occurred, a recent example was in September 2017, when in a comeback fight at super welterweight, Antonio Margarito fought Carson Jones.

This contest is thought of by fans and pundits as being a real slug fest. Just as the fight entered the middle rounds, it was Jones who was in the ascendency, despite a second round warning for a clash of heads which resulted in a cut for Margarito. As the seventh round ended, it seemed that the bout would be on for a stoppage win for Jones in the eighth or ninth round against an increasingly tired, withering and cut Margarito.

At the end of the seventh the contest was stopped, first presumed to be a retirement from Margarito and a victory for Jones. It was then established that it was in fact the ringside doctor that stopped the fight due to the clash of heads, meaning that the bout would be decided by the judges’ cards. In the end the judges scored Margarito as the winner, ultimately by technical knockout. Given his hopes had seemed very slim prior to the decision to halt the bout, it is easy to see how some might have perceived the result as being unfair.

Technical decisions are often shrouded in controversy. In April 2021, light welterweight Regis Prograis was declared to have beaten Ivan Redkach by a technical decision. This was after the fight was stopped when Redkach was floored by an accidental low blow. This went to the judge’s scorecards with Prograis declared the winner after seven rounds.

However, on closer inspection it appeared the low blow was in fact a perfectly legal body shot and contrary to what Redkach had suggested. As a result of this, the decision was overturned to a TKO days later. It should be noted, if this were to occur, this would not alter the outcome or settlement of your bet. The original result would stand, with bets typically being settled according to the official result given immediately after a fight.

Probably the most famous technical decision win of all time concerned legendary Mexican boxer, Julio Cesar Chavez and Frankie Randall. The world super lightweight title was on the line, with Chavez looking to avenge his first ever professional loss at the hands of Randall in the previous bout. The fight was stopped just over a minute into the 8th round of the bout.

This was due to a cut Chavez had sustained after an accidental head butt. Despite this, organisation rules deemed it necessary for Randall to be penalised one point for this even though it was not a foul. When the bout went to the judges’ scorecards this point proved costly as all three judges scored Chavez unanimous winner, avenging his previous loss. If it wasn’t for the point deduction, the bout would have been scored as a draw. This is undoubtedly the most controversial technical decision win boxing has ever seen.

Most bookies combine a technical decision verdict with a standard decision (points win). So, for example, under the method of victory market you may see an option listed as “Fighter A by decision or technical decision”. As such the odds on this market are not usually especially long. If you want to bet on a fight to specifically end due to a technical decision then you may need to use a request-a-bet style option as very few, if any, bookies, offer a win by technical decision as a standalone option.

In the event that you bet on a technical decision, but insufficient rounds are completed for the judges’ scorecards to be used, the fight is settled as a technical draw. Once again, this option is included in the method of victory market alongside a draw. Of course, should the fight be stopped due to an accidental headbutt or other non-legal blow and go to scorecards, the fight will also be declared a technical draw if that is the result of the judges’ cards based on the rounds fought.