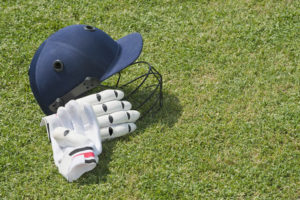 Cricket rules are famously complex, with humorous summaries including lines like “You have two sides, one out in the field and one in. Each man that’s in the side that’s in, goes out, and when he’s out, he comes in and the next man goes in until he’s out.” Cricket remains one of the world’s most loved sports though and is enjoyed widely in countries with populations totalling around two billion, so it can’t be that hard to follow can it?

In truth, as with most things, with a little bit of effort cricket is simple enough to understand. But one thing that can confuse some people who are relatively new to the sport is understanding what a draw is. For a long time draws were exceedingly common in cricket, confusing many non-fans, especially Americans, who would, quite reasonably, ask how a sport could go on for five days without there being a winner. They are less common nowadays for a range of reasons, though if you are going to watch, play or bet on this great sport it is still vital you fully understand what a draw is and how it differs from a tie.

No Draws In White Ball Cricket 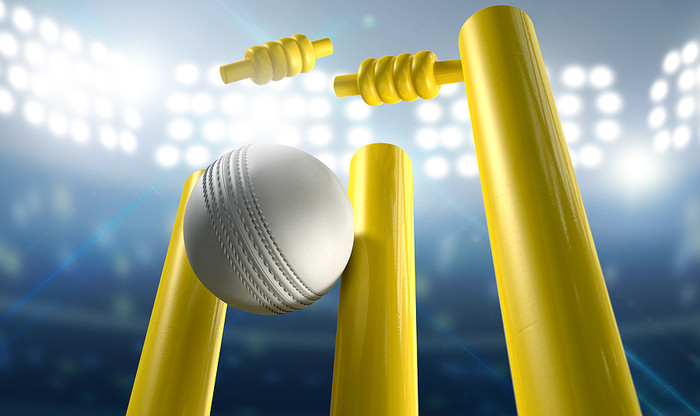 Firstly let us remove from this discussion a huge part of what modern cricket is all about – the white-ball format of the game. Limited overs cricket, one day cricket, short-form cricket, or white ball cricket: call it what you will, but the various competitions and sub-formats that fall under this area of the game never have draws.

The two main types of limited over cricket are 50-over matches and T20 games (consisting of 20 overs), although The Hundred launched in 2021 (and will feature 100 balls per side – just under 17 overs). No matter what the format or tournament though, such games of cricket do not see draws.

In these games a draw is simply not a possible outcome, so if you are betting on the T20 World Cup, the IPL, or a 50-over tournament in domestic English cricket, you will not see a draw as an available option. Ties, on the other hand, are far more common in white ball cricket than they are in the red ball game. We will explain more about the difference between ties and draws shortly.

What Is A Draw In Test Cricket? 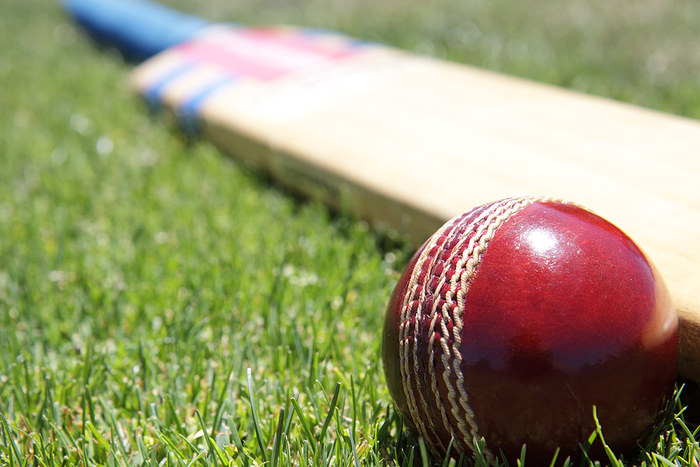 In a game of Test cricket, the five-day version of the sport that is only played at international level, and also in the various domestic leagues where matches are often four days long, a draw is one of the three most likely outcomes. Indeed, when you bet on such a game, in the main match odds market you will typically see the option to bet on either side winning, or the draw. So far, so normal. Where cricket differs from football and many other sports is that there is a fourth outcome for such games – that of a tie.

In Tests and similar contests, a tie is so unlikely that it is not even usually offered. Where it is, it will be as part of a special, separate market “Tie: Yes or No” or similar, rather than featuring in the match odds. Once again, we will look at this issue shortly, but for now let us return to the draw.

Effectively this means that a draw in cricket is the outcomes of a game in which time runs out before either side is able to win. We will assume a basic level of cricket knowledge but also try to explain things for people lacking even that. In red ball cricket sides have two innings, meaning they bat twice. The team batting first must bowl the other team out in both the first and, crucially, second innings in order to win. If the team batting second surpass their opponent’s (combined first and second innings) score, they win; whilst if the allotted time (five days in Tests) passes before either side has managed to win, the game is a draw.

In order to win a long-form game of cricket, both teams need to have had the chance to bat both innings. If either side does not, or the team batting last still have wickets left when time runs out, the game is a draw. For the purposes of a draw the score does not matter, meaning that you can and do see some very one-sided draws.

In the 2009 Ashes series, for example, the first Test between England and Australia was a draw but that does not tell the full story. England batted first and made a respectable 435 but that was easily eclipsed by Australia who accrued 674/6 declared to lead by almost 250. England then replied and were 252/9 when play finally ended at 6.40pm on the fifth day.

England were ahead by just 13 runs but had no wickets left, the last pair, James Anderson and Monty Panesar, managing to add 19 runs and edge England into the lead. Number 11 Panesar survived for 35 balls and Anderson 53 as the duo simply occupied the crease, hoping they could survive long enough to secure the draw. They did, but had the game been allowed to go on for as little as half an hour more there is every chance Australia would have won. Certainly had there been no time limit they would have, with the scores essentially level despite Australia having batted only once.

All Australia needed to do was claim one more wicket before England edged past their total and they would have won. Once England made it to 674, Australia would have just needed to score a single run in their second innings to win. Had this been a boxing match it would probably have been stopped by the referee but, if not, Australia would have undeniably won a huge unanimous decision on the judges’ scorecards. But cricket doesn’t work like that and so no matter how uneven the contest, in a situation like that it is still declared a draw.

Whilst this was a very tight draw that Australia could and probably should have won, cricket can also deliver far less captivating games that end with the same result. Sri Lanka and India drew in 1997 in a game which saw the former score the biggest Test score ever. Replying to India’s huge 537/8 declared, Sri Lanka amassed a genuinely mammoth 952/6, declaring as the two captains agreed a draw (with no prospect of a result). A game that witnessed almost 1,500 runs saw just 14 wickets over five days and in reality a draw was the only outcome for which this match was destined.

A Note About The Weather 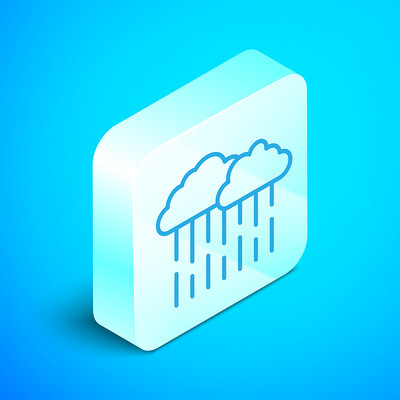 Another reason matches are declared draws is because the weather has meant play cannot go on long enough for either side to win. This is because cricket matches don’t continue in the rain. This is not because the players are averse to getting wet (though many are) but rather that it can become a rather dangerous game in adverse weather conditions. As such, when it rains, play is halted and covers are applied to protect the pitch. Given the British weather is unpredictable at the best of times, it is quite a common occurrence for Test matches to be cut short by the weather. And with neither side having enough time to amass enough runs or bowl the other side out twice, the game ends up being a draw.

So, to conclude, a draw in cricket is when neither side wins, the game is not a tie and one or both sides are not able to complete their innings (by being bowled out or declaring) before the scheduled conclusion of play. Such an outcome can derive from an incredibly even game, or one that was largely dominated by one of the sides; equally a drawn game can come very close to seeing a result for one or even both sides, or it may seem destined for a draw by lunch on the first day. Or indeed, rain might stop play and scupper any chance either side had of winning a game.

What About A Tie? 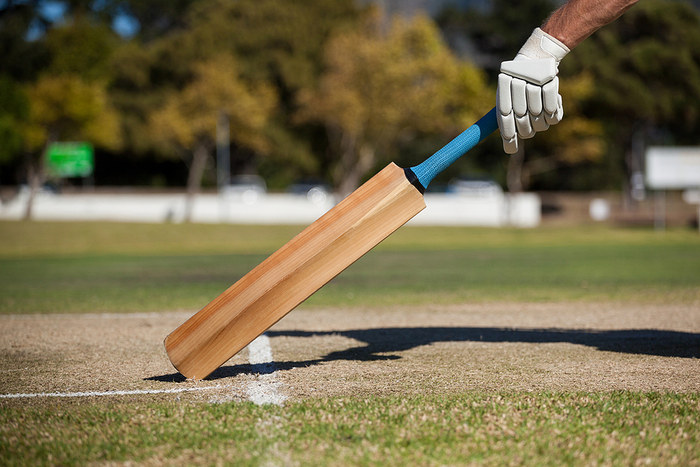 As said, a tie is a game where the scores are level at the end of the game. In Tests this has happened just twice in almost 2,500 matches, which explains why many betting sites do not offer it as an option to bet on. For a tie to occur in a Test match the team batting last must lose their last wicket when the scores are level. So both sides have completed their innings (if this wasn’t the case the game would be a draw) and the scores are level. If the option to bet on a tie does exist the chances are it will be bad value, given you are betting on an outcome that happens less than once in a thousand matches.

A seemingly identical but subtly different outcome is a draw with the scores level. As the scores are level, one might assume this is a tie but it is not because it has been time that has halted the game, not the completion of both innings. Let us imagine the side batting last needs five runs to win, with one wicket left and just one scheduled over of play available.

When it comes to T20s and 50-over games and the like, “ties” occur with much greater regularity. A tie in short format cricket occurs when the teams have the same scores after they have batted their 100 balls, 20 overs, 50 overs, or whatever the format dictates, or else they have been bowled out. Historically a tie was simply recorded as a tie and, indeed, there have been 39 such results in One Day International cricket.

The most recent two of those, famously England v New Zealand in the 2019 World Cup final and then Zimbabwe v Pakistan in 2020, were ultimately not ties. Instead a method of tiebreaking was used, in both cases a Super Over. In the past, two further matches that ended with the scores level were settled on who had lost fewer wickets, so again they were not technically ties. If you are placing a bet on a game and a tie is not listed, either in the match odds or as a standalone market, you can typically assume that the tie is not an option and a Super Over or other decider will be used to determine a winner, with bets then being settled according to that official result. If you are in any doubt though, just check with the bookie before you place your bet.

Increasingly all white ball formats are using deciders but some T20s and other games may well leave a game where the scores are level as a tie. Once again, when it comes to betting, if you are unsure as to whether or not a tie is a possibility, check with the bookmaker via their customer service team. In general a knockout tournament such as the T20 World Cup is far more likely to use a tiebreaker, whilst a T20 league or group phase is more likely to have ties.