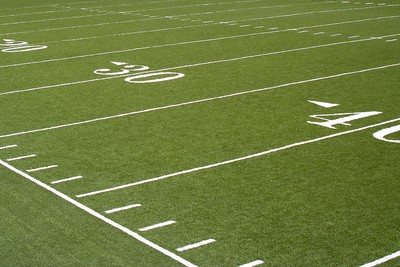 American football, which for most UK fans essentially means the National Football League (NFL), is a wonderfully exciting sport played by some of the best athletes around. However, given that it is not a sport that too many in this country have grown up with, it is easy to understand why many people are a little unsure about some of the rules and terminology.

“Downs” are central to the gameplay of the sport so if you are an American football newbie, understanding what they are is crucial. But thankfully they are also pretty simple, as we shall explain.

What is a Down?

In American Football, a down is an attempt to make a gain of 10 yards. Teams get four attempts or downs to make 10 yards. If they do, they receive a further 4 downs, if they don’t the ball is turned over to the other team. These downs consist of different set plays with the game stopping and starting after each play. 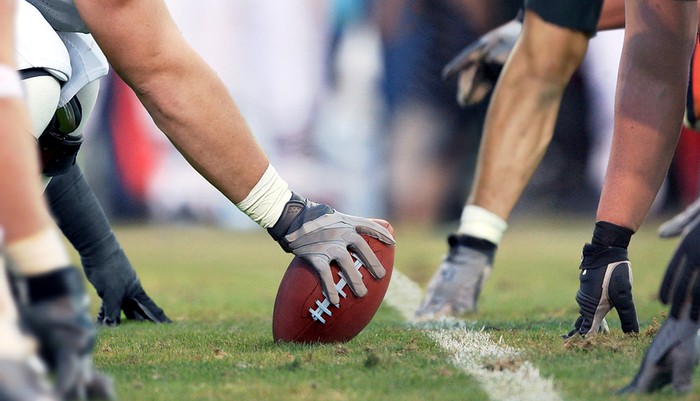 There are lots of differences between rugby and American football but also some similarities and for those familiar with rugby league, a down is very similar to a tackle. In rugby league, each side gets six tackles, whilst in the NFL, teams have four downs (for reference, in the similar sport of Canadian football it is just three downs).

Whilst in rugby a side must score within their six tackles or possession switches to the other team; in American football, they have the less lofty goal of advancing the ball 10 yards or more. In essence, a down is an attempt to do this. As in rugby on the last tackle, on the fourth down teams usually alter their tactics and rather than try and get the ball beyond the 10-yard marker, they will either opt to try and kick a field goal or punt the ball, meaning they kick it usually deep into opposition territory.

If within range, the former is preferable as this will yield three points but if not the latter is an attempt to pin the opposition back and gain territory. As the game nears its conclusion the side that is trailing becomes increasingly likely to opt for neither of these options. Instead, in an attempt to continue the drive they will use the fourth down as a standard play and try to either score a touchdown or simply gain another first down by making the 10 yards needed. 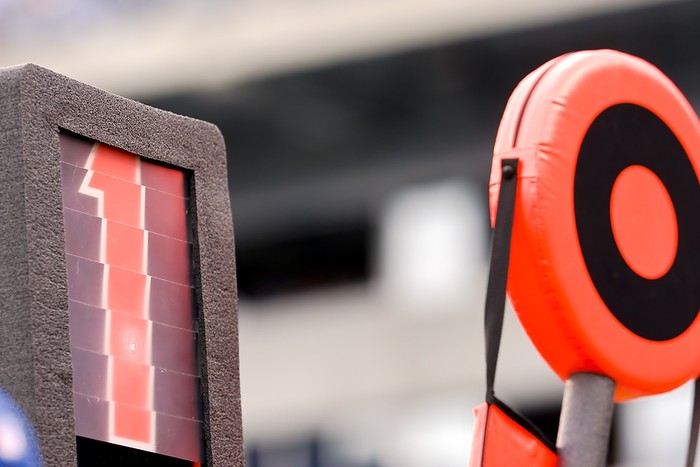 “First and 10” is the phrase used at the start of a series of downs to indicate that this is the first down and 10 yards are needed to earn a new one. If the play starts from within their opponent’s 10-yard line, it is instead called “first and goal”.

Should the offence advance the ball four yards with their first down, the situation will be described as second and six, indicating that it is the second down and six yards are required to register a new first down. Alternatively, if the quarterback is sacked three yards behind the line of scrimmage, it would become second and 13.

Should the second play result in a gain of 13 yards or more, be that 13 yards exactly or 45 yards (or whatever), we go back to first and 10 with a new series of four downs available to the attacking side. Alternatively, if they make, for example, 10 yards, it becomes third and three. Obviously if on third down they make three yards or more they earn another first down. If, on the other hand, they don’t, we go to fourth down and whatever distance is left and the side must choose to opt for a field goal, punt the ball, or try to make up the yardage.

Variations on this terminology occur when the distance required is either very large or very small. Anything less than a yard is described as “down and inches”, for example, second and inches or third and inches. Alternatively, where significantly more than 10 yards is needed (if the quarterback is sacked and driven back for example) it may be described as “down and long”, for example, third and long. There is no set distance at which this phrase is used. 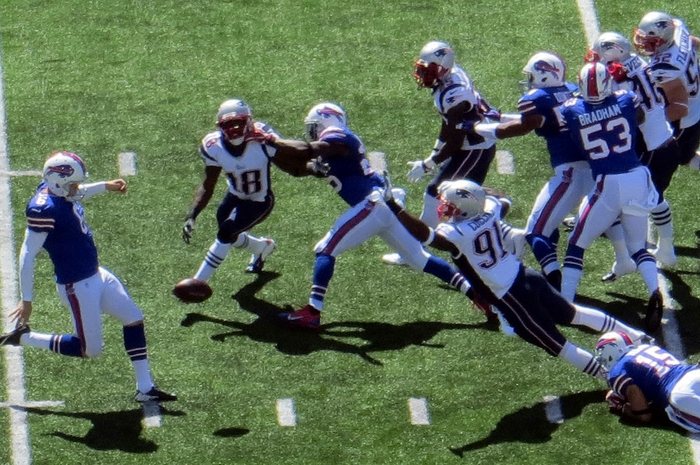 If a side fails to make the required yardage (10 yards, or shorter if within range of the end zone) when going for it on fourth down the ball is, as in rugby league in the equivalent situation, handed to the opposition. Play will restart at the point where the fourth down ended, where the player on offence was tackled.

Should a team go for it on fourth down from within their own half they run the risk of conceding a very good field position to their opponents if they don’t make it. For this reason, in all but the most desperate of circumstances, a side will usually punt on fourth down when they are deep inside their own territory.