Everybody who enjoys betting on horse racing knows the thrill of doing your research, finding the best price available and seeing your hard work pay off with a nice win to boost your betting balance. On the flip side, is the disappointment of all that hard work coming to nothing because the race you’ve focussed on is abandoned.

Race meetings are cancelled throughout the year in Britain and Ireland so it is important for punters to understand why this happens and what impact these cancellations have on your betting. That’s what we have covered right here in our guide to what happens when a race is cancelled.

Why Are Horse Races Cancelled? 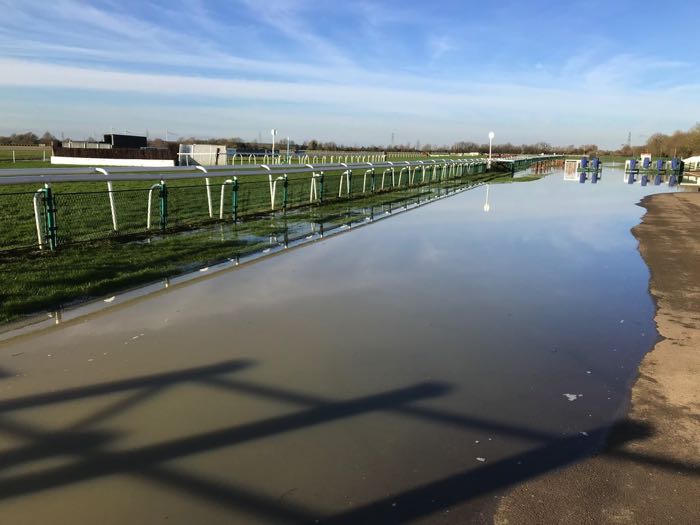 Before we go into what happens when a horse race is cancelled and what that means from a betting perspective, it makes sense to briefly look at the different reasons that races are cancelled.

By far the most common reason for the cancellation (or abandonment) of horse racing meetings is the weather. Horse racing takes place all year round and as such, it takes place in all sorts of different weather conditions. Sometimes the weather is too extreme for racing to safely take place.

Waterlogged racecourses are not safe for racing so heavy rain is the main culprit for abandoned racing. Similarly, courses which are too firm underfoot are also unsafe so frozen tracks or courses which are affected by droughts are sometimes declared unsuitable. In the summertime, it is not uncommon for meetings to have to be abandoned in the middle of the races if the temperature gets too hot as that can also be very unsafe for horses.

Animal welfare is the number one concern among people working in horse racing. Strict health protocols and vaccination programmes must be adhered to but even so, there are occasional outbreaks of illnesses that force the cancellation of horse racing.

One such example of this came in February 2019 when horse racing in Britain was forced into a standstill due to an outbreak of equine flu. The Animal Health Trust run regular tests of vaccinated horses at yards up and down the country and report their findings to the British Horseracing Authority. It was an outbreak in Donald McCain’s yard that prompted swift action from the BHA during which all racing was suspended for six days.

Although there were fears about a knock-on impact to March’s Cheltenham Festival, the health of the horses had to take precedence in 2019. The same was true 18 years previously when the outbreak of foot and mouth disease caused havoc with racing and the entire livestock industry.

The 2001 Cheltenham Festival had to be postponed until April after sheep were allowed to graze on the track. Even that rescheduled meeting fell foul of foot and mouth showing just how seriously animal welfare is taken in horse racing.

The longest and most punishing period of cancellation for horse racing came at the start of the global health crisis of 2020. While racing eventually proved that it could continue and maintain the support of all involved, there was a long period when all sporting activities in Britain and Ireland had to be shut down to deal with the public health emergency.

Although even the biggest race meetings were able to continue without fans, racing must continue to ensure the safety of everybody from jockeys and owners to fans. It does not exist in a bubble though and wider societal issues of the time can sometimes lead to the unplanned cancellation of races, meetings and sometimes even weeks of action.

Racetracks are busy places during a race day and lots of work has to go to maintain the safety of everybody present. For the vast majority of the time, things work smoothly but accidents and incidents happen which can lead to the suspension of racing.

Perhaps the most well-known example of a security issue prompting the cancellation of horse racing was in 1997 when the Grand National was postponed for two days following an IRA bomb threat. Two phone calls were made – one to Aintree University Hospital and one to a local police control room – which forced the evacuation of the 60,000 people at Aintree Racecourse.

Another example is the tragic death in 2017 of Stephen Yarborough who worked as a stalls handler at Haydock Park. He was involved in an accident towards the start of a summer card at Haydock and had to be airlifted from the course. Sadly, he died at the hospital as a result of the injuries he suffered and, understandably, the rest of the racing was cancelled following the emergency.

What Happens to Bets When Racing is Cancelled? 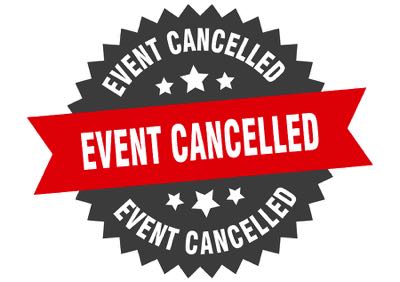 Everybody working at a race track tries their best to avoid cancelling meetings. There is a lot of work that takes place behind the scenes from logistical concerns such as the movement of horses and jockeys to rescheduling of certain races or even of entire cards. For punters though, there is a much more pressing question – what happens to my bets?

The basic rule to be aware of is that the bookmakers will not settle bets as losers on races that do not take place. However, the way bets are dealt with varies depending on the bet type and when the bet was placed. Let’s take a look at the different bets and what the applicable rules are with regards to abandoned races.

Bets on the Day of a Race

Visitors to a racecourse or those who do their horse racing betting on the day of a race have things pretty simple when in the event of races being cancelled. Any race which is either abandoned, cancelled or postponed will see bets cancelled and stakes returned whether they were placed online, via phone or in person.

Ante post betting is incredibly popular as it allows for potentially bigger wins but the flip side is it comes with bigger risk. Horses will always come out of the ante post market at final declarations time with bets on horses not making the final field settled as losers. That final declarations point is also vitally important when it comes to how bets on cancelled races are treated.

Multiples and accumulators offer punters the chance to win big from their horse racing bets. It is possible to place accumulators either as ante post bets or, most commonly, as bets on the day of the racing. When it comes to ante post accumulators, the general rules regarding postponed, abandoned and cancelled races apply. The same is true of bets struck on the day, the usual rules apply meaning that the bet is made void. The difference with accumulators is that rather than the stake being returned, the individual leg is made void and the rest of the bet stands but with fewer runners.

If you place a five-fold horse racing accumulator and one race is cancelled, that leg will be removed from the bet and it will be settled as a four-fold accumulator. In the case of combination bets, legs from cancelled or abandoned races will be removed and the stake on the leg returned. For example, if one leg of a Lucky 15 is cancelled the bet will become a Trixie and settled as such.