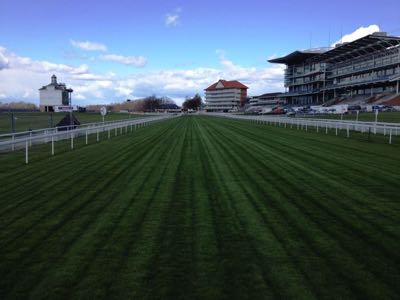 Before you start giggling or raising an eyebrow at us answering a seemingly ludicrous question, we should stress that we are being completely serious here. There have been instances in the past in which no horse has made it to the finishing post, at least not one with a jockey still in the saddle.

Obviously, it is very much a rare sight but it does beg the interesting question of what happens in the event of such an unusual race? Thankfully, we are here to explain the answer so should you ever see such a race, you will have the perfect opportunity to impress people with your niche knowledge.

Examples of No Horses Finishing 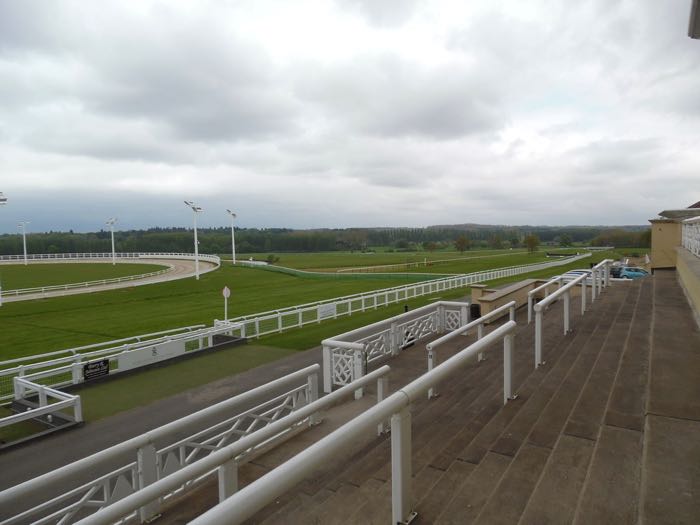 When we say it is extremely rare to see a race in which no horse is able to finish, we really do mean it. In recent history, there is only one example, and that came during the 4:25 race at Towcester on the 17th of March, 2011.

At the time, the contest was very much overshadowed by Big Bucks’ achievement an hour earlier as he won a third successive World Hurdle title at the Cheltenham Festival. Back to Towcester though and four horses began an otherwise run-of-the-mill 2m4f chase that featured 13 fences. Zhukov was the first to fall, doing so at the sixth fence while out in the lead. Cengiz, who was already trailing by a fair margin, tumbled at the same fence after trying to swerve out of the way of the fallen jockey.

This left just two horses, Identity Parada and Radharc Na Mara, who were neck and neck. The mares continued to travel together until they approach the final straight, at which point Identity Parade gained about a four-length advantage over the only remaining rival. With just one fence to go and a win firmly in sight, the mare appeared to gain serious doubts about the jump and almost came to a stop before stumbling over it. Radharc Na Mara by contrast, took the final fence cleanly but almost landed on top of the fallen Identity Parade. With this massively impending the landing, Radharc swung sharply to her right, flinging a frustrated Peter Toole off the saddle. You can see the incredible race for yourself here on You Tube:

If you want to go back much further than this, you can dig up instances from times gone by of races without a winner. In 1911 at Plumpton Racecourse, there were 15 steeplechasers in total competing across three events but only three horses managed to complete their race. With one race having two finishers, and another having one, this meant that the remaining race saw no horse reach the winning post.

Another example comes courtesy of the Czech Republic of all places. The central European nation runs a famous cross-county steeplechase every year called Velká pardubická. As a four-mile and 506-yard contest featuring 31 obstacles, it is a very challenging test and one that horses must qualify for in order to take part.

Having been cancelled in 1908, the race returned the following year but failed to yield a winner as none of the three competing horses lasted the full length of the course. Although we are not entirely sure why, we are assuming they fell and ran off before the jockeys could remount.

What Happens to Your Bet If No Horses Finish?

Should not a single horse successfully complete a race, the race will be declared void. For anyone who has bet on the race, this means that bets on the race are returned, acting as something of a lucky break if your selection was one of the first to drop out of the contest.

All bets will be off no matter if you placed a single to win, an each way flutter or a tri-cast or similar. If betting at the racecourse, you might well face quite a queue to get your money back but for online bets the process is quick and automatic.

As for the record of the race itself, it is treated in a similar fashion, voided and officially considered not to have taken place. You will still be able to find a record of it online, but you will only see ‘void’ as the result, if anything at all. In something of a contradiction though, you may still see some racecards include the result on the recent form guide, despite the race not actually having any official result.

Zhukov, the first to fall at Towcester, for example, had an F on his Sky Sports form guide when he lined up to race four days later at Lingfield. Click on the name though and there is no race to be found. We would expect other sources to not show the fall due to the race being void.

Jockeys No Longer Able to Remount 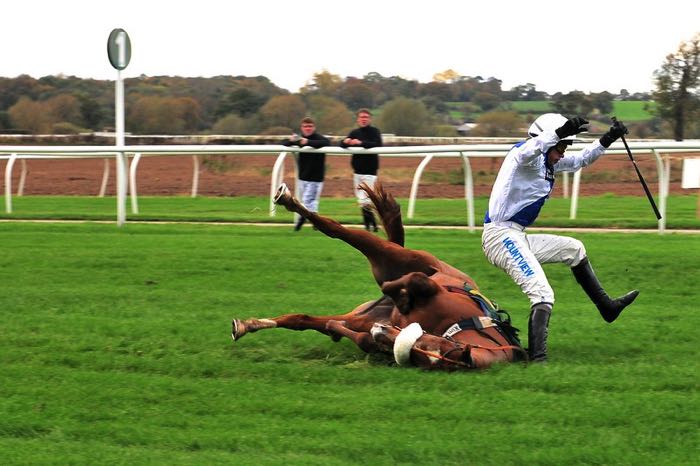 Interestingly, we could have avoided having a void race at Towcester in 2011 had it not been for a rule change less than two years prior. From 2nd November, 2009, the British Horseracing Authority (BHA) introduced a new safety measure that prevented jockeys from remounting a horse at any point once a race has begun (regardless of whether the horse falls or not).

Often unseated jockeys never have the opportunity to get back in the saddle anyway as the horse has already got up and bolted but this was not the case at Towcester. Zhukov and Radharc Na Mara were both gone by the time Ben Poste and Peter Toole, respectively, dusted themselves off, but Identity Parade stood up alongside Adrian Lane who took an early grip of the reins after falling.

Normally, there would be little point in properly racing after remounting as any chance in the race would be over, but not in this bizarre instance. Had it been pre-November 2009, or even just a race taking place in Ireland, Lane could have simply remounted his horse and cantered to the line facing no opposition at all. This is exactly what one jockey managed to do in a race at Newcastle on 24th November, 1990. Tropenna, who was the only horse left standing, fell three fences out but jockey Tim Reed squirmed his way back onto the saddle and completed the race.

Given that the remounting ban still applies to British racing, this increases the odds of seeing a void race in future. The chances still remain incredibly small though so do not expect to see a freak race, like the one witnessed at Towcester, any time soon.