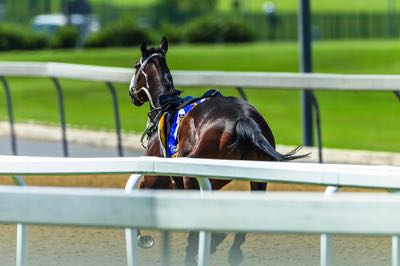 It takes two to tango in the sport of horse racing. The equine athletes are quite rightly the real stars of the show, with the brave and brilliant performances of our four-legged friends being what really draws people to the sport.

However, talented as they are, they can’t do it alone. In order to truly excel at the task at hand, a horse needs the assistance of a jockey – those diminutive souls in the saddle willing to risk their health for our entertainment.

The Role of the Jockey

As a herd animal, the noble horse is naturally inclined to run in a pack, however when it comes to judging the pace required for the distance of the race, and the tactics necessary to maximise their chance of coming home in front, a little human assistance is required.

And this is where the jockey comes in, with the duties of the individual in the saddle including steering their mount around the course, changing pace as and when required, assessing when to take off prior to an obstacle, and of course lifting their partner to new heights on that final battle to the line. But of course, to do any of the above, the first – and absolutely essential – task is to stay in the saddle.

However, as anyone with even a passing interest in the sport will attest, a rider remaining in place throughout the duration of a racing contest is anything but a formality. Jockeys and their mounts can become separated during any given race, and they do so with regularity.

Whilst this can occur in flat events – due to a runner slipping or jinking, or a rider simply losing their balance – it is a relatively infrequent occurrence. However, by its very nature, the National Hunt (jumps) sphere is a different beast entirely. A fall at a fence or hurdle will of course see the jockey unshipped, whilst even a slight misjudgement at an obstacle may see a horse stay upright whilst sending their pilot on a swift journey to the turf. Game over for the jockey. But what about the horse? 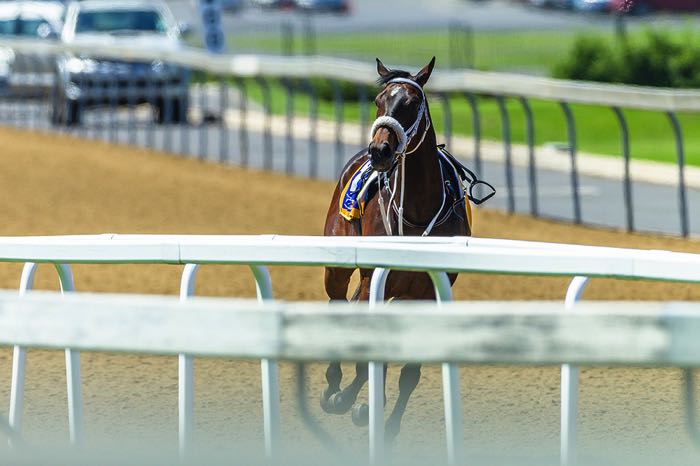 Whilst on many occasions a rider will succeed in quickly regathering and restraining their mount following a fall or unseat, this isn’t always possible, and free from the instructions of their jockey, the horse will be at liberty to do as they please. Some animals will stay put, whilst others may choose to make their way back to the stables. Just as many however will follow their pack animal instincts and continue to race on riderless – running and jumping along with the rest of the field. And what happens from there is often anyone’s guess.

Some horses will eventually tire of this pursuit and plot their own course, whilst others will remain with the rest of the field. And then we have those animals who not only race on, but do so to such effect that they actually cross the line in front.

When a Riderless Horse “Wins” the Race

On the majority of occasions when a riderless runner opts to continue with the field, they will happily plod around in midfield or at the back, having no natural inclination to beat their rivals to the line – and most likely of course, being entirely unaware of where the winning post even is.

Some horses however do like to lead the way and will endeavour to reach the front – and on occasion will be at the head of affairs as the runners cross the finish line. So, what happens in this instance? Will the connections of said horse be awarded the prize money, trophy and glory? Should those punters who have backed the freewheeling beast make a bee-line to the bookmaker to collect their winnings?

Owner or Punter: No Rider = No Winnings

The answer to each of the above questions is, rather unsurprisingly, a resounding no. The reason for this is that to cross the finish line without a rider is to breach the rules of racing – and specifically in relation to the weights carried by the runners.

Be it a Group 1 contest, where all the runners carry the same weight – with the exception of age and sex allowances – or a handicap event in which horses carry differing weights related to their ability, the rules of racing dictate that a horse must both begin and end a contest carrying the weight assigned to them.

Upon completion of the contest the jockeys are required to “weigh in”, taking themselves, the saddle and weight cloth to the steward’s room in order to determine that the correct weight has been carried throughout the race. It is only after this weighing in process has been completed that the result is then officially confirmed.

Clearly, a runner beginning a race with the weight of the jockey upon their back, and ending it without this burden has not adhered to this rule and is therefore disqualified for both prize money and betting purposes, with bets of all types on such runners being settled as losers. Unfortunate yes, but really just part of the built-in risks of betting on horses. And whilst you lose when it is your horse who unships their rider, you benefit each time it is one of the other runners who comes a cropper – giving your selection one less rival to master.

Of course this doesn’t make the sight of your horse coming home in front without their jockey any less frustrating. It should however be remembered that there are varying levels of frustration. A horse going it alone having lost their jockey early on in a race is bad enough, but spare a thought for those souls who backed Rubika in the 1991 Stonesby Novices Hurdle. The very definition of snatching defeat from the jaws of victory!

Those who like to clutch at straws may argue that the lack of a jockey is a big disadvantage, and therefore a riderless runner should not be punished should they manage to come home in front. And whilst it is true that a runner loses pacing and tactical assistance when their rider departs, this is more than offset by the benefit of having significantly less weight to carry – with the absence of a rider also making the horse considerably more aerodynamic.

For animals who like to simply race with the pack, these factors may not greatly affect their finishing position, but for those runners who like to blaze a trail out in front they would provide a significant advantage. For example, were a runner not required to finish a race with their rider still in position, the best strategy for a jockey aboard a front running 5f sprinter may be to simply star jump out of the saddle immediately after the start! Mildly entertaining, possibly, but far from ideal from a safety perspective and not really in the spirit of the sport we all know and love.

Can’t the Jockey Just Get Back on Again?

The next question many inexperienced punters often ask when seeing their rider unseated is, “Well can’t they just get back on again?”. And prior to 2009, the answer to this question was, that yes, jockeys were allowed to remount and continue in the race should they see fit. In truth, the point is often moot, as usually the ground lost in falling and remounting would forego any realistic chance of winning a race, but not always, such as in this bizarre race from 2002 in which legendary jockey Tony McCoy claimed one of the most unlikely of his many career wins.

These days, however, such victories are no longer a possibility. Following much debate, a rule change in relation to remounting was introduced in November 2009, with rule 24 of the official rules of racing now stating that “Any Jockey that has remounted after a Race has been declared ‘Off’ may not continue in the Race.” And, furthermore, a jockey may not remount the horse at all, even to ride them back to the stable, unless they have been assessed by a Racecourse Medical Officer, and their horse has been examined by a veterinary surgeon.

One final note on remounting is that a jockey is permitted to remount prior to the race being declared off, i.e. should they be unshipped on the way to the start or behind the starting stalls themselves , or even during a false start – again with the proviso that both horse and jockey are passed fit to continue.

Derailed by a Loose Horse 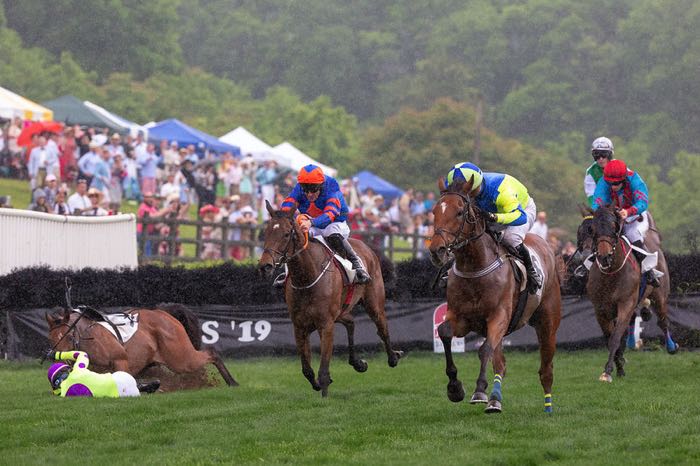 Whilst the chances of a riderless horse being declared the winner of a race are over from the moment at which they get rid of their jockey, the damage often doesn’t end there. Those animals who opt to continue racing with their equine friends bring their own perils. For whilst it is pretty safe to assume that a runner in the hands of a jockey will at least continue to take the correct course, and not veer off in front of their rivals, exactly how an animal left to their own devices will behave isn’t anything like so easy to predict.

Sometimes these lonesome runners are relatively well behaved….and sometimes they aren’t, such as in this incident from Punchestown in 2021, in which one loose horse managed to end the chances of four other runners at one fence. For anyone wondering why riderless runners are undesirable and a risk to the other contenders, the above clip serves as a good an example as any.

Can You Appeal If Your Horse Is Brought Down by a Loose Horse?

Unfortunately, the answer to this question is again no. Whilst the racing stewards do assess many aspects of races, and can alter the result should they see fit – most commonly in a tight finish where one horse is deemed to have unfairly impeded their rival – they are not permitted to alter the result due to the behaviour of a runner not under the control of a jockey. As such, there is no appeals process in place for owners, trainers or jockeys to contest this aspect of racing.

And, sadly, the same rule applies to us punters. If your horse is brought down by, or otherwise has its chances of winning compromised, by a loose riderless horse, that is unfortunately simply unlucky. Other than as a special goodwill gesture you will not be entitled to any money back from the bookmakers, leaving cursing your luck and moving on as the only viable option. After all, there is always another race. All we need to do is study the form, place our bet… and hope the jockey doesn’t fall off!