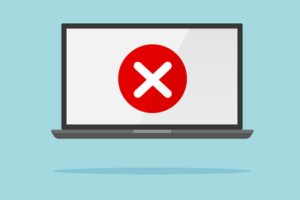 It is rare for a bookmaker to go out of business, but of course – like in any industry – it does happen from time to time. You can reduce the risk of any complications or concerns by sticking to reputable and financially stable bookies – the sort of reputable, trustworthy and well-established bookmakers we work with, for example.

That said, in an increasingly competitive marketplace it would be naïve to assume that any bookie is immune from risk so let’s consider the worst-case scenario: one of the bookmakers you use goes out of business. 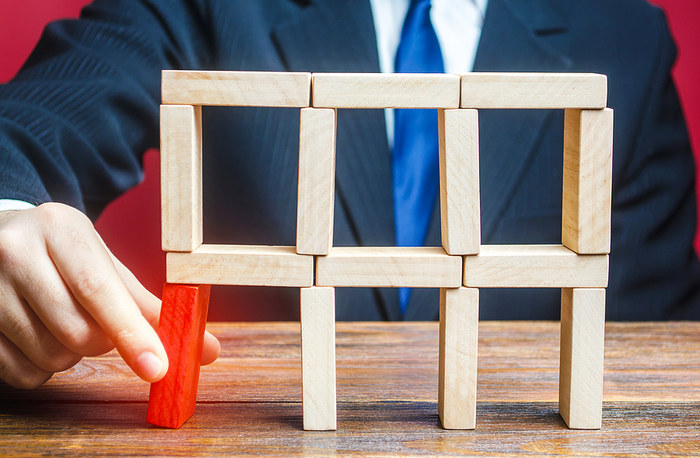 There are a number of reasons why a bookmaker might go out of business. The betting industry is extremely competitive and many companies, especially those new to the market, often spend large sums on sponsorship and advertising to get their name out there. If these lead to the operator being over stretched, they could be in trouble.

Fines and license suspensions are another major contributor to the failure of a betting business. In the UK, these are controlled by the Gambling Commission, who may fine a bookmaker for failure to comply to their conditions be it protecting vulnerable customers, misleading terms or stopping illegal activity such as money laundering. The more serious breaches or investigations by the Gambling Commission could lead to the suspension of the bookmaker’s license to operate, temporarily or permanently. If this happens, financial issues could well soon follow.

Perhaps the reason a bookie might go out of business is because they have been too generous with either their odds or their offers, and there has been a sustained run of winning favourites. Although this would dent a bookmaker’s balance book, maximum payouts and modern monitoring of liabilities normally stop this from bankrupting a betting firm.

What Protection Do the Funds in My Betting Account Have? 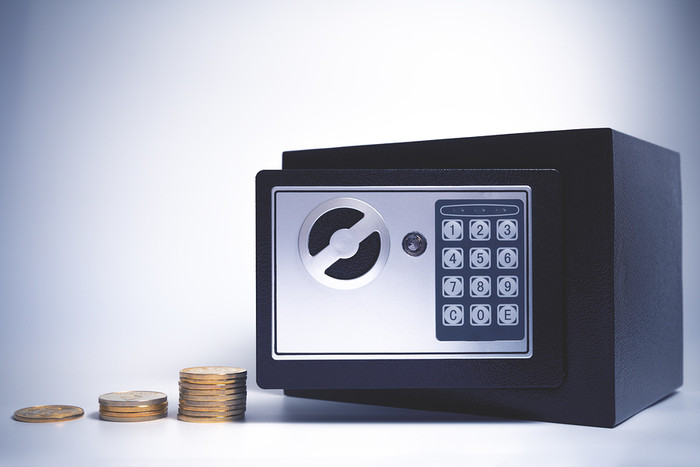 Although for the vast majority of us will never experience our bookmaker going out of business, it’s good to know what protection the money in your account has should the worst happen.

Changes to the law brought in by the Gambling Commission mean that UK-licensed bookmakers must keep their customer’s funds in a separate account to that of the main business accounts. They must also state in their terms and conditions what protection these funds have if the company becomes insolvent based on a not protected, medium protection and high protection ratings system.

These steps in themselves are no guarantee that they will be able to pay everything they owe but has helped greatly. If in doubt you can check this with your bookie (ideally before registering) including asking what level of cover they offer and how they will carry it through in practice. 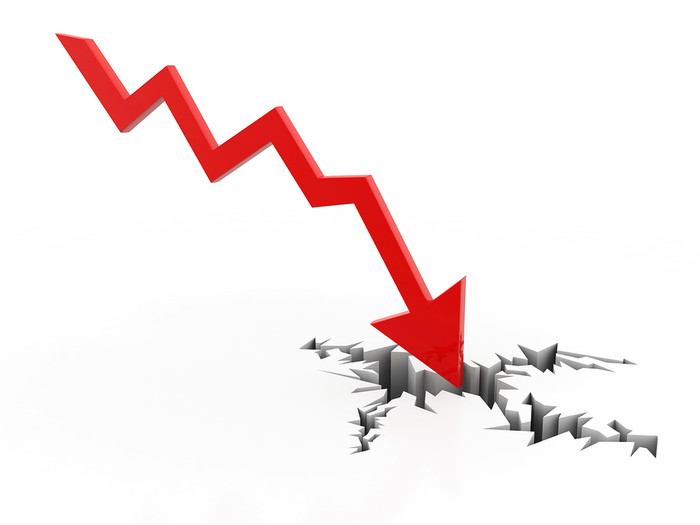 In any insolvency scenario, it is more than likely that a serious punter could have a significant balance with them when the bookmaker goes under. The first warning sign of impending doom is when a bookie becomes slow to process withdrawals and stalls for time. This is especially worrying if you have a significant sum sitting in your betting account and ultimately this is just about the worst-case scenario if your funds have a low level of protection.

Obviously, if you don’t actually have any money in your betting account and don’t have any bets open, it’s of no real concern if an online bookmaker goes under. However, if you have bets pending and/or a balance in your account, you are sure to be worried but there are a number of steps you can take.

There are no hard and fast rules with regards to what happens when a betting site, or indeed any company, goes out of business. Over the years a number of bookmakers have folded and each has been slightly different, with customers being treated differently. As such, there is a certain to be a degree of uncertainty and ultimately the outcome will range from customers not losing a single penny, to customers losing everything they had in their betting account at the time.

In the past rival sites have stepped in and saved the troubled company at the last minute, either taking it over, or alternatively taking the customers over and honouring their bets and withdrawals. This is rare, however, and the more likely scenario is that you will have to fight for your money unless your company have measures in place to protect customer balances.

As soon as you suspect something is amiss it can be a good idea to try and withdraw your balance. If there are delays then chase the site up regularly. Usually they will have some funds available and are more likely to pay a customer who is hassling them than one who is just patiently waiting. Even once it has been confirmed that the bookie is in major trouble, this same approach is recommended and is best used alongside the various other options, including trying to obtain your money via the small claims court and contacting the UK Gambling Commission (assuming the bookmaker is licensed by the Gambling Commission).

Ultimately once a bookmaker is officially insolvent you will need to go through the official bodies and whether you get your money back or not can be something of a lottery, depending on the exact situation of the business.

As said though, whilst we cannot guarantee the financial security of any business, by sticking to the best, most reputable sites around, such as those featured here with us, you massively reduce your risk of losing out because they go out of business. It is always a good idea to check with your bookmaker before or soon after opening your account what protection your money would have. 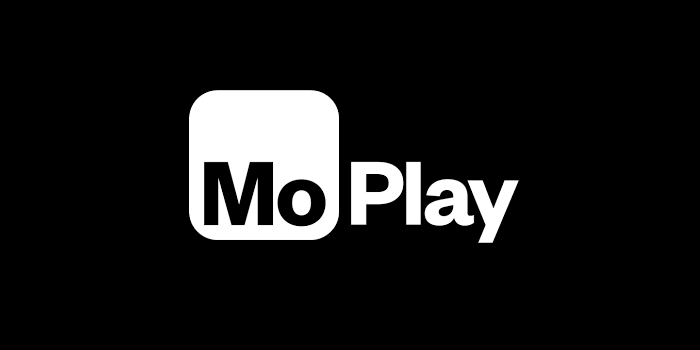 Gambling companies going bust are, luckily, very rare. Sites that are having difficulties are usually bought out by bigger brands who then take on their player database as a result. However, one of the highest profile bankruptcies in recent years has been that of MoPlay.

MoPlay burst onto the scene back in 2018 with an aggressive marketing campaign. They were able to get two key figures on board in the form of former William Hill executive Juergen Reutter as CEO and former Ladbrokes betting and trading director, Patrick Jay as COO.

Even though the brand was new, the team assembled were highly experience and there was promise from stakeholders that investments would be made into the brand.

To raise the profile of the brand, they were able to sign a deal with Manchester United to come on board as their official betting partner. Given that they are one of the biggest football sides in the world, it was quite a statement. They also signed a deal with Watford FC, who at the time were a EFL outfit.

Murmurs of things starting to wrong for MoPlay came about in the summer of 2019. There were several affiliates that worked with the brand who had not been paid for quite a while and for significant sums of money. It was a sign of things to come for Addison Global Limited.

The money that was promised when the brand had launched, never materialised. The company got into huge debts and got to a point where, not only where they unable to pay affiliates, but also that of sponsors and even worse, customers.

Addison Global Limited were based out of Gibraltar and with that, acquired gambling licenses with the UK Gambling Commission and the Gibraltar Gaming Authority. Both parties opened independent inquires as to what was going, with cases against MoPlay starting to rise.

Initially MoPlay was able to strike a deal with the Gibraltar Gaming authority with an assurance of funds incoming to cover debts and pay players, sponsors, and affiliates. However, the money never arrived and by the 20th of February 2020, both licenses were suspended.

As a result of all this, Addison Global Limited announced that they were now insolvent. As a parting blow for its players, they also announced that player funds were not going to be paid out as they were linked to the company as an asset.

This caused huge uproar from players citing that their license with the Gambling Commission should ringfence funds to prevent things like this from happening. But it was MoPlay that released a statement stating that “if there ever was a situation where we became insolvent, your funds would not be considered sperate to other company assets and you may not receive your money back”.

On top of all this, money that was promised to both Manchester United and Watford were never paid, even though branding and advertising campaigns between the two had already taken place. Manchester United opened a lawsuit with Addison Global for £12 million, which was the sum of money that was agreed between the two parties. The deal with Watford was said to be at £1.5 million, which was also tied into the case.

Betfred Take on Customer Base

There was light at the end of the tunnel for some players that had accounts frozen with MoPlay that came in the form of Betfred. In March 2020 they won the bid to buy several accounts from MoPlay and upon doing so, would restore cash balances and return bets that were still open from bets placed on MoPlay.

Players were informed that they would need to register a new account with Betfred to access their funds, but by doing so their account balance would be restored.