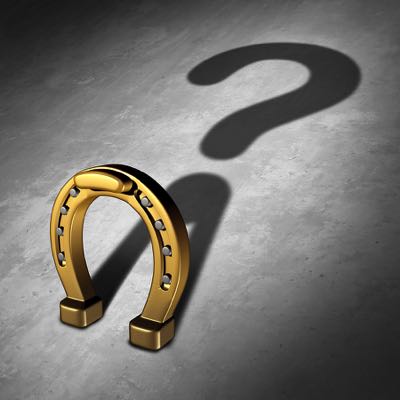 When gambling on horse or greyhound racing, you will sometimes find ‘unnamed favourite’ as a potential betting selection. It appears quite the curious option at first glance but there are times when you may wish to consider placing such a bet.

To help you understand when, we will explain what exactly the unnamed favourite is and when punters tend to make use of this bet.

Q: When Can I Bet on the Unnamed Favourite?

Unnamed favourite betting is available, at many bookies, whether or not the odds for a particular horse or greyhound race are available yet. You will typically find the option listed at the very bottom of the betting options in the main ‘win’ market. Here is one example from a race at Nottingham that was due to start later in the day 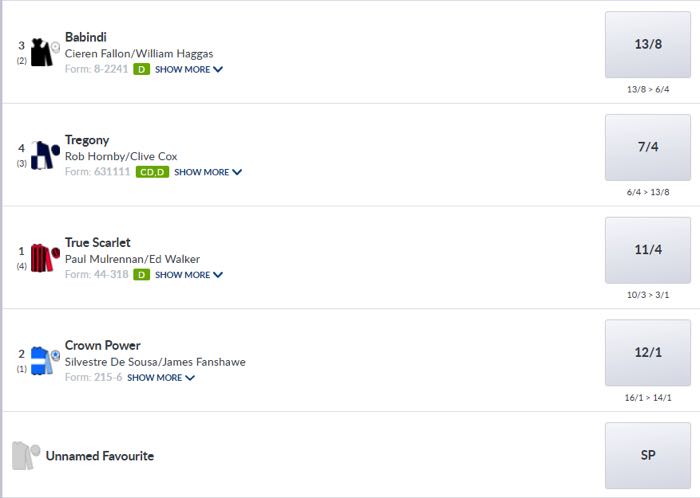 And here is another for a (low-profile) race at Newmarket not due to begin until tomorrow. Because it is further into the future, all horses, as well as the unnamed favourite, were down as starting price (SP), a term we will now look more into. 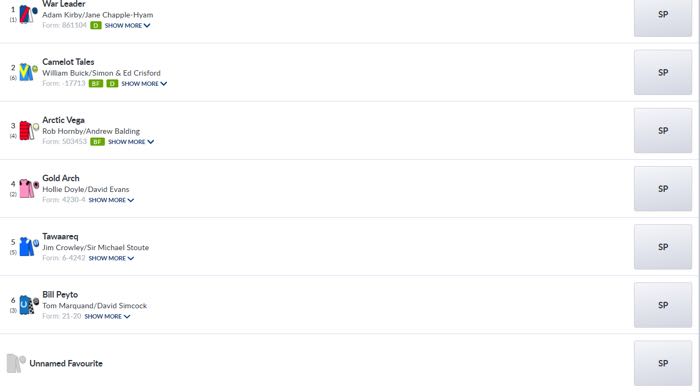 No matter if a race is about to start in five minutes or 48 hours, the unnamed favourite option will only ever trade at ‘SP’ which stands for starting price. For all UK horse racing, the starting price is always determined by the Starting Price Regulatory Commission. This independent body supplies the SP odds based on an average of what a wide sample of bookmakers were offering just before the race began. More can be found on the SP here.

Q: How Is the Unnamed Favourite Determined?

This depends on which horse is trading at the shortest price by the time the race begins. In the example directly above, if War Leader sets off at a price of 4/6, shorter than any other horse in the race, they would be the unnamed favourite and the horse to carry your cash. Therefore, if you put a £5 bet on the unnamed favourite, you would only be paid out if War Leader won the race.

In the first example, Babindi began as the favourite when the market opened but if they were to be knocked off their perch by Tregony, the latter would be the unnamed favourite for anyone who selected that option. The term always relates to the horse that is the race favourite as the race is just about to begin, so earlier activity is irrelevant. One extremely important point to remember here is that we are talking about the ‘official favourite’ based on the SP, rather than the favourite at the bookmaker you choose to bet with.

In the vast majority of cases, the ‘official favourite’ and the favourite at your bookmaker will be the same but in a particularly tight markets, there could be a discrepancy. Sticking with our first example, the bookie here has Babindi as the 13/8 favourite with Tregony trailing just behind at 7/4. Most other bookmakers had the pair the other way around however, with Tregony as the shortest-priced option.

In this instance, assuming there is no more movement prior to the start of the race, Tregony would end up the favourite because the starting price is calculated by taking an average price from a number of reputable bookmakers. In short, the unnamed favourite is always the horse (or dog) that sets off with the shortest starting price.

Q: What Happens If There Are Joint Favourites?

Dead heat rules will usually apply in instances where the two horses/greyhounds at the top of the betting share the same starting price. If you did back the unnamed favourite and there ends up being two of them, your stake will end up halved. To give you an example, say we placed a £10 unnamed favourite bet and the starting price ended up being 4/1 on both market leaders.

If either one were to win, rather than getting £50 back (£40 profit + £10 stake), we would only be paid out as though we had bet £5, giving a return of £25 (£20 profit + £5 stake). Our £5 bet on the other joint-favourite would be a loser. The same rules apply in the fairly unusual event of co-favourites (where more than two horses head the market and begin the race with the same SP).

Q: When Is It Best to Place an Unnamed Favourite Bet?

It is not a bet we anticipate many punters would wager on a regular basis but for select races it can be of use. Its biggest appeal would be for races in which favourites have typically fared extremely well and there is no clear front-runner this time around. If the market has generally been very good at calling a particular race right, based on past trends, then it might be a good idea to put your trust in it once again.

In a tight market, it will be very difficult to know who will actually end up being the favourite by the time the race is about to start. Therefore, rather than keeping a regular eye on the market, or placing a bet right before the off, you can simply pick the unnamed favourite and move to doing something else.

This is also a good option where you suspect there may be big, late market move. Certain types of races lend themselves to this, chiefly where relatively little is known about the horses. In addition specific races may have a history of late money coming in for a certain horse. If you are aware of this, opting for the unnamed favourite is the easiest way to make sure your money goes on the right horse. The downside, of course, is that you will only get the SP, so the value odds those perceived to be in the know hoovered up may be far higher than the price you get. In the short term, if the horse wins, you won’t care, but in the longer term missing out on the better odds will make it virtually impossible to stay in the black.

Q: Can I Bet on the Unnamed Second Favourite?

Yes, if your bookmakers offers unnamed favourite betting then they are very likely to offer unnamed second favourite bets too. It is a bet that works in exactly the same way only you will end up backing the horse with the second shortest starting price. Just be aware it is usually only found within horse racing though. Due to the smaller number of runners, greyhound racing tends to stick with just the unnamed favourite.

Q: Can I Bet on the Unnamed Favourite at All Bookmakers?

Not all no, but it is far from an extremely rare sight. Many of the big names will offer it across virtually all horse and greyhound races they cover. Almost all of the best UK horse racing betting sites offer unnamed favourite odds.

Q: Can I Get A Better Price Backing The ‘Unnamed Favourite’?

If your go-to bookie is being a little stingy with their odds on a favourite, you might think that betting on the unnamed favourite will provide larger returns. This makes sense because the SP is likely to be higher given that uses an average of selected odds rather than using the shortest advertised price (which is what you might be offered). If this is the case, you could simply opt to back whatever horse you fancy (not necessarily the unnamed favourite) at the SP, rather than your site’s published price.

Many bookmakers run ‘best odds guaranteed’ (BOG) as a promotion. What this policy means is that if you bet on a horse at certain odds, for example 3/1, and the SP ends up larger (4/1), you will be paid out at the SP (4/1). This is something offered by virtually all major bookmakers so either way you will end up getting the same return from your bet. Just be mindful though that the policy typically covers UK and Irish racing so if you are betting on French action for example, it might be that betting on the SP or the live odds is the better option.

However, because BOG only applies where you accept a published price in advance, it is not really relevant to backing the unnamed favourite. To benefit from BOG you must take the price on the website and then benefit if the SP turns out being higher. However, when it comes to unnamed favourite wagers you only ever receive the starting price. As such, if you are making bets with a bookie that offers best odds guaranteed, and in addition you either know which horse you want to back, or you are confident about which will end up the favourite, you are better off backing the specific named horse at the pre-race odds.

Q: Can I Back an Unnamed Favourite Each Way?

For the bookmakers that offer unnamed favourite (and unnamed second favourite) betting, the only option you usually have is to place a win only bet. Unlike when selecting a horse on the race card by name, the option to tick the ‘each way’ box will simply not appear.

Q: Can a Forecast or Acca Bet Include an Unnamed Favourite?

In contrast it is perfectly normal to include an unnamed favourite as part of an acca. Indeed, if you note that a particular track tends to see a lot of winning favourites, you may decide to pick three, four or even more races and combine them in an acca with unnamed favourite your pick in each and every race. Indeed, had you employed such a strategy at Catterick on the 9th October 2001 you would have landed eight out of eight winners. Or put another way, a very tidy unnamed favourite acca at odds of 700/1!