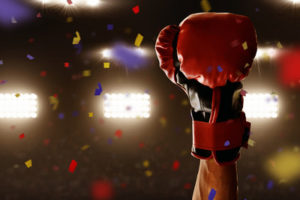 When betting on boxing, there are various options from which to choose. This is particularly true of the biggest bouts such as heavyweight title fights. One of the most popular betting options is betting on the method of victory. To boxing fanatics, this is a rather straightforward betting option but for those unfamiliar with the ins and outs of the sport, it can be somewhat confusing. But fear not, we are here to help.

The term “method of victory” in boxing concerns how the fight will end and who will win (or indeed whether it ends in a draw). This means it does not matter what round this happens in as long as your chosen method is victorious. Of course, if the method in question is a unanimous points decision, that will mean all rounds have been completed, but for something like a knockout, you wouldn’t have to state when the knockout occurs. So let’s explain the various ways in which a boxing match can end. 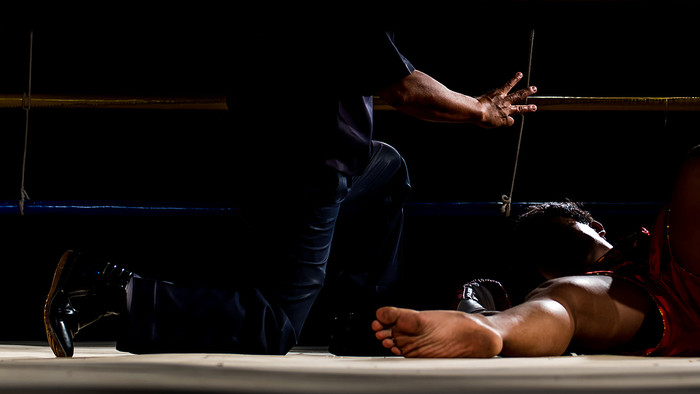 The most well known and exciting way a boxer can win a fight. You may have seen this abbreviated to KO. This simply means that a fighter has thrown a punch or a combination of punches that leaves their opponent unable to continue, i.e. they are not able to return to their feet and be ready to fight by the time the referee has reached a count of 10.

This often the result of a heavy blow to the head which had caused a total or partial loss of consciousness. It is not only a knock to the head that can cause a knockout, however, as often a shot thrown to the body, often a liver punch, can result in a knockout as the fighter might fall to their knees and be unable to rise to beat the referee’s count.

In practical terms, once a boxer has been impacted by a serious blow that has knocked them to the ground, the referee will begin a count, if the opponent is unable to rise to their feet and appear able enough to carry on before the 10 count, the fight will be stopped and knockout will be the method of victory. 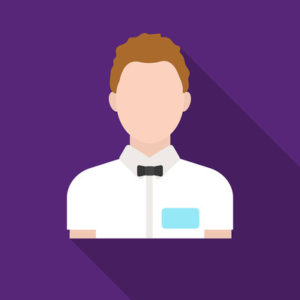 A technical knockout, often abbreviated as TKO, usually occurs when the referee deems a fighter to be unable to fight on or for it to be unsafe to allow them to continue. This decision can also be made by doctors who are present at ringside and whose opinion is now very highly regarded as boxing has entered more modern times.

A technical knockout is usually a result of a serious injury and the boxer or the boxer’s corner can also make the decision not to carry on. Usually, it is the referee who has stepped in and ensure that the fight ends to prevent the fighter from enduring too much punishment which may otherwise provide grave results. A fight is often stopped by a referee in a scenario in which a fighter has been knocked down, has managed to beat the count but is still unsteady and is unable to properly defend themselves against their opponent. 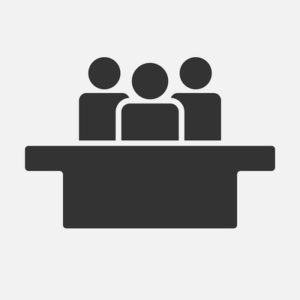 A fight that goes to a unanimous points decision (UD) is one in which all the scheduled rounds, be that 10, 12 or any other applicable amount, have been completed, i.e. neither fighter has won by KO, TKO or any other method “inside the distance”. Once the fight has gone the distance, it is for the judges to make a decision as to who has won the fight. There are usually three judges who tot up scores for each boxer in each round, adding up the totals at the end. However, for a unanimous points decision, all three judges must score the fight in favour of the same boxer.

An example of the scorecards of three judges who reached a unanimous decision can be found when looking at the bout between Floyd Mayweather and Marcos Maidana in September 2014. The judges scored the fight 116-111, 116-111 and 115-112 in Mayweather’s favour. 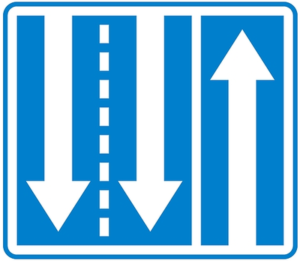 Like the unanimous points decision, a split points decision (SD) occurs when a boxing bout goes the distance. Where it differs though is concerning the judges’ decision, which is split in favour of one fighter. Quite simply, two judges have awarded the victory to the winning fighter, with one judge scoring the losing fighter as the winner. Since one fighter has two judges scoring in his favour, he wins the contest. Split points decisions are often shrouded in controversy as often occur at the end of a closely fought bout. 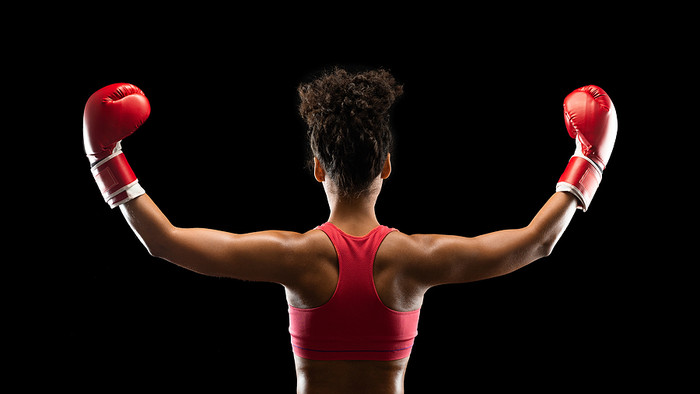 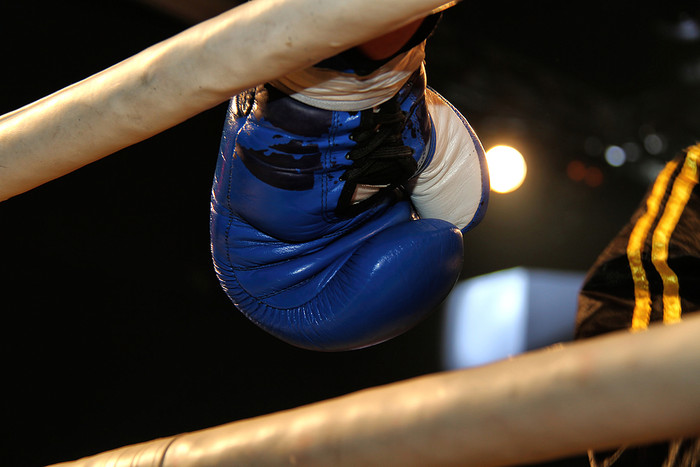 Abbreviated as TD. A technical decision is quite rare. This is because this happens when a fight is prematurely stopped not due to the normal methods of knockout or TKO but due to a headbutt. This headbutt is usually accidental and results in an injury which means one fighter will not be able to carry on. In this instance, the fight will be noted as a technical draw. This is unless the contest has passed a sufficient number of rounds, in which case the fight will be decided by the judges’ scorecards. 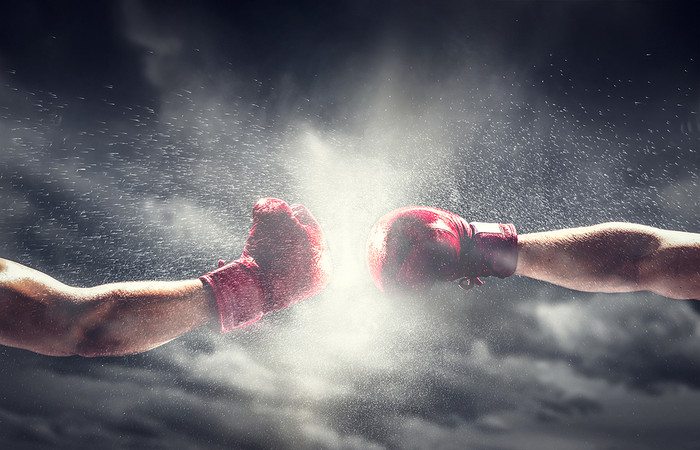 This one is rather straightforward. This occurs at the end of a bout when all three judges unanimously score the fight a draw. This means the bout ends in a tie with no winner declared.

A majority decision, meanwhile, occurs when two of the three judges have scored the fighters as even with the third judge having scored one or other as the winner. The two scorecards showing draws will thus outweigh the one that doesn’t and a draw is declared. 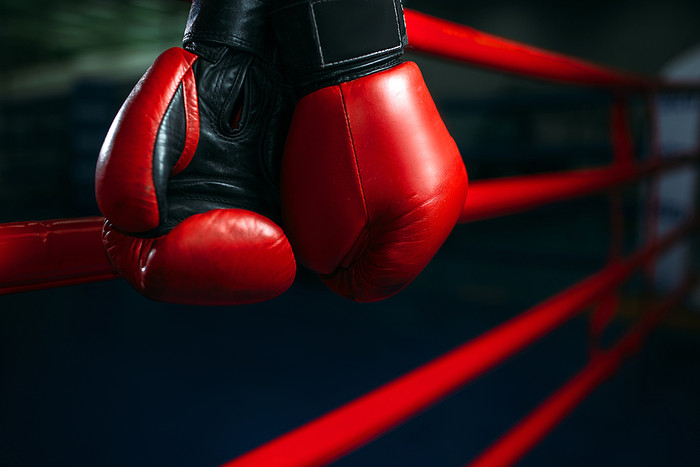 As mentioned above, if a fight is stopped with one fighter unable to box on as a result of an accidental cut or injury, then the fight will be deemed a technical draw. As a certain set amount of rounds have not yet been completed. This is usually four rounds or sometimes half the scheduled number of rounds. In this scenario, as is insinuated, no winner is determined.

This is often abbreviated as DQ. A boxing bout will be ended prematurely if one or both fighters have deliberately and/or continuously fouled an opponent or broken the rules. If only one fighter is disqualified then naturally the other fighter is declared the winner. If both fighters are disqualified, then the referee will declare the bout a no contest. 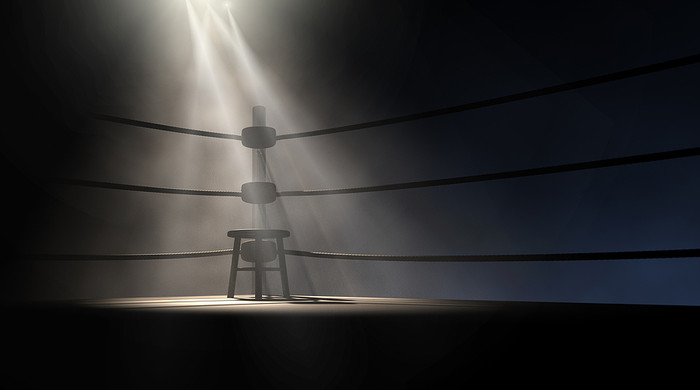 This is usually abbreviated as RTD. This often occurs when at the end of a round when the boxer goes back to their corner but does not come out for the following round. This is either as a result of their own decision to quit, as they refuse to continue or because of a decision of their corner who might be concerned about their fighter’s wellbeing. If this occurs the referee will have no choice but to call the end of the fight and deem the opposing boxer the winner. More can be found on our article on retirements in boxing here.

Boxing has many fans all over the world and there are plenty of them who enjoy placing wagers on big fight nights. Due to the competitive nature of the sport, there are many options when it comes to picking your wagers. However, on these nights you may also find that the odds for picking an outright winner do not yield the highest reward, especially if there is a strong odds-on favourite.

In these situations, one way to get better odds is to go beyond simply picking a winner. With Method of Victory betting markets being an example, by employing the correct analysis and strategy, to get better odds and potentially higher returns for your wager.

If you are familiar with this type of market, this will be straightforward, but if you are not it is important to note the basic details of method of victory betting markets. Simply speaking, they when you place a wager on one fighter winning by a certain outcome (or indeed on neither fighter winning in the case of a draw). As you can see, we have been through these outcomes above to give you a better insight into what the various terms mean.

What is also worth noting is the fact that these odds will vary depending on the many factors that influence the outcome of a fight. This includes, of course, how the bookies expect the bout to end. The most common type of method of victory options are often grouped in KO, TKO or DQ and Decision or Technical Decision. The odds given by different bookmakers across the method of victory markets will also differ.

The reasons they will vary is very much dependent on the styles of the fighters, their previous records, or even previous meetings between the same fighters. While this may give bookmakers a better insight into what might happen in the fight, it also may give you an idea of who will be victorious and, crucially in this case, how.

If a fighter is known for their heavy punch power and they are fighting a lowly ranked opponent, it may be best to wager on them winning by knockout, technical knockout or disqualification as opposed to just as the outright winner.

Let us look at some examples. Note that although we are using the odds from a specific fight, they are for illustrative purposes and can be applied in general terms.

In the 2021 heavyweight world title clash between Tyson Fury and Deontay Wilder, Tyson Fury is the clear favourite, with odds ranging around the even money mark for Fury to with by KO, TKO or DQ. These odds are better than him just to win the fight outright, with the best odds in that region sitting around 1/3.

This will no doubt be as a result of the previous performance by Fury against Wilder, where he dominated the contest and won in the seventh round by technical knockout. Betting markets in this region also see Fury favourite to win by decision or technical decision, with the best odds at 3/1, again this may be as a result of Fury’s previous performances, including his last two fights against Wilder.

Taking a look at Deontay Wilder, the best odds at the time of writing for him are around 10/3 for Wilder to win by KO, TKO or DQ. It is worth noting though that many punters are placing a wager on this, with the odds shortening as Wilder is known for his lethal knockout power. The odds for Wilder to win by decision are quite far out with the best odds at 16/1, based on previous performances and that he has also won 41 of his 44 pro fights by knockout. The draw or technical draw offers the best odds of the lot, with odds coming in at around 25/1, though this is a reflection on how infrequent draws occur in boxing.

So, as you can see, the method of victory market can be rather simple to understand, can provide better odds than the outright winner market and, perhaps, with the correct analysis and a bit of luck, some punters can be successful when the announcer confirms the result of a bout on which they’ve placed a method of victory boxing bet.