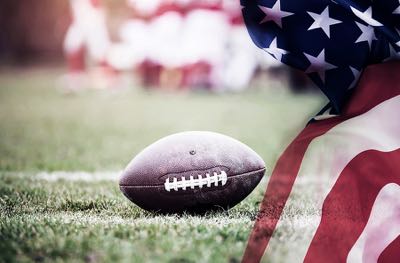 American football is ludicrously popular in the United States but it also has a large and growing following around the globe too, especially in the UK. The sport is notoriously difficult to understand at times because of the number and (sometimes confusing) nature of the rules involved. But one thing that is relatively easy to understand about the NFL is how the winner is decided at the end of the season, namely whichever team wins the Super Bowl.

Having said that, before we get to the showpiece game that is the culmination of the NFL season, there are a lot of steps that need to be taken to whittle the 32 NFL teams down to the final two. In this article, we’ll explain how that process works, with an emphasis on the playoffs.

Before we go into detail about how the playoffs work, we’ll briefly outline what happens in the regular season and how teams can progress to the postseason (i.e. the playoffs). Note that although the title of the article talks about playoffs in “American football” in general we will look solely at the National Football League (NFL) here.

The Format of a Regular NFL Season

As mentioned, there are 32 teams currently in the NFL. They are split into two conferences, the American Football Conference (AFC) and the National Football Conference (NFC), with each housing 16 teams. Each of the conferences is split into four divisions of four teams that are broadly along geographical lines (with a couple of notable exceptions) and are called East, North, South and West (so, for example, the NFC West or the AFC South).

We’ll leave the preseason games to one side as they don’t have a direct impact on which teams progress to the playoffs. Looking to the regular season, things start to get a little more complicated than many people (such as fans of soccer’s Premier League) might be used to. In many sports divisions, teams simply play every other team in their division, often once at home and once away from home.

But the NFL seems to be rather fond of complicating things. As such, the 18-week regular season incorporates a total of 272 games. Each team has one week off, meaning that they all play 17 games over the regular season… but not against 17 different opponents (that would almost make sense). No, they play 14 other teams.

Because things are more complicated than they perhaps could be, a special scheduling formula is used to figure out which teams play which other teams when. But the following applies and is a little more simple to understand:

Well, we’re confident that will make perfect sense to all those sports fans who are used to their team simply playing every other team in the division home and away! We won’t confuse things by giving details about how past formulas work. Suffice to say, things could change again in the future. But as things stand, each team will be sure to play every other team in the same conference at least once every three years and each team in the other conference at least once every four years. Which, on the face of it, seems reasonable.

In addition, whilst all that may seem overly complicated, it should be remembered that each and every year, teams do play their three divisional rivals on their home field and also on the road. That means that more than a third of their games don’t change year on year and follow a fairly normal league format.

In order to decide which teams compete against which other teams in the playoffs, a seeding system is used. Firstly, the four divisional winners from each conference are seeded one to four in their side of the playoffs. These seedings are based on their won-lost-tied records from the regular season, with the divisional winner in each conference with the best record being seeded one, the next best two and so on.

The tie-break rules used to work out which side should progress to the playoffs or what the seedings should be are – like a lot of things in the NFL – not exactly straightforward. They differ slightly depending on whether the tied teams are in the same division or just the same conference. We won’t go through the full details in this article, but the following are some of the factors that are taken into account when attempting to break a tie between sides with the same won-lost-tied records.

How the NFL Playoffs Work 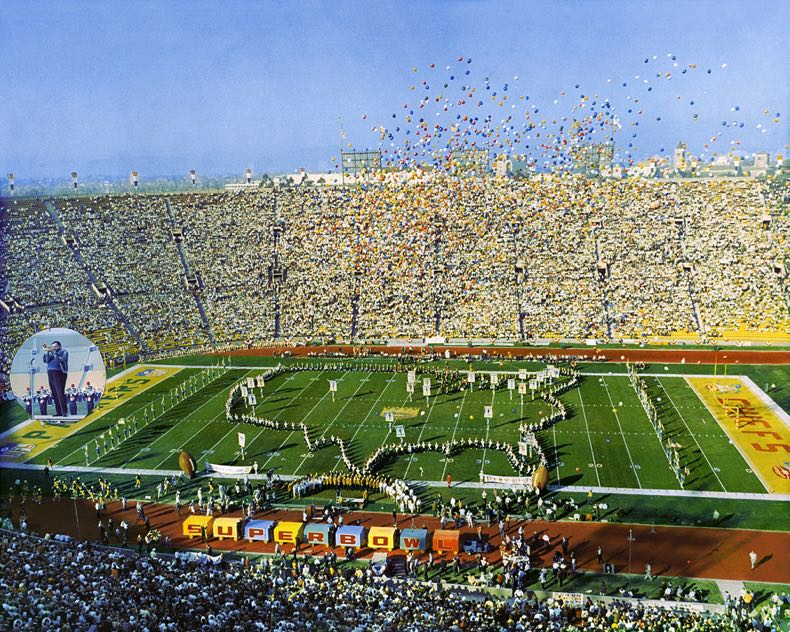 Once the teams that will compete in the playoffs are decided and their seedings have been allocated, the playoffs can commence. There are three rounds of playoffs before the Super Bowl itself (which is essentially the fourth round of the playoffs). Here we’ll outline which sides/seeds compete in each stage of the playoffs.

You will no doubt have noticed that with seven teams from each conference but only three matches in the wild card round, one team is not involved at this stage. Indeed, the divisional winner with the best record from each conference gets a bye to the next round of the playoffs, the divisional playoffs. In short, the teams seeded one in each of the two conferences get a bye through the first round of the postseason.

In the divisional playoffs, the number one seed (who didn’t play in the first round of the playoffs) plays at home against the team with the lowest seed of those remaining. The other two sides that made it through the wild card round meet one another, with the side with the higher initial seed enjoying home field advantage.

Having said the game is played at a neutral venue, this is not always necessarily the case. The venue that is to host the Super Bowl is determined years in advance and it is possible for a team to end up playing at their home ground if they make it that far. Incredibly, this never happened for the first 54 Super Bowls and then happened twice in a row! The “home” side made it to the showpiece game for Super Bowl LV and Super Bowl LVI, when Tampa Bay Buccaneers and Los Angeles Rams played (and won) the Super Bowl at their home stadiums, respectively.

Which NFL Teams Have Made the Playoffs the Most? 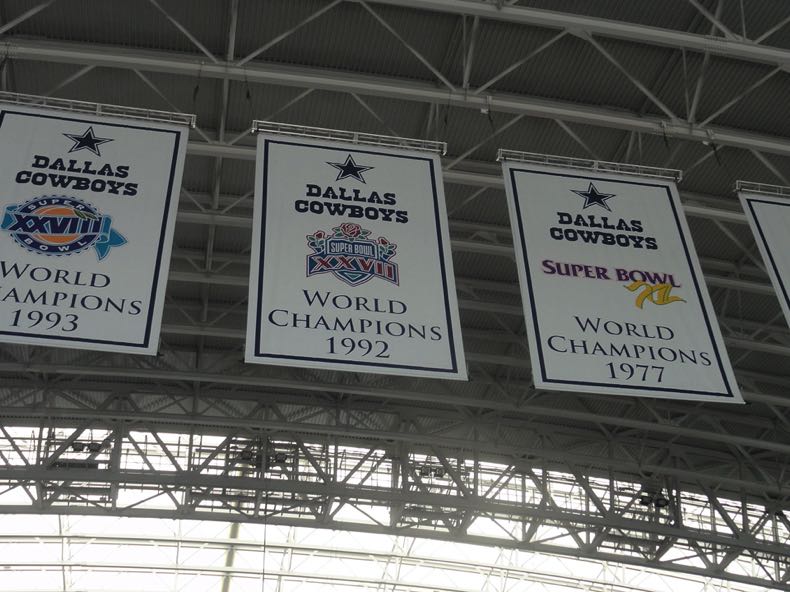 As we have seen, the regular season and playoff structure of the NFL is a little more complicated than the equivalent of your average soccer league in the UK. There are some similarities with the playoff system – for instance, with the playoff system used to determine the third team that gets promoted from the Championship to the Premier League in English soccer.

But, as with most other aspects of the sport, the NFL has their own unique way of doing things and it works well enough for them. Even if it does take a little time and effort for people to get their heads around how it all works, the NFL playoff structure does make sense and invariably the process produces a very exciting Super Bowl at the end of it.