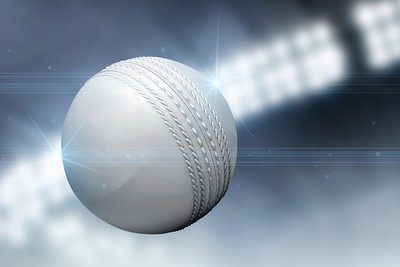 Cricket has a reputation among some people as a sport that goes on for days and days and that can still end up without a winner. This is true to an extent when it comes to Test match cricket, but certainly not when it comes to the many varieties of limited overs cricket that exist, variously called white-ball cricket or short-form cricket. Having said that, even limited overs matches can end without a winner (we’ll come back to that later), but in contrast to Test matches, limited overs games will only take place on a single day. Indeed, the shortest professional limited overs cricket matches can be done and dusted in around two and a half hours!

In this article, we’ll first explain in more detail what limited overs cricket is and we’ll run through the main formats of professional cricket that fall under the “limited overs” umbrella. We’ll then give brief details about the top limited overs cricket competitions and tournaments for both international and domestic teams. Finally, we’ll give you a few choice statistics and records you can use to impress your cricket-loving grandad, or simply to create new, and very possibly pointless, neural pathways. 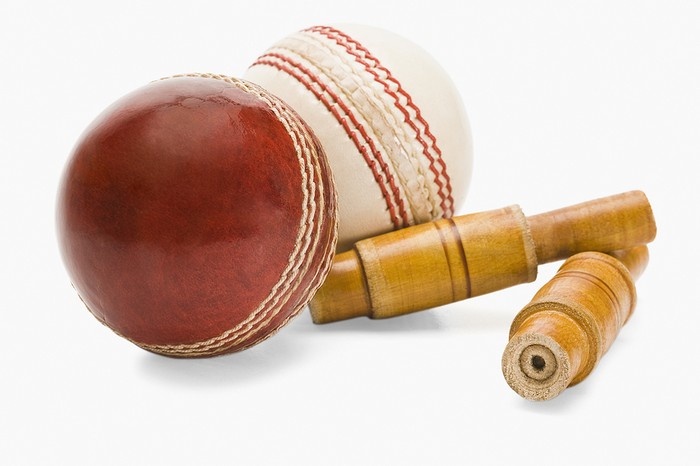 There are many similarities between limited overs cricket and first-class/Test cricket, such as the majority of rules and regulations defined in the Laws of cricket. But here are the main differences between the short and long formats of the game.

As mentioned, there are various format that fall into the limited overs category. Here we give a brief outline of the main ones played in professional cricket.

Can Matches End In A Draw? 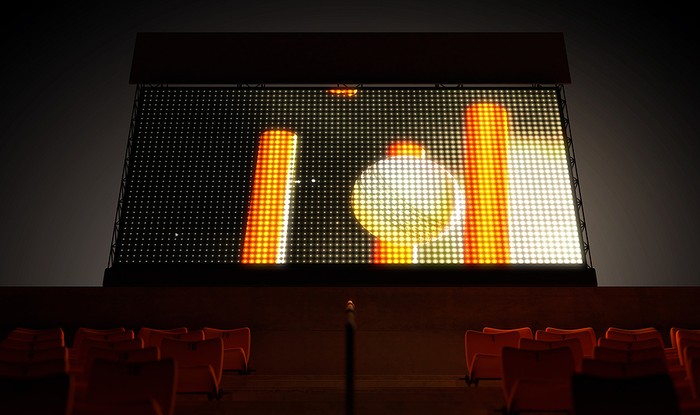 As mentioned above, limited overs matches do not end in draws. It is possible for them to end in a tie but most limited overs competitions will have some form of tiebreaker to ensure that a winner is declared. Here are a couple of popular tiebreaker options utilised should both sides score the same number of runs:

What If Rain Stops Or Interrupts Play? 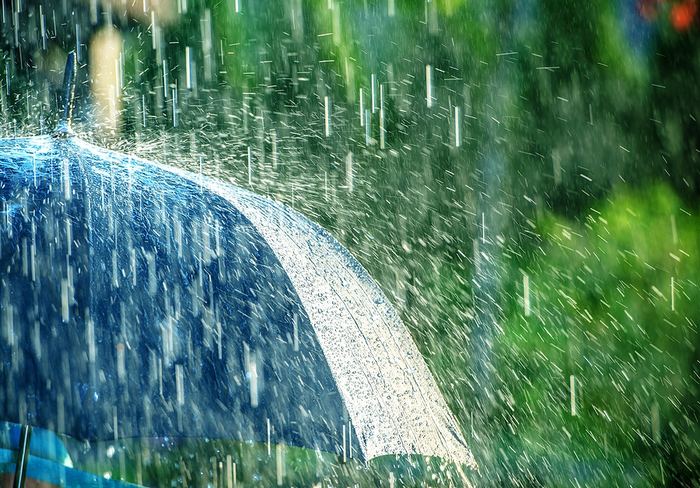 If rain causes disruption to Test matches to the extent that neither side has enough time to win the game, it will simply end in a draw. If rain disrupts a limited overs game, things are a little different. It can get rather complicated but depending when rain falls and for how long, there is a system that can determine revised targets for one or both sides.

This is known as the Duckworth-Lewis-Stern method (formally the Duckworth-Lewis method). We go into detail about it elsewhere on the site, so we’ll not delve too deeply. But essentially it is a statistical analysis that takes into account the time (i.e. number of overs) lost to rain and the number of wickets a side has remaining to set a revised target that – in theory – give both sides an equal chance of winning the game.

What Are The Top Limited Overs Cricket Competitions? 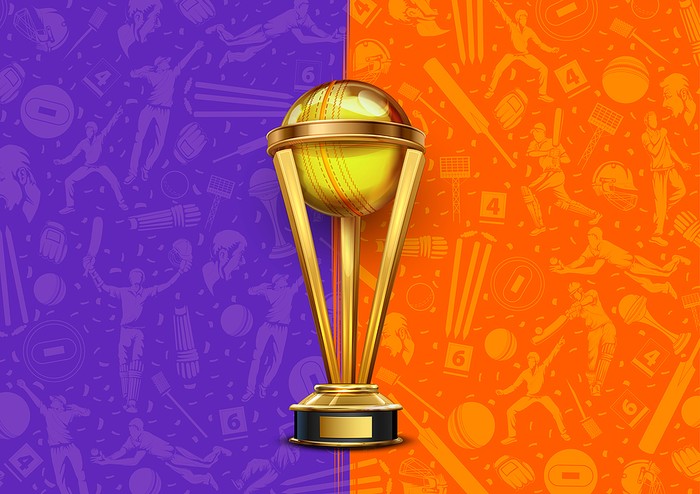 As Test matches usually take five days, many crickets fans simply don’t have time to watch a full match. And though some people are quite happy to attend a single day of a clash, other would rather see a side win or lose while they are in there. Hence limited overs matches have proved very popular, especially with the various innovations in formats that have – in the eyes of many – increased the levels of excitement games can produce. Here we go through some of the most popular limited overs tournaments and competitions around.

As well as the main One Day International and Twenty20 series that are regularly played between Member Nations of the ICC there are various tournaments that allow sides to strive for limited overs glory.

The ICC Men’s Cricket World Cup (there’s also a women’s version), is the pinnacle of ODI cricket for international sides and has been contested since 1975. It takes place every four years and though the tournament format has changed a lot over the years, the 2019 World Cup featured 10 sides that all played against one another before the top four sides went into the semi-finals. The number of teams is set to increase to 14 for the 2027 and 2031 World Cups.

West Indies won the first two World Cups, with India, Australia, Pakistan and Sri Lanka winning the subsequent tournaments before the Aussies won three in a row from 1999 to 2007. India won in 2011 before Australia added their fifth title in 2015; and then England won in 2019 in the most dramatic fashion imaginable (to someone with a very good imagination and idea of cricket drama!).

The swift rise in popularity of T20 cricket since the first international match in that format in February 2005 led to the first T20 World Cup in 2007. This tournament tends to take place every two years (rather than the four-year intervals of the ODI World Cup), though this interval has varied for different reasons over the years. Initially the tournament included 12 teams though this was expanded to 16 nations in 2014 and is set to rise again to 20 teams from 2024. The first five tournaments each had a different winner (India, Pakistan, England, West Indies and Sri Lanka), since when West Indies have won it for a second time and Australia have also been victorious.

When it comes to domestic competitions, there are loads of different limited overs options for fans to enjoy from all around the world. Here are some of the biggest and best.

Widely regarded as being at the forefront of the rise in popularity of T20, the IPL brought new levels of glitz, glamour and excitement to cricket from its inception in 2007. Based on a league of 10 teams based in various cities around India, the annual player auctions and high earning potential for players have meant that many of the world’s best players have been attracted to the IPL, thus providing cricket that is of a very high standard and often sees a very high number of boundaries. In a country where cricket is a religion, there is no question that T20 is a new God and most Indian fans favour the flowing boundaries and fast nature of this format over Test cricket.

The original Twenty20 Big Bash actually started more than a year before the first edition of the IPL and included six teams based on the six states of Australia. It didn’t quite have the razzmatazz of the IPL and it was rebranded as the Big Bash League (BBL) in 2011 and changed to eight city-based franchises. For cricket fans in the southern hemisphere especially, it is a massive deal. It doesn’t quite have the same international appeal as the IPL has managed to garner but its high-octane matches are a big draw for many fans of the sport.

The Hundred is a more recent innovation that is based on 100-ball cricket (who’d have guessed?!) and – unlike most cricket tournaments – gives the chance for fans to watch a women’s match and a men’s match at each fixture. There are 100 balls per innings and bowlers can deliver either five or 10 consecutive balls, though each bowler can bowl a maximum of 20 balls in a match.

With it being even shorter than T20, the hope was that it would attract a younger audience – because they can’t concentrate for the extra 20 balls perhaps – and be even more exciting than the already well-established 20 over game. The first edition only took place in 2021 so it remains to be seen whether this will prove to be the case or whether it is simply too similar to T20 to make much of an impact. But it certainly shines a light on the women’s game that might not otherwise be there, so that’s got to be a positive thing.

Now we’ve been through the various aspects that explain what limited overs cricket is and the tournaments in which it’s played, let’s throw out some facts and figures that are sure to excite you at least as much as England’s 2019 World Cup victory!