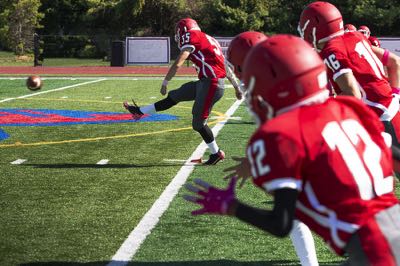 The NFL is a game dominated by stars on either side of the line of scrimmage. Quarterbacks, such as Aaron Rodgers, Russell Wilson, Joe Burrow and Dak Prescott, are some of the biggest stars in all of America, while Aaron Donald and JJ Watt have built successful careers feasting on quarterbacks and making breathtaking defensive plays.

What draws millions of fans from all over the world to the game are the breathtaking feats of athleticism either through mesmeric catches or bone-shattering hits. However, there is one group of players that plays a vital role in the game but that often gets overlooked, and that’s the kickers.

The Role of a Kicker 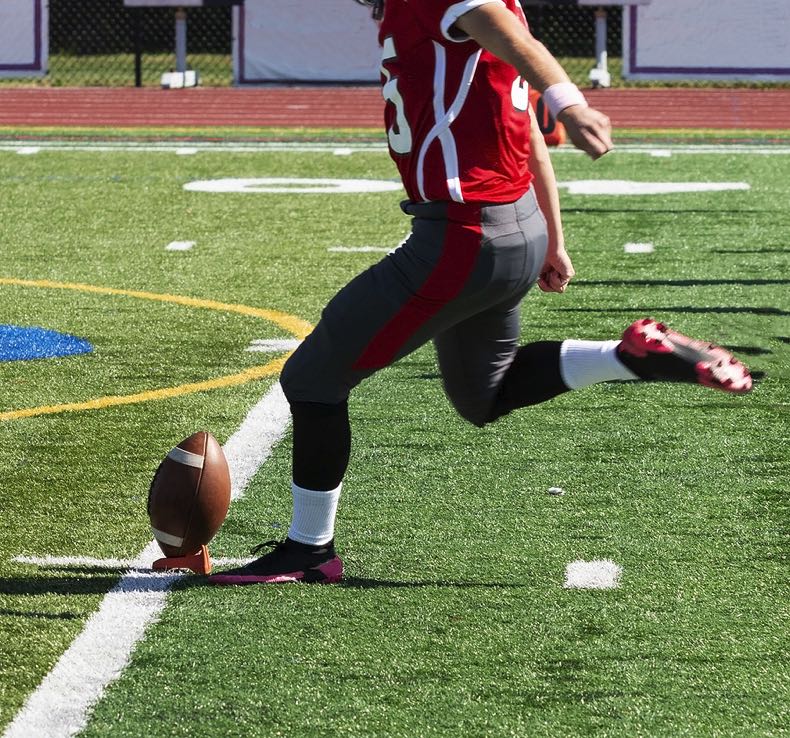 If a team is to have success in today’s NFL, they need to have a kicking game that is on point. Tight games and championships can all be determined by one successful swing of a kicker’s leg. A kicker is a cornerstone position for any NFL team and they must know how to get the job done. Despite the essential role that kickers can play, their role on the team can often be maligned. Kickers can often be the loneliest position on an American football team, often training on their own, practising kick after kick, and thus many never feel part of the team. Rich Eisen, one of the prominent broadcasters on the NFL Network, famously coined the phrase that ‘kickers are people too!’

Judged purely on their ability to make kicks, there have been many famous instances of coaches and teammates calling their kickers out, with some even being cut from the team if kicks are repeatedly missed. A kicker could make nine out of 10 kicks, but will always be remembered for the ones they miss, especially if they occurred in a big game! This article looks to give kickers a little bit of love and will explain the different types of point kicking scenarios that will occur in your typical NFL game. It will break down the different types of kicks and how the kick takes place and will conclude by looking at the different types of bets you can make that are related specifically to kicking. 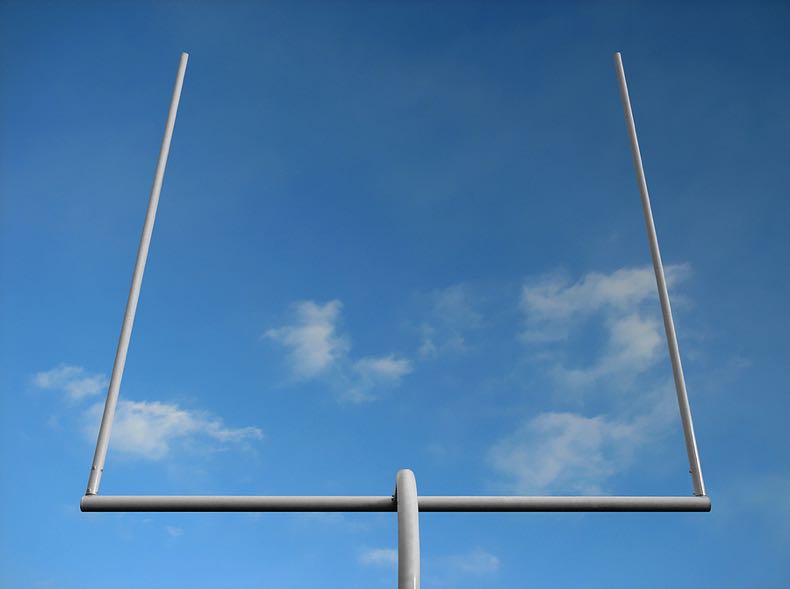 Despite the game being called American football, there is actually very little kicking that goes on. Kicking falls under the third element of an American Football team and is a special teams position. The kicker will start the game with a kickoff from centre field where they kick the ball to the opposing team. If a team struggles to move the ball effectively down the field and are some way from kicking a field goal, the team will have a punter who will punt the ball to the opposition to pin the opponents as far back in their territory as possible. If the team in control of the ball can make some headway up the field and moves into the opponent’s territory the first point-scoring kicking opportunity that could arrive in the game is a field goal.

The Fourth Down Decision

Field goals will normally always happen on a team’s fourth down and when in a fourth-down scenario, the coach will often have a decision to make. Do they try and continue the drive to try and score a touchdown, or will they instead look to kick a field goal. The decision to go for the field goal is often determined by where the ball is and how far the kick needs to go. Most modern-day NFL kickers can usually accurately kick from 50 yards away, but kicks from distance need to be very well calculated as if a kick is missed, the opposition team will start with the ball. If a kick is successful, the team who has just scored the three points will restart the game with a kickoff to the other team who will then have possession of the ball.

As an aside, in case you’re interested, the longest field goal scored in NFL history happened quite recently the Baltimore Ravens’ Justin Tucker scored a massive 66-yard field goal against the Detroit Lions (in September 2021). Tucker is historically the greatest ever kicker in the NFL having made over 90% of his kicks across a career that has spanned well over a decade.

A field goal is a contested play – this means that the opposition will try and block or defend the kick. If a kick is blocked the play will often be dead – however, if the defending team can somehow get hold of the ball, they can decide to try and move the ball up the field to give their team better field position. There have been instances where teams have scored touchdowns by recovering the ball and taking it to an opponent’s end zone.

Can Mean the Difference Between Winning & Losing

Field goals are vital and can often prove to be the difference between winning and losing. In fact it would be no exaggeration to say that at times field goals have helped shape dynasties and create history within the NFL. In championship games, there have been three instances where a team have kicked a walk-off field goal to win the Super Bowl (i.e. in the final seconds of the game). Two of the New England Patriots’ six Super Bowl wins came courtesy of walk-off field goals. This year alone both the NFC and AFC Championships were settled by field goals. Strangely, the value of kickers can often be overlooked considering the critical role they can play.

The other point-scoring scenario in an NFL game is the extra point. An extra point (conversion) is attempted when a team has just scored a touchdown. A team is awarded six points for the successful touchdown, then after the touchdown has been scored teams can then try and score one more point through a successful kick. Unlike a field goal, the extra point will always happen from a fixed yardage position with the kick happening from the 15-yard line resulting in a kick of roughly 32 yards (as the goal itself is located at the back of the end zone). If a kick is missed the team will just score six points for the initial touchdown.

From the 15 Yard Line

The NFL recently deemed that extra points were too easy, so in 2015 decided to move the extra point back from the two-yard line to the 15-yard line. Before the move, the extra point was rarely missed and was viewed by the NFL as a ‘ceremonial play.’ By moving the extra point distance back, it was hoped more teams would risk the jeopardy of going for two-point conversions rather than choose to kick the extra point.

The two-point conversion involves attempting to run or pass the ball from the two-yard line (much like when trying to score a touchdown). Since the move back in 2015, the stats on successful extra-point kicks has changed markedly:

A failed extra point conversion can go a long way in deciding a game, and time and time again we have seen instances where a team has ended up on the losing side due to an extra point not being made.

How Is a Kick Performed?

An NFL kick isn’t like a placekick in sports such as rugby or soccer. Both a field goal and extra point kicks are live plays where the defending team will look to defend the kick by either a block or other kind of defensive play.

Both kicking scenarios will see the ball being snapped from the line of scrimmage just like any other NFL offensive play. Teams will often deploy a specialist long snapper who will be able to feed the ball to the holder who will catch the ball and place it on the ground. Once the ball has been placed correctly by the holder (usually the team’s punter), the kicker will then attempt to kick the ball through the posts. The kicking team will have offensive linemen and other special teams players on the field to try and prevent the defensive team from blocking the kick – hopefully ensuring that the kick is successful.

What Bets Can You Place on American Football Kicking? 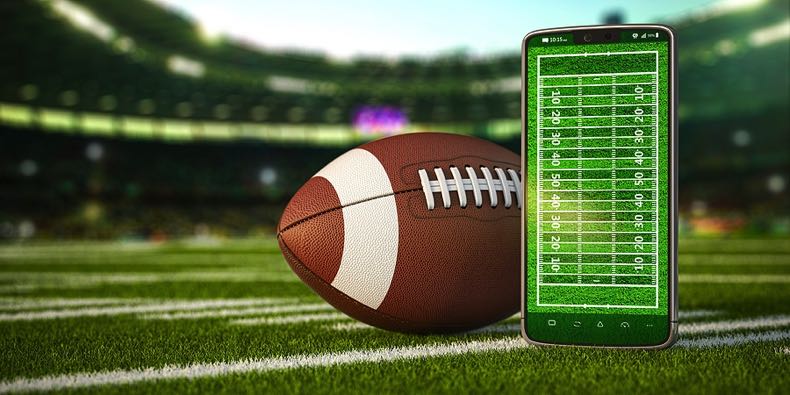 With the array of betting markets being so vast when it comes to NFL games, it isn’t a surprise to see that there are several specialised prop bets that are reserved just for kicking. Below we run through a summary of the main types of bets you can place when it comes to betting on NFL kicking. Note that some bookies might have special kicking-related markets from time to time, especially for the biggest games, such as the Super Bowl.

First Points to Be Scored

An open bet where bettors can choose the method of the game’s first points. This bet will allow for a bettor to choose whether the first points scored could be a touchdown, field goal or safety. A field goal is often the lowest value bet in this list with the odds of a successful field goal being far more common than a successful touchdown as a means to the opening points being scored in a game.

Both Teams Kick a Certain Number of Field Goals

Often the oddsmakers will set a number as to how many successful field goals they predict each team will potentially kick. This can range from anywhere between two and four. It’s up to the bettor to decide whether the game will be tight and see a lot of kicks made or not. The bettor will have the option of betting either over the market stated number or below it. For example, the market might allow punters to bet on whether each team will kick over or under 2.5 successful field goals, often with similar or the same odds (such as 5/6).

A Field Goal to Be Made Over a Specific Distance

As we mentioned earlier in this article, field goals can range from a distance of anywhere between 15 and 60 yards with anything over 50 yards being deemed a long kick. Bettors will often be able to bet on whether a kick will be made over certain yardage, for example, the bettor will have the choice in backing whether a kick will be made over 55 yards with the odds for ‘yes’ being far more generous than the ‘no’ option.

Successful Field Goals Per Quarter or Half

Extra Point to Be Missed

We hope this article has helped shed some light on the different types of kicking bets that can occur and also highlight how vital a kicker can be to any team. It’s a given that considering the majority of an NFL team is made up of stupidly athletic players on both sides of the ball that a kicker might not look like they truly belong on the field. However, you could argue that no other position is quite as stressful.

Kickers can often go unnoticed through a season and it sometimes isn’t until a team needs them that they come into the spotlight. Kickers can carry the weight of a season on their shoulders and at times will have the rest of the team on their backs. We think kicking is an art and kickers deserve a little more love considering the vital role they play. Kicking bets can be some of the most fun to place as there is a real sense of jeopardy in terms of will-they-won’t-they? So, here’s to the kickers, a treasured position in the league, and to many more successful kicks to come!