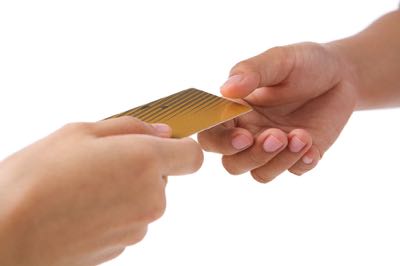 The PGA Tour introduced the playoff system to add some drama to the end of the season. As exciting as it is to watch a selection of the world’s best golfers go head to head for mind boggling amounts of money, there is arguably even more tension at the event before the playoffs begin in earnest.

Each year at the Wyndham Championship a whole host of players scrap for their golfing lives, trying to make it inside the top 125 of the seasonal rankings and thus securing their PGA Tour card for the year ahead. Similar scraps take place on the European Tour, LPGA and Ladies European Tour and at various levels of golf. But, what is a tour card, how do you get one and how can you lose it?

What Is a Tour Card?

Tour cards are used in several different individual sports which operate events at a local, national or international level. As well as golf, players compete to earn cards on the main tours and feeder tours in sports such as tennis, darts and snooker.

Ownership of a tour card – which is often an actual physical card or badge, albeit issued to players largely symbolically – allows golfers the opportunity compete in events on that tour without having to qualify. It’s the same across the PGA Tour and European Tour and their various feeder tours, such as the Korn Ferry Tour and the Challenge Tour.

Does Not Grant Automatic Place in Every Tournament

It’s worth noting that a tour card does not give golfers an automatic place in every tournament on a specific tour. For example, the European Tour has the Rolex Series of events which are elevated status, offer more in prizes and are thus more popular. In these and similar events on the PGA Tour, competition for a place is so high that a priority ranking system is used which favours golfers who have either won more events or been on tour for longer.

It is possible for non-members of the PGA Tour or European Tour to compete in professional events, earning prize money and potentially a tour card (more on this later). A small number of sponsors’ exemptions and qualifiers make it into the field in almost every PGA Tour event for example. However, there is a limit on how many tournaments non-members (those that hold a tour card) can play in and how many invites they can take up from sponsors.

How Do Golfers Earn a Tour Card? 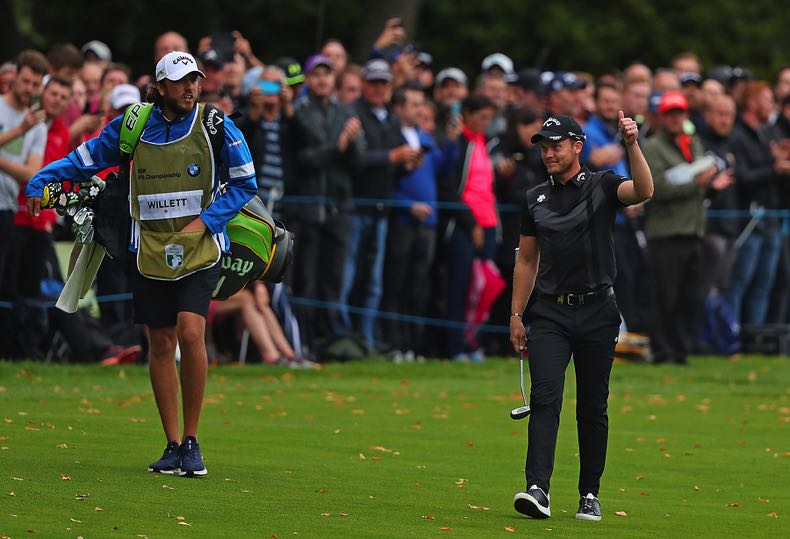 Earning a tour card is a dream for every professional golfer. The level of competition in the sport is so incredibly high that the vast majority of golf pros will never realise that dream to compete against the sport’s elite. There are countless players who can fairly call themselves professional golfers but whose lives are very, very different from the sport’s elite who compete week in, week out, for huge prizes.

Although earning a tour card on the PGA Tour or European Tour is an incredibly difficult achievement secured by only a tiny fraction of golfers, there are actually several different routes to getting a tour card.

Golf is an individual sport but at the professional level there are season-long rankings akin to league tables used in team sports. Known as money lists or points list, they are given sponsored names such as the FedEx Cup standings (PGA Tour) and the Race to Dubai rankings (European Tour). Essentially every euro, pound or dollar won at an eligible event is added to a player’s tally, seeing them move up, or drop down, the standings. At the top end, players jostle for position before the playoffs crown the season’s champion. At the bottom end, players face a sort of relegation battle as they try to earn enough points to retain their playing rights for the following season.

On the PGA Tour, golfers must finish inside the top 125 places on the FedEx Cup standings at the end of the regular season to be assured of keeping their tour card. Those who finish between 126 to 200 are eligible to compete in the Korn Ferry Final Series, in effect a qualifying tournament for the PGA Tour at which 25 tour cards are there to be won. On the European Tour it’s the top 110 places on the Race to Dubai rankings which provide a guaranteed tour card for the following season.

Earning a certain position in the seasonal rankings on the PGA Tour or European Tour is how professional golfers retain their tour cards. The level below offers players the chance to earn a tour card in a similar fashion. Think of this like football teams earning promotion into the league above due to performances in their league. The top 25 players on the Korn Ferry Tour rankings at the end of the season earn tour cards on the PGA Tour. On the Challenge Tour it’s 20 players who earn promotion onto the European Tour.

The simplest way to earn a tour card on the PGA Tour is to win a PGA Tour event. Obviously, doing that is a massive undertaking given the strength in depth in the world of golf but it is at least a straightforward proposition.

Non-members and members who don’t have full status on the PGA Tour can earn a tour card for two years with just one victory on tour. Given that there are places reserved in most PGA Tour events for invitations, sponsors’ invites and qualifiers, this is a massive potential prize. That’s true even of player with a tour card in the bag. You’ll often hear first-time PGA Tour winners say that the best thing about breaking their duck is that it gives them some stability and job security.

That two-year exemption is true of all main PGA Tour events but it’s a different story for some other events. On the European Tour, the length of an exemption earned via a win differs subject to the prestige and importance of the tournament. Major championship winners are automatically given five-year exemptions from relegation on both the PGA Tour and European Tour, while winners of the Players Championship, the unofficial fifth major, get a five-year PGA Tour exemption. Winners at the Arnold Palmer Invitational, Memorial Tournament and Genesis Invitational all get tour cards for three years

It’s also possible for golfers to win their way onto the PGA Tour via the Korn Ferry Tour. Any player who wins three Korn Ferry Tour events in one season is immediately promoted to the PGA Tour for the remainder of the current season and the following season. This so-called ‘battlefield promotion’ is a big ask but has been achieved by the likes of Wesley Bryan, Carlos Ortiz and Chad Campbell, and gives hugely successful players the chance to compete on the main tour earlier than they otherwise would.

How Do Golfers Lose Their Tour Card? 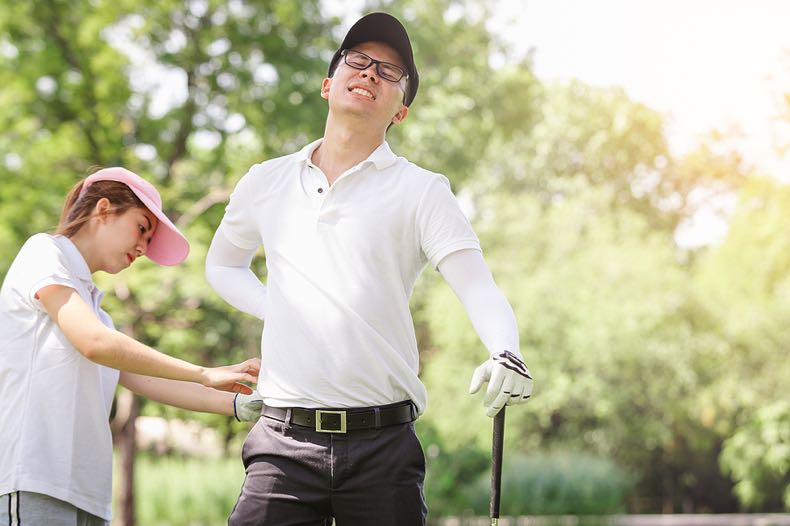 It’s all about performance. Just as golfers must perform well enough consistently and/or win tournaments to earn their tour cards, golfers who cannot maintain a high enough standard of performance will soon find somebody else to take their tour card from them at all levels of golf.

Golf tours around the world differ in size. They all have some sort of ranking system though and golfers who don’t rank high enough will lose their tour cards. On the PGA Tour, players must finish inside the top 125 of the FedEx Cup rankings to be guaranteed of their place on the tour the following season.

That is simple in theory but in practice it is much more complicated. That is because of the large array of exemptions which exist. Some of these have already been touched on above. For example, it is possible for a player to finish worse than 125th on the FedEx Cup rankings but retain their tour card for the following season because they have an exemption for winning a major championship, World Golf Championship or other events which offer exemptions for more than two years.

No matter the moans of some payers, the PGA Tour does a lot of work to protect its players. Those who have suffered considerably with injuries can benefit from what is known as a ‘major medical exemption’. When injured players return to competition they are given a points tally for the FedEx Cup which they must reach within a given number of tournaments to retain their tour card.

Playing at a High Level for Many Years

Players who have performed to a high level for a number of years are also given some leeway. There is a one-time exemption for players inside the top 50 of career PGA Tour earnings and another one-year exemption for the top 25 earners. Any player who wins 20 PGA Tour events and has played on the tour for at last 15 years is given lifetime membership, effectively a tour card for life. Davis Love III and Vijay Singh are two recent examples of players who have competed on the PGA Tour through their lifetime membership. Generally speaking, pros that have enjoyed that level of success are not desperate for the money and so tend to only play as long as they feel they can stay competitive.

The list of exemptions is lengthy though – players who have made 300 cuts on the PGA Tour get a one-year exemption for another example – but eventually players will find that their exemptions run out, the performances are poor and they lose their PGA Tour card. It’s a challenging situation for any touring professional. Thankfully, there are a number of potential routes back to the big time and just because a player loses their card does not mean they cannot go on to reclaim one and to enjoy a great deal of future success