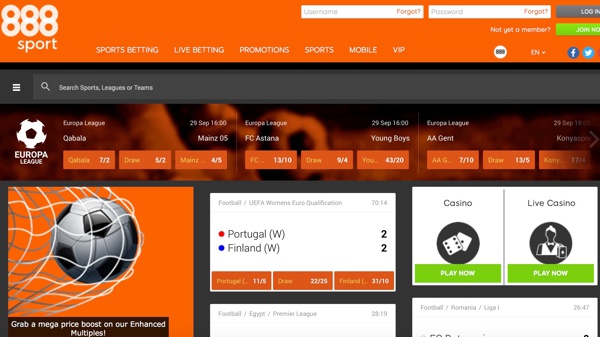 888 are one of the world leading online gambling companies. They’ve been around since 1997 and in that time have managed to establish themselves in all formats of the gambling industry. The company first started predominantly as an online poker room, but have from that evolved into a much more well-rounded gambling outlet.

888 are based out of Gibraltar and hold their licensing with the Licencing Authority of Gibraltar. They’ve been long time servants to a massive player database from over 50 countries around the world and continue to offer an almost unrivalled betting home for all of their players.

These days 888 are able to provide casino, sports, poker and bingo to their punters, with each section bringing in a wealth of success for the company.

The sports betting section of the company has arguably been their biggest success over the last decade or so. 888 have always been well known for both online casino and online poker, and it was sports that they struggled to really get to grips with for whatever reason.

These days however, their sportsbook is absolutely thriving and they boast tons of sports and markets for their players from a magnitude of countries around the globe. A part of the company’s success in expanding has been their integration with mobile betting. Their betting app was recently re-designed in 2015 and now will hold it’s own against any of the major players in the industry. In fact, it’s often said that the site is easier to manage on mobile than on their desktop format, which is a credit to their betting app more than a disservice to their desktop.

As we mentioned earlier in the article, the sports betting section has come a long way over the last couple of years or so for 888 and one of the main reason behind this is the fact that they are now much more competitive with their odds pricing structure. Due to the aggressive nature of the industry and the ability to easily cross check odds from a host of bookmakers, 888Sport had to act on what was a part of their business that struggled previously.

These days you can run their prices through any odds comparison website to see that they are pretty much always there or thereabouts. We did find that they were rarely top price for many markets, but then they were always within 5% or so at worst from the markets that we checked.

Their market coverage has always been excellent and they boast a really strong range of sports and then markets for each of those sports. We’d argue that it’s fair to say that football and horse racing take up the vast majority of their markets, but then this is fairly common practice given their player demographic. Outside of these the likes of tennis, cricket, darts, American Football, Basketball and golf are very well covered.

The live betting section is one that’s well in its ascendancy. We’d go as far as saying that 888Sport don’t have the largest range of live sports to sink your teeth in, but they do send the majority of their sports markets in-play, which always gives it a sense that it’s a hive of activity.

The site has recently been re-designed and the live section has probably benefited from this more than others. The have started using the column system and once you click on a game that you want to bet on, it opens up a new column which includes all the in-play markets along with a match centre that includes up the second live action shots of each game.

Whilst there is no dedicated live streaming channel as such, you are able to stream a host of horse races from across Britain and Ireland. You will need to have had a wager of least £1 to view the race and once it’s complete, the feed will close down, unless you continue to wager on the next race that is.

888Sport have added in a statistics section that will rival any bookmaker in the industry. These types of features are pretty common to be fair, but at 888Sport you’re getting a plethora of information on a host of sports, completely free of charge.

At 888 you’re also going to be able access certain ‘zones’ that they promote when there’s a major tournament on such as the Euro’s or The Masters for example. In there you will be able to see all the betting markets for that event along with a statistics section that is dedicated to it. It’s a great addition to the site and one that really comes in handy if you’re targeting a certain event to bet on.

The casino section at 888 is one that’s been the backbone of the company for a number of years now. They are generally the brand that a lot of people seem to congregate towards and that’s for good reason. They offer up some of the most exciting games in the industry and are able to offer a safe and secure platform, with over 2 decades of knowledge behind them.

What’s been great to see about their casino section is the company’s ability to keep improving, keep adding new games and also not being afraid to shake things up when things seem to be getting a little stale; their recent re-design being a massive part of that. 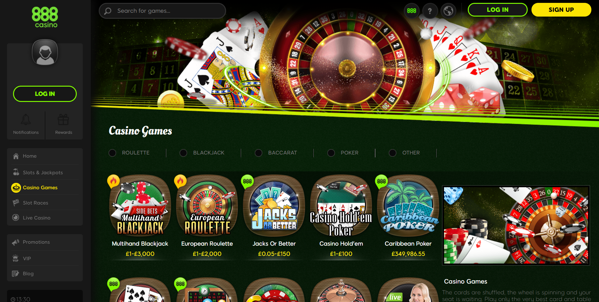 888 use a multitude of casino software providers including WagerLogic, IGT, Dragonfish and Random Logic. But, they also use their own in-house software as well, which is actually very unique to the industry. The number of games that they individually produce is actually quite low, but it has allowed them to plug gaps in the markets fro games that they thought their punters might like, which is pretty cool!

The wide number of developers means that the 888 casino can only be accessed on an instant play basis, but it does allow you to play from both Mac and Windows based machines. They include a really healthy catalogue of games, with over 200 slots and over 70 table games ranging from blackjack, roulette, Sic Bo, punto banco and everything in between.

The mobile casino can be accessed via any smartphone device simply by scanning the QR Code on their website. Alternatively, and possibly more easily, you can visit the casino’s page in your smartphones browser and then you will be immediately re-directed to where you need to be.

The mobile version of the casino doesn’t include all the games that you can play on the desktop as some of the developers that they use have made their games mobile compatible. But, we would guess that around 70% of them are on, including all the major titles such as Gonzo’s Quest Starburst and all the table games. 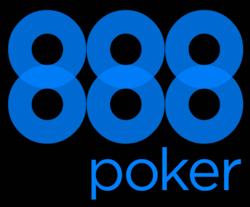 As we briefly mentioned earlier in the article, 888 actually run an extremely popular poker room. In fact, for a lot of years it’s what the company were best known for. The company are unique in that they still run off their own independent poker network and it’s one of the few smaller networks that are still thriving even to this day.
Being on there own, if you will, allows 888 to run dozens of different tournaments all targeted towards their player demographic and whilst it may lack a little in numbers, it makes up for in features and added multi table tournaments. 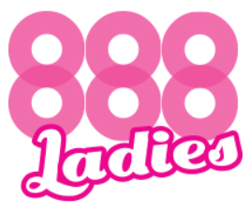 The bingo section is the company’s newest addition after its insertion in 2009. They offer up a really nice range of games including 90 ball and 75 ball variants, but they target the jackpot games heavily, making it a hot bed for players looking for those big prizes from a small outlay. It’s worth noting that in 2012 they won Online Bingo Operator of the Year from the IGA Gaming Awards and in 2014 they won Best Bingo Marketing Campaign at the EGR Operator Marketing and Innovation Awards.

As you would expect, 888 offer up a load of payment options ranging from debit cards to e-wallets. Some of the more popular include Visa Debit Card, Entropay, AstroPay, Maestro, Neteller, PayPal, Skrill, Web Money and Bank Transfer. No payment method will be charged for making a deposit, and the majority wont be charged for withdrawals either. You can expect withdrawal times to range from just a couple hours to a week.

At 888 you will be able to contact them via either email or by telephone, of which you can see below: