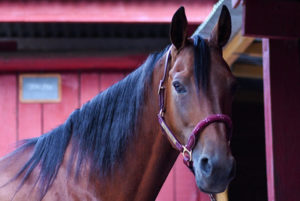 As the nights begin to draw in and the temperature begins to fall some stars of the 2018 flat racing season have already run their last race of the year. Thankfully there are still a few high class meetings to enjoy before the winter break and the National Hunt season properly gets underway, not least this weekend’s Future Champions Festival at Newmarket.

As the name implies, many of the stars of this two day festival are still making their names in the racing game. For example, Saturday’s card is highlighted by the Dewhurst Stakes, perhaps the most prestigious race for two-year-olds of them all. Older horses do get a chance to shine in big contests like the 34 runner Cesarewitch Handicap, so let’s see if we can find some betting value from what promises to be an excellent two days of racing.

The first day of the Future Champions Festival brings with it some quality racing but it’s the Saturday that attracts most of the attention. The action is headlined by the Dewhurst Stakes, a massive race for two-year-olds, and the Cesarewitch Handicap, a very competitive long distance handicap.

Aidan O’Brien has won the Dewhurst Stakes in each of the last three years. He always attacks this race with a string of high class two-year-olds but decided against entering the unbeaten Ten Sovereigns having teased racing fans by suggesting he could compete at Newmarket. Even without Ten Sovereigns, this remains one of the hottest tickets of the season with four horses featuring towards the top of the betting for the 2000 Guineas in attendance.

Each of the leading contenders for the Dewhurst – Too Darn Hot (evens), Sangarius (7/2), Anthony Van Dyck (9/2) and Advertise (8/1) – will be there or thereabouts on Saturday but three of the last two renewals have been won by the favourites and Too Darn Hot could well prove too good on the day.

John Gosden knows the size of the task ahead of his leading two-year-old but is delighted with what he’s seen so far. Too Darn Hot has won each of his three starts so far but it’s the nature of his performances rather than just the results that suggests he’ll win on Saturday. Those with an interest in breeding have long thought that Too Darn Hot will be a major player in the big middle distance races but the pace he’s shown to date has been a pleasant surprise to say the least. He is adaptable enough to win however the race pans out so Too Darn Hot looks a good price at evens with bet365.

Too Darn Hot to win at Evens with bet365

The Cesarewitch Stakes Handicap isn’t just one of the highlights of the Future Champions Festival at Newmarket, it’s one of the best betting heats of the entire season. 54 horses were entered for a place in this 34 runner Class 2 handicap which is run over a demanding distance of two miles, two furlongs.

Withhold’s win in last year’s Cesarewitch was atypical as he was the first winning favourite in eight editions. In that time there two 66/1 winners and a 50/1 winner, in fact 12 of the last 16 winners went off at double figure odds. The variety in the odds of recent winners doesn’t exactly help narrow things down but the fact that only one three-year-old has won in 15 years, that 13 of 16 had previously won over 1m6f and that winners carrying over 9st 1lb are very rare should help punters.

When it comes to ensuring that a horse has what it takes to win the Cesarewitch Stakes, winning the Cesarewitch Trial is a very good indicator. That’s one of the reasons why Ian Williams is excited about the prospects of Stars Over The Sea but he does look to be carrying too much weight. Instead, it could pay to bet on Cleonte at 16/1 with Coral. After all, Andrew Balding’s five-year-old beat Stars Over The Sea last time out over two miles at Ascot. He has the stamina to win over this trip and is used to competing in big fields but an each way bet makes more sense than simply backing Cleonte to win.

Cleonte each way at 16/1 with Coral