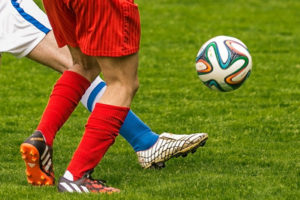 We take a break from domestic action to let international football take centre stage this week. The UEFA Nations League returns, with England in action against the 2018 FIFA World Cup finalists Croatia. Scotland, Republic of Ireland and Northern Ireland also play in the Nations League.

There are also a couple of interesting international friendly fixtures taking place. Wales host Spain at the Principality Stadium on Thursday, while world champions France entertain Iceland on the same night.

The Nations League is starting to hot up and take shape, and we have plenty of matches to look forward to over the next week or so. Scotland make the trip to Israel on Thursday for their second game of the tournament, while Northern Ireland are in Austria, and Croatia and England go head-to-head in Rijeka on Friday night. On Saturday evening, Republic of Ireland host Denmark at the Aviva Stadium.

Alex McLeish’s Scotland continue their Nations League C, Group 1 campaign with a trip to Haifa to play Israel on Thursday. The Scots are expected to take all three points from this one at the Sammy Ofer Stadium.

An own goal and a Steven Naismith strike was enough in a 2-0 win for Scotland against Albania at Hampden Park in their opening match. As for Andi Herzog’s Israel, they were beaten 1-0 by the Albanians last month.

McLeish’s side should stroll to all three points in Haifa on Thursday. We fancy Scotland to pick up another 2-0 win, which you can get at 14/1 with Betfred, long odds that are well worth a small interest.

Jerzy Brzeczek’s Poland and Fernando Santos’ Portugal do battle at the Silesian Stadium in Chorzow on Thursday evening. Italy, who have already played twice, are bottom of League A, Group 3 behind Poland and Portugal at present.

The Poles started their tournament with a hard-fought 1-1 draw with the Italians at Bologna’s Stadio Renato Dall’Ara last month. Meanwhile, the current European champions were 1-0 winners over Italy in Lisbon.

This should be an entertaining fixture between these two, but our money is going on a Portugal win. The away side to be winning at half time and full time at 10/3 (bet365) has caught our eye and offers good value.

Northern Ireland travel to the Ernst-Happel-Stadion in Vienna to play Austria on Friday night. Both sides will be looking for their first points in Nations League B, Group 3.

Norn Iron were beaten 2-0 by Bosnia & Herzegovina in their opening game, with the Bosnians then sealing a 1-0 win over Austria. Meanwhile, N Ireland and the Austrians have not met since a 2006 World Cup qualifier back in October 2005.

This is a big game for both teams, but we fancy the hosts to come out on top in Vienna. The Austria win is available at 1/2 with BetVictor and whilst that may look short we feel it is a great option for a big bet or as part of an acca.

Roberto Martinez’s Belgium face Vladimir Petkovic’s Switzerland in a Nations League A, Group 2 matchup on Friday. Both secured wins in their first games, but the Belgians are favourites in this one.

Belgium, who had a strong but ultimately disappointing World Cup in the summer, kicked off their Nations League tournament with an easy 3-0 win in Iceland. As for the Swiss, they thumped the Icelanders 6-0 in St. Gallen.

The winners of this one will put themselves in a great position in the group. It could be close in the Belgian capital, but we’re backing Martinez’s men to get the job done on home turf. The Belgium win and both teams to score is priced at 19/10 with BetVictor.

Gareth Southgate’s young England make the trip to Rijeka to play Zlatko Dalic’s Croatia on Friday night in Nations League A, Group 4. The Croatians and Three Lions have zero points to their name, with Spain sitting pretty on six despite their lacklustre showing in Russia in the summer.

Spain opened up this group with a 2-1 win over England at Wembley Stadium last month, coming from behind to temper English optimism. A few days later, Luis Enrique’s men put six goals past the 2018 World Cup runners-up in Elche. Due to Spain’s dominance, both teams could do with a win on Friday.

Croatia were left shell-shocked after their defeat in Spain, and this will no doubt be another tough assignment for Dalic’s side. We can see the English holding the hosts to a draw (11/5 at Betfair) on Friday.

One of the standout matches from this round of Nations League fixtures is the Netherlands v Germany game on Saturday. The Germans head to Amsterdam as slight favourites as they seek to put their World Cup debacle well and truly behind them.

Holland started Nations League A, Group 1 with a narrow 2-1 defeat to world champions France. As for Joachim Low’s troops, they were held to a 0-0 draw by the French at the Allianz Arena in Munich.

Both nations have had their ups and downs of late, and we can see this mouth-watering match finishing all square in Holland’s capital. These two often play out close games, so back the 1-1 draw at 6/1 with Betfred.

Martin O’Neill’s Republic of Ireland entertain Age Hareide’s Denmark at the Aviva Stadium in Dublin on Saturday. The Irish will be hoping to bounce back after their humiliating loss in Cardiff last month.

Ireland were thumped 4-1 by Wales in their opening fixture of this tournament, leaving themselves with plenty of work to do. After hosting the Danes on Saturday, the Irish welcome the Dragons to Dublin next week and will be hoping for six points from six on home soil.

However, two Christian Eriksen goals were enough to give Denmark a 2-0 win over Wales in their opener, and we can see the Danes leaving the Aviva with another three points in the bag. BetVictor have the best odds on the away win, pricing Denmark at very tempting odds of 11/5.

Wales and Spain, who are both in Nations league action next week, meet in Cardiff for a friendly on Thursday. On the same night, Didier Deschamps’ France and Erik Hamren’s Iceland square off at the Stade Municipal de Roudourou in Guingamp. These may only be friendlies, but both games should provide plenty of entertainment, especially for those who have some money riding on matters!

On Thursday night, Wales are back at the Principality Stadium for the first time since 2011 when Spain visit the Welsh capital for a friendly. As expected, Enrique’s men are the strong favourites in this clash.

With these two in Nations League action next week, both teams will be eyeing up a positive result in Cardiff. This will be the first meeting between Wales and Spain since a 1986 World Cup qualifier back in April ’85.

Wales’ youngsters will be hoping to give a good account of themselves against one of Europe’s elite, but Spain should be too strong for Ryan Giggs’ boys in Cardiff. Have a punt on the visitors to win to nil at 21/20 (Ladbrokes).

After two heavy defeats in the Nations League, Hamren and his Iceland side will be hoping to restore some pride when they face world champions France at the Stade Municipal de Roudourou in Guingamp in a friendly on Thursday.

Les Bleus are still riding on the crest of a wave following their heroics in Russia just a few months ago. Deschamps’ men will be eager to keep that momentum ticking along nicely with another win on Thursday and it’s hard to look past a routine home win with an obvious imbalance in class in this showdown.

Whichever XI the French boss chooses to field should be good enough to pick up a solid win over the Icelanders on Thursday. With that in mind, put a few quid on the hosts to win -2 at 11/8 at Coral.